Crunchy, sweet, and brimming with maple and cinnamon flavors, these Maple Cinnamon Pecans are the perfect snack to munch on throughout the day! 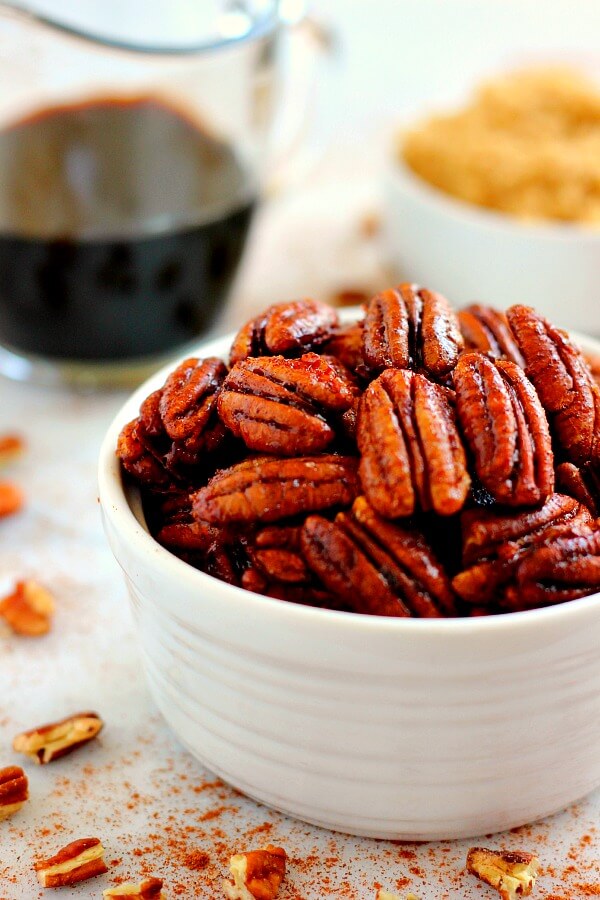 When it comes to snacking throughout the day, I can pretty much take it or leave it.

I’ve never really been much of a snacker, though I do love those kinds of foods. Lately I’ve been trying to make more of an effort to bring some healthier snacks to work to keep my hunger levels at bay. And when I’m hungry, my stomach makes it well-known by angrily growling. And when that happens, I pretty much get hangry.

One food that I usually keep stashed in my kitchen pantry and at my desk at work is mixed nuts. Sometimes I splurge and buy chocolate covered almonds, while other times I opt for the healthier route and buy those 100-calorie packs. But whatever the case may be, I’m not picky about mixed nuts and love them all. 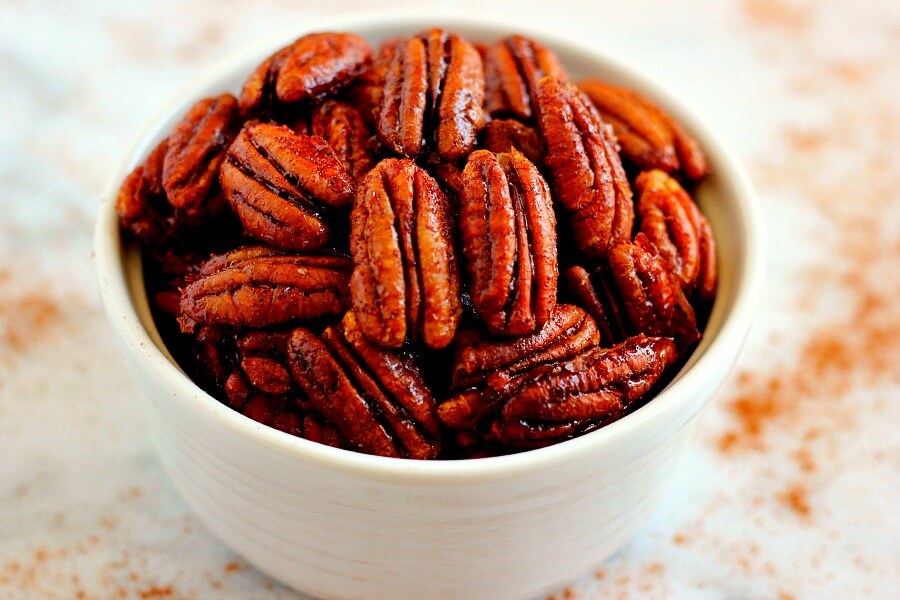 So it finally occurred to me to make my own snack version, which would save me money and be more delicious than the store-bought kind.

I’ve made cinnamon sugar almonds before, so I decided to go a different route and make these easy Maple Cinnamon Pecans. Crunchy, sweet, and brimming with maple and cinnamon flavors, these pecans are the perfect snack to munch on throughout the day.

And let me tell you, these Maple Cinnamon Pecans are addictingly (that’s a word, right?) delicious!

The smooth maple syrup and cinnamon pair so well together, which creates a sweet and crunchy coating on the pecans. And because this recipe is so versatile, you can customize it to fit your tastes. If you don’t like pecans, swap them out with almonds! Don’t like cinnamon? Leave it out! 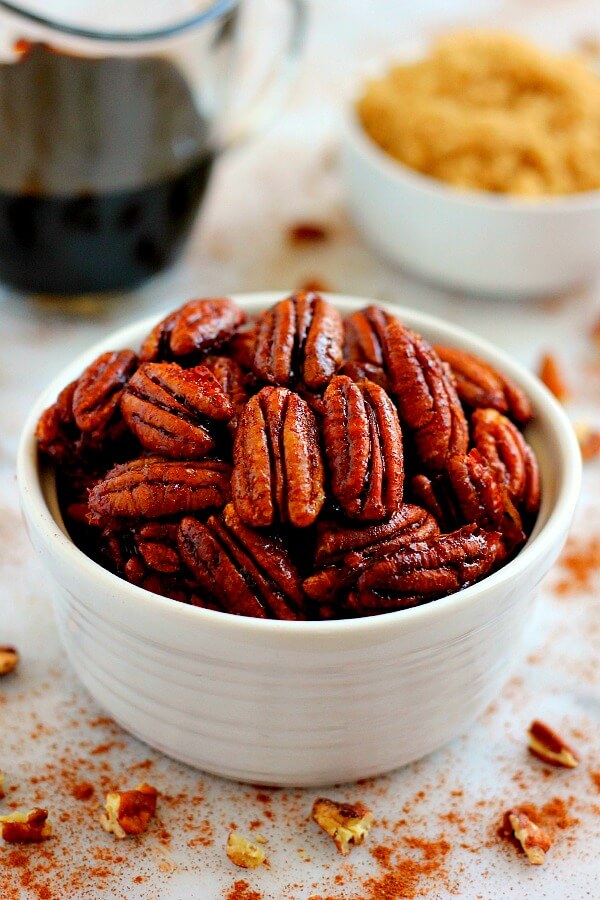 And because I’m always on the hunt for easy recipes, these Maple Cinnamon Pecans definitely fit the bill. From start to finish, you can have this tasty snack whipped up in less than a half hour. So that means less time in the kitchen and more time devouring these nuts.

To make these pecans, you’ll combine some melted butter, maple syrup, brown sugar, cinnamon, and a dash of salt. Toss the pecans into the wet ingredients and then spread out evenly on a lined baking sheet. Pop these pecans into the oven and bake for about 10-15 minutes, or until lightly browned and the coating is set.

Easy, delicious, and full of flavor, these Maple Cinnamon Pecans make the a tasty treat to take to grab ‘n go. I divided these pecans into small portions so that I can keep some at work and also at home.

So the next time you’re thinking of buying those store-bought nuts, skip it and make these home-made Maple Cinnamon Pecans! 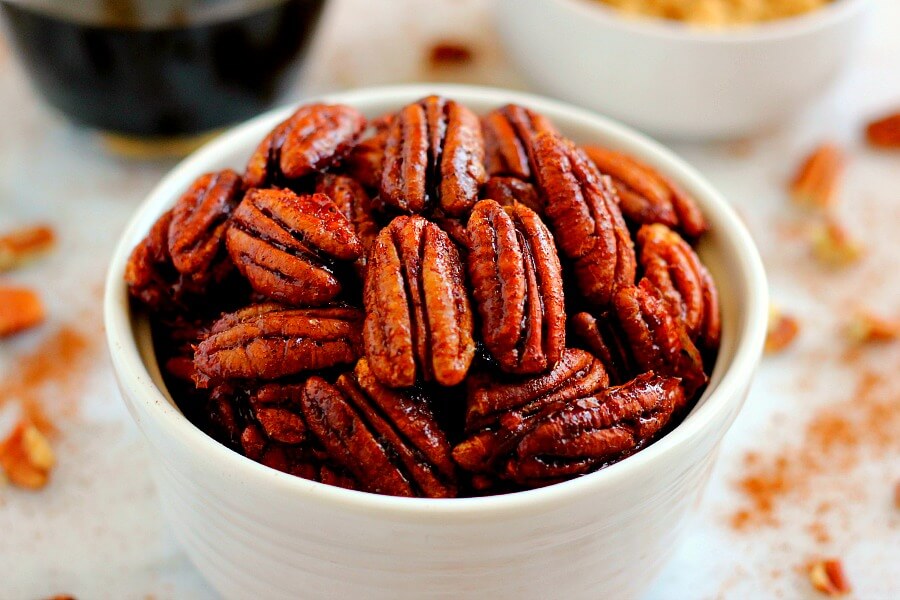 Looking for more easy snack recipes? I’ve got you covered!