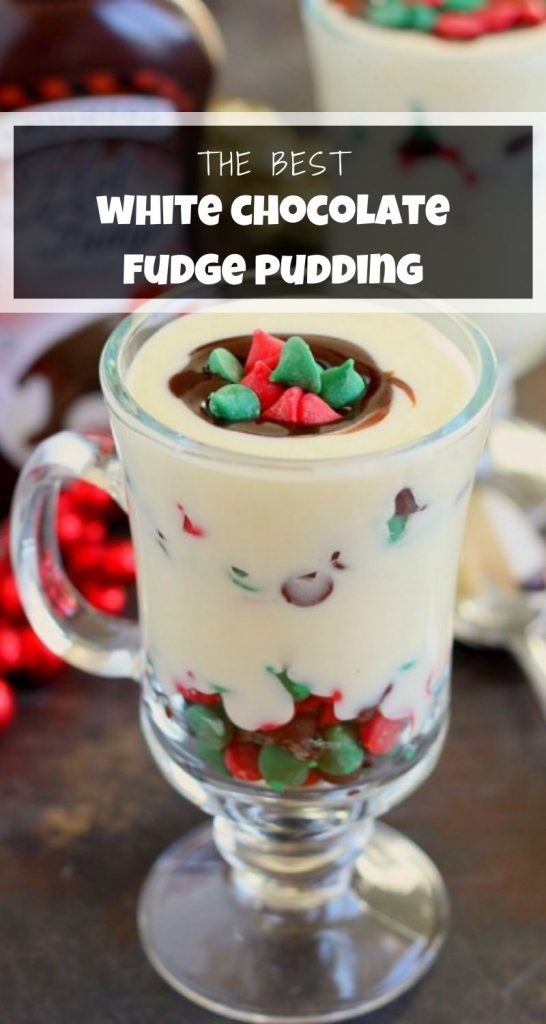 This White Chocolate Fudge Pudding is creamy, rich, and bursting with flavor. White chocolate pudding is layered with hot fudge and festive chocolate chips. It’s easy to make and so much better than the store-bought kind. If you’re looking for a new dessert for the holiday season, then this pudding is guaranteed to be a favorite! 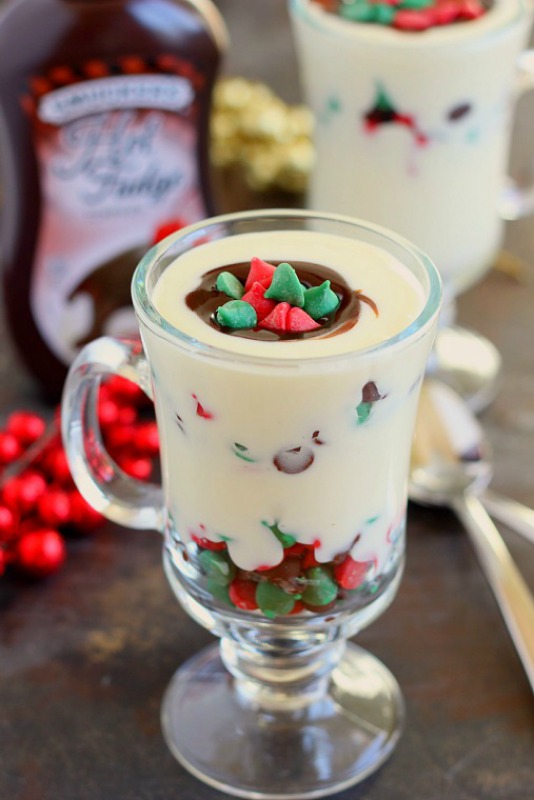 One thing that I look forward to most during the holidays are the traditions that I take part in.

Frosting gingerbread cookies with my family, driving around to look at Christmas lights, and sitting on Santa’s lap every year with the hubster (this will be our 6th year doing that!), I look forward to it all.

I also love being in the kitchen and creating delicious holiday treats to share with family and friends. Yes, I’m a food blogger, so I kind of have to do that, but I always try to stretch my creativity more every year.

My Grandma used to make loads of holiday goodies every year, and her favorite recipe of mine were gingerbread cookies. Since my Grandma passed away years ago, my aunt now takes over the tradition every year. And that’s one baked good that I won’t even attempt to make, as I know they won’t turn out as well as theirs does. 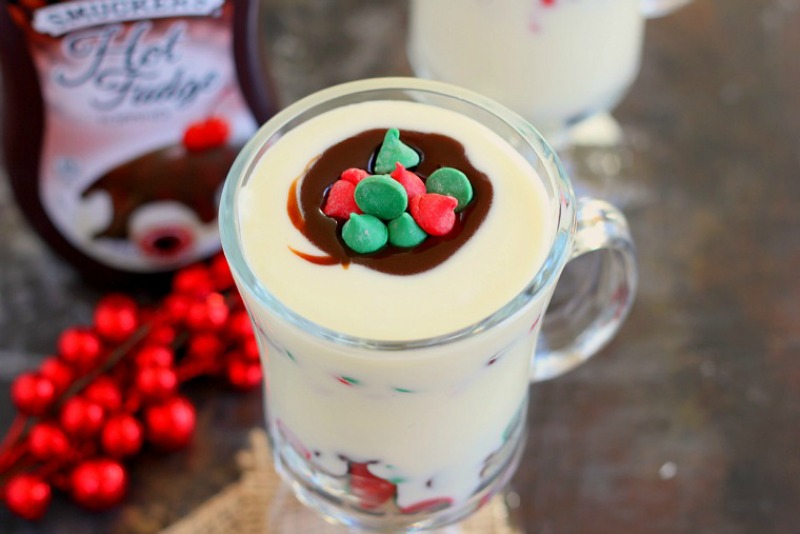 Now, before I get down to the nitty gritty of this pudding, let me just profess my love for anything white chocolate flavored. I absolutely adore white chocolate. I don’t eat it too often, so whenever I do, I feel like I’m indulging in a special treat.

And that’s just how I feel about this White Chocolate Fudge Pudding. It’s rich, decadent, and smooth. 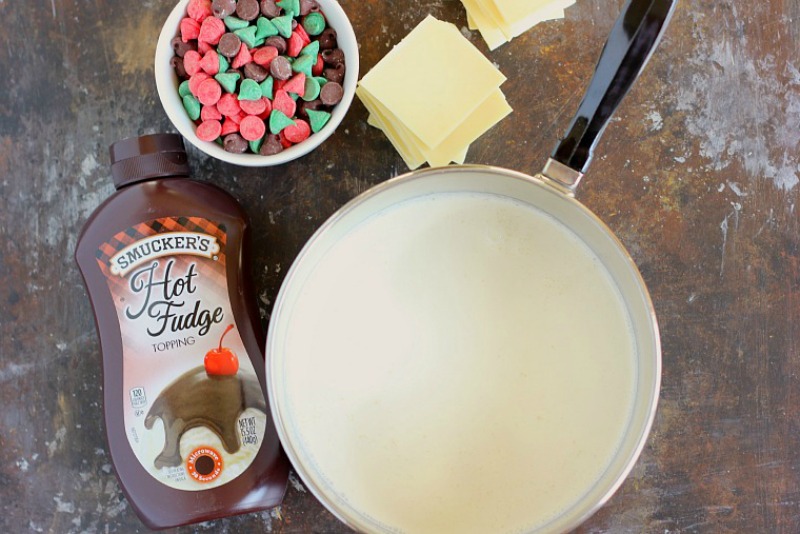 And like most of my recipes, this White Chocolate Fudge Pudding is a breeze to whip up. Simply heat some heavy cream over the stove until bubbles start to form around the edges. Then, remove from the heat and add in the white chocolate. Stir until smooth and then bring to room temperature.

Then, it’s time for the fun part! Layer some chocolate chips into a glass or serving dish, followed by Smucker’s Microwavable Hot Fudge Topping, followed by the white chocolate pudding. Then, repeat with a second layer and get ready to devour.

Easy, delicious, and perfect for the holidays, this White Chocolate Fudge Pudding is sure to be the hit of your holidays! 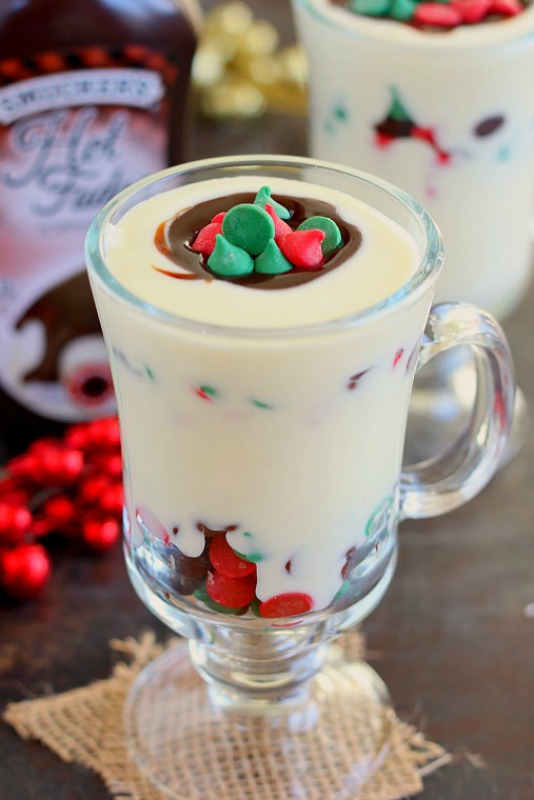 Looking for more holiday treats? I’ve got you covered!