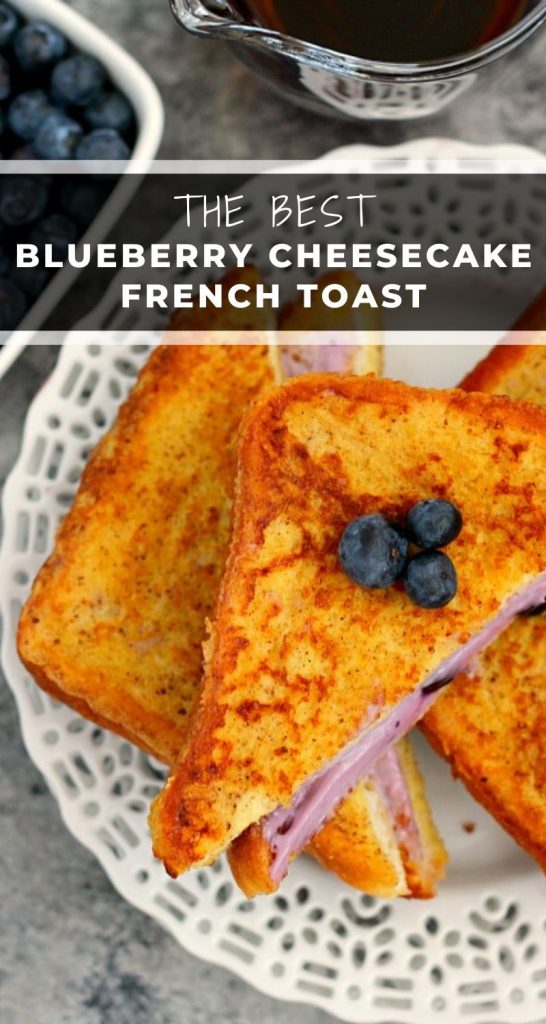 This Blueberry Cheesecake Stuffed French Toast is filled with a sweet cream cheese mixture and then cooked until golden. It’s simple to prepare and makes an indulgent breakfast that will wow your taste buds! 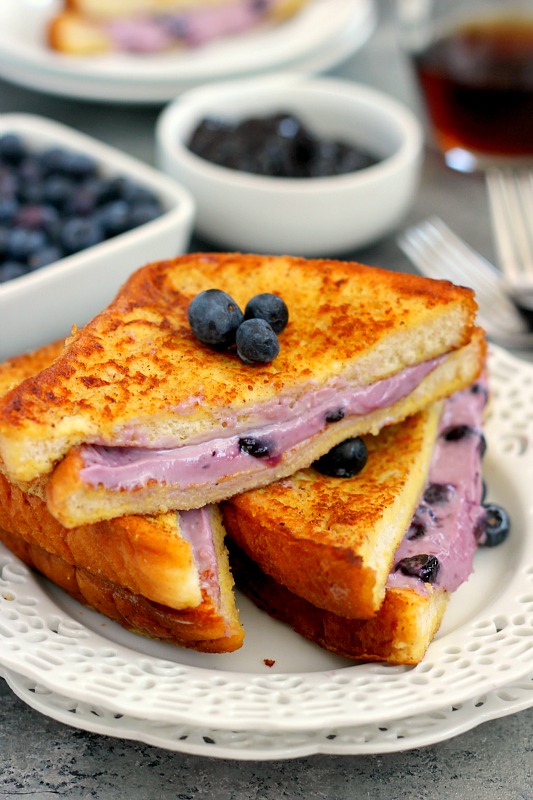 Remember that french toast that I shared last month? Well, I’ve kinda-sorta been hooked on it lately. And that’s surprising because I’m not the biggest fan of French toast (unless you count these French toast cups or this French toast bake.) I’m chalking up my reborn love for French toast to the creative and not-so-boring flavors.

I can’t eat French toast all the time, and I certainly have to be in the mood for it, but every once in a while I get a major craving for this breakfast dish. Please tell me I’m not the only one like this?

Even though I love to go out for breakfast, I never order French toast because I always think that I won’t like it or would’ve wished I would ordered something else. And before last month, it’s been ages since I’ve had an actual piece of French toast (and not the baked, casserole kind).

Which leads me to my latest (and tastiest) breakfast: Blueberry Cheesecake Stuffed French Toast! The name pretty much says it all here, doesn’t it? I just had to smother my French toast with some light and fluffy cream cheese and sweet blueberries. So for all you French toast lovers and even for those who could live without it, this was made for you!

This Blueberry Cheesecake Stuffed French Toast is filled with a sweet cream cheese mixture and then cooked until golden. It’s simple to prepare and makes an indulgent breakfast that will wow your taste buds! 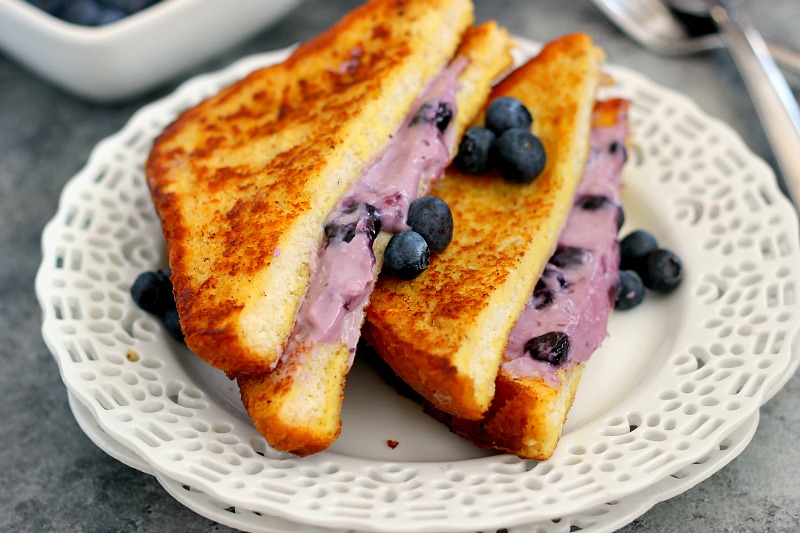 Sweet, fluffy, and all-around delicious, this Blueberry Cheesecake Stuffed French Toast is the perfect breakfast for when you want something warm and full of flavor. When slathered on the warm French toast, the cream cheese mixture gets all melty, which is pretty much the best thing ever.

Even though this French toast may look a little time consuming, it’s actually very easy to whip up. This dish is perfect for lazy weekends or busy week day mornings since it takes just minutes to prepare.

Simply whisk together your wet ingredients, dip the bread slices into the mixture, and then place them onto a buttered skillet. Flip over to ensure that both sides are golden brown and then move to a plate to keep warm. After all of your bread slices have been baked, it’s time for the fun part!

Spread the cream cheese mixture between two slices of French toast and then sandwich together. Drizzle some warm maple syrup on top, along with a few blueberries, and your breakfast is ready to be devoured.

The sweet bread and combination of cream cheese and blueberries takes this breakfast to a whole new level. Even if French toast really isn’t your go-to breakfast, I guarantee you’ll love this flavorful dish! 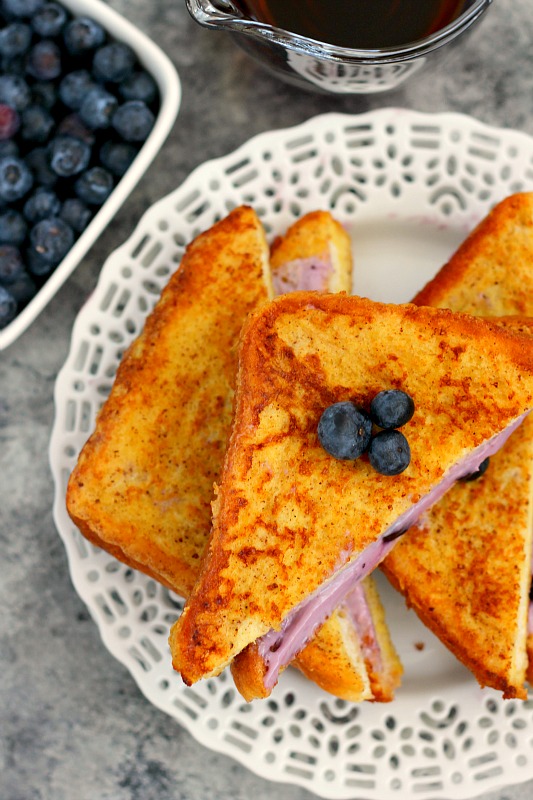 Looking for more French toast recipes? I’ve got you covered!