These Cinnamon Sugar Baked Donut Holes are soft, fluffy, and easy to make. Sweet cinnamon and sugar gives this simple baked donut the perfect touch of flavor. Perfect to serve for breakfast or dessert!

This post has been sponsored by Seattle’s Best Coffee. All thoughts and opinions are my own.

If you’ve been hanging around here long enough, then you know that I love my coffee.

Every morning, I eagerly look forward to my first hot cup of deliciousness. And ever since I bought Seattle’s Best Coffee® House Blend K-Cup® Pods, I’ve been savoring my cup of joe just a little more slowly. After all, it’s the quality of those coffee beans that makes my mornings extra tasty.

Have you tried Seattle’s Best Coffee before? It’s a favorite of mine. I love that they source the highest quality Brazilian coffees, tasted numerous times before going into your cup. It also means cafe quality beans at a price you can feel good about. And the House Blend K-Cup® Pods that I picked up are a rich, smooth, and savory medium roast. You can’t beat that in a great cup of coffee!

While I can be somewhat habitual when it comes to breakfast, I usually like to pair my cup of coffee with some kind of dish to get me going in the mornings. And while yogurt, toast or cereal usually are the top contenders, I do like to switch it up. Especially with something sweet. 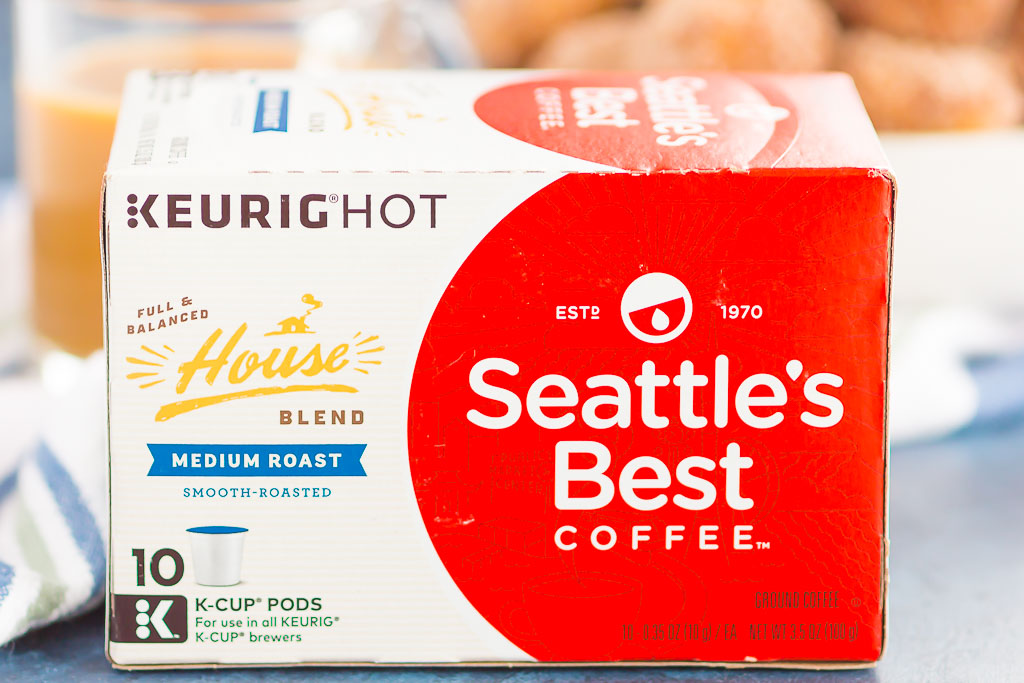 If you’re thinking about donuts, you’re on the right track, friends!

These Baked Cinnamon Sugar Donut Holes are soft, fluffy, and easy to make. Sweet cinnamon and sugar give this simple baked donut the perfect touch of flavor. Perfect to serve for breakfast or dessert!

Cinnamon sugar donuts and a hot cup of Seattle’s Best Coffee House Blend are the perfect combination. It just screams coziness, doesn’t it?

I have always loved whipping up a batch of baked donuts. After all, baked is better (and easier) to make than the fried kind. Simply mix the dry ingredients, followed by the wet ingredients, and then combine the two together. Pipe (or spoon) into a mini muffin tin and let the oven work its magic. 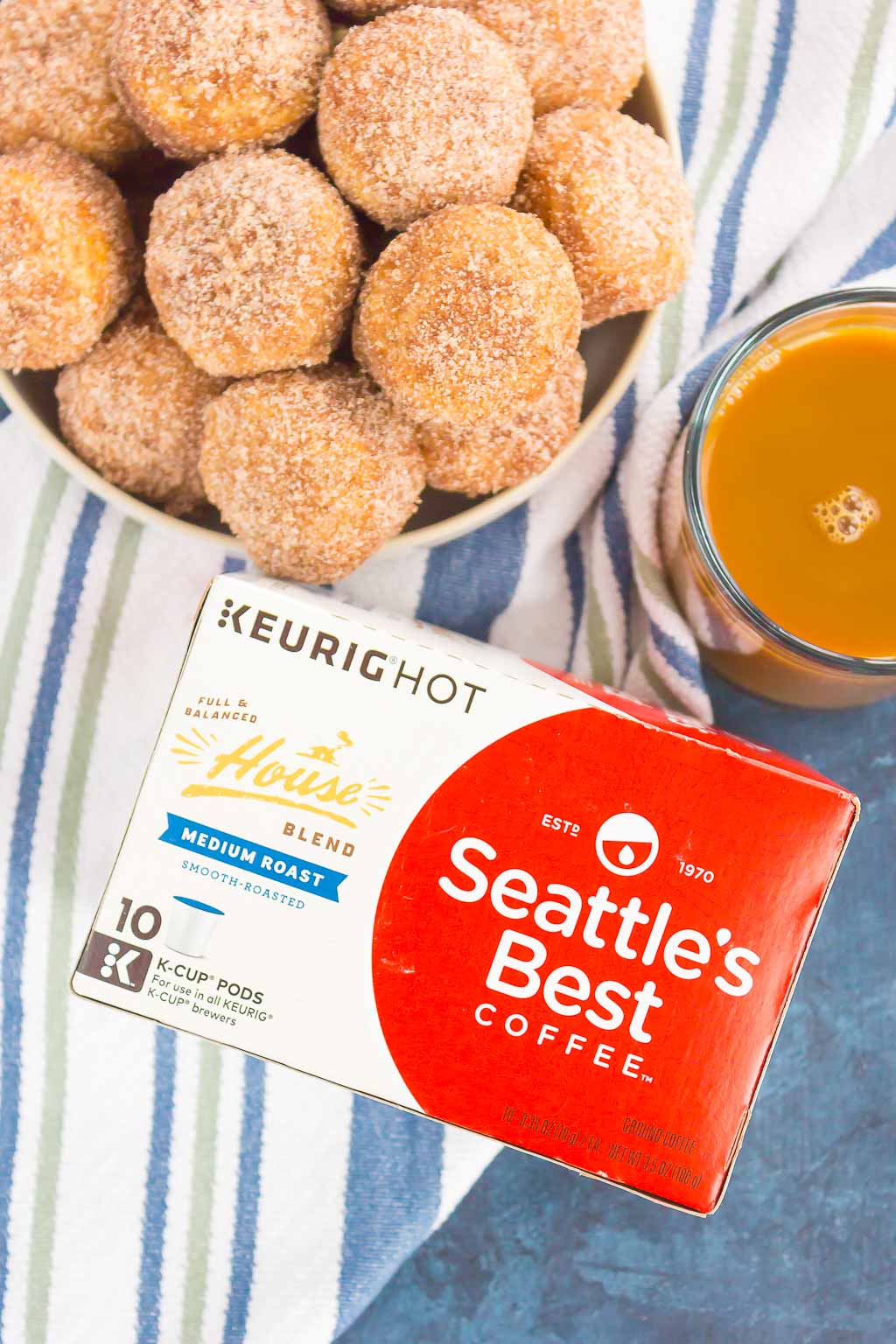 Homemade donut holes can be made with a handful of pantry staples. Here’s what you’ll need to make this recipe: 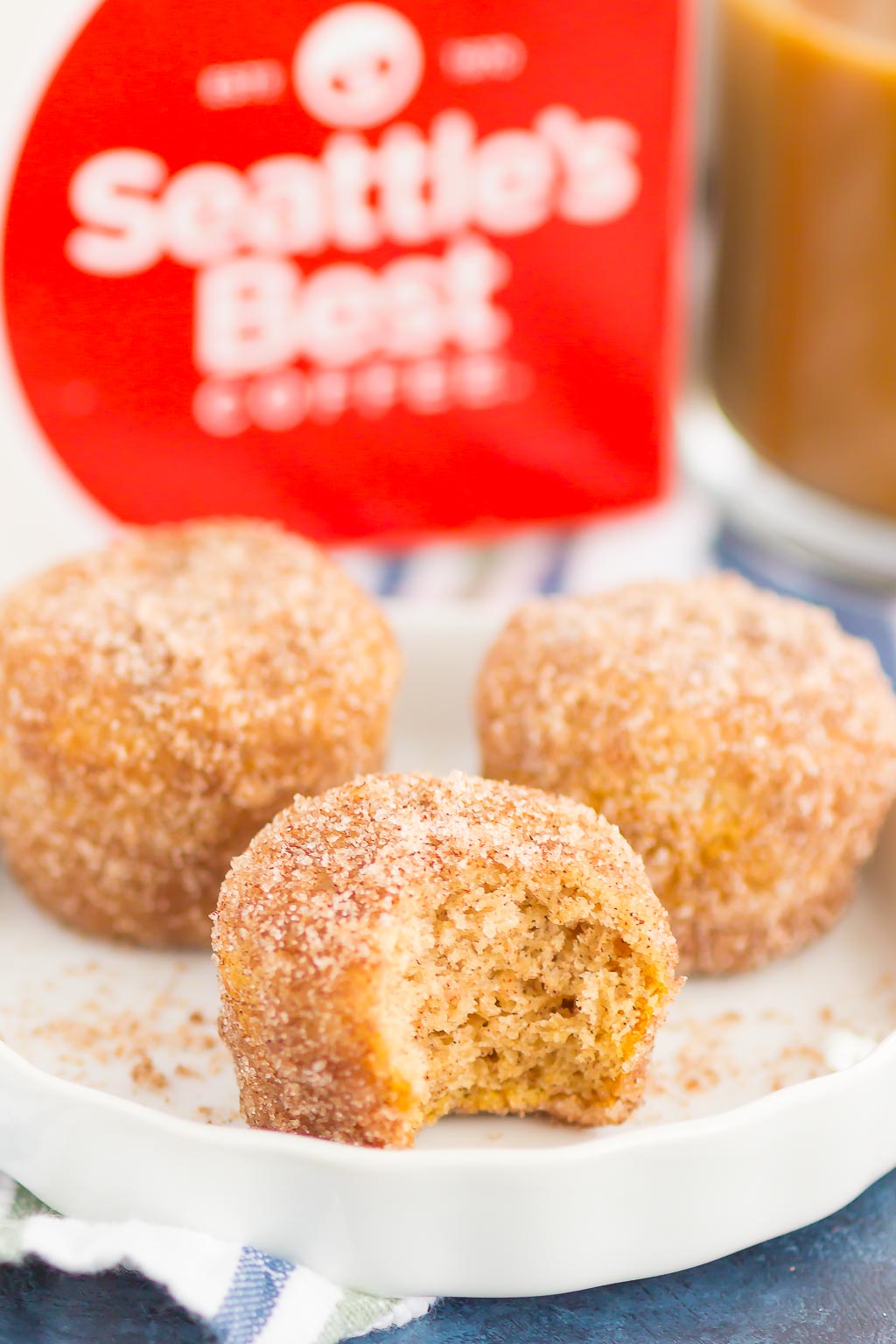 How to Make Baked Donut Holes

Like most of my recipes, these Baked Donut Holes are a breeze to make. Not only is the recipe simple, but you can have this prepped and ready to be devoured, along with that delicious cup of coffee, in no time. 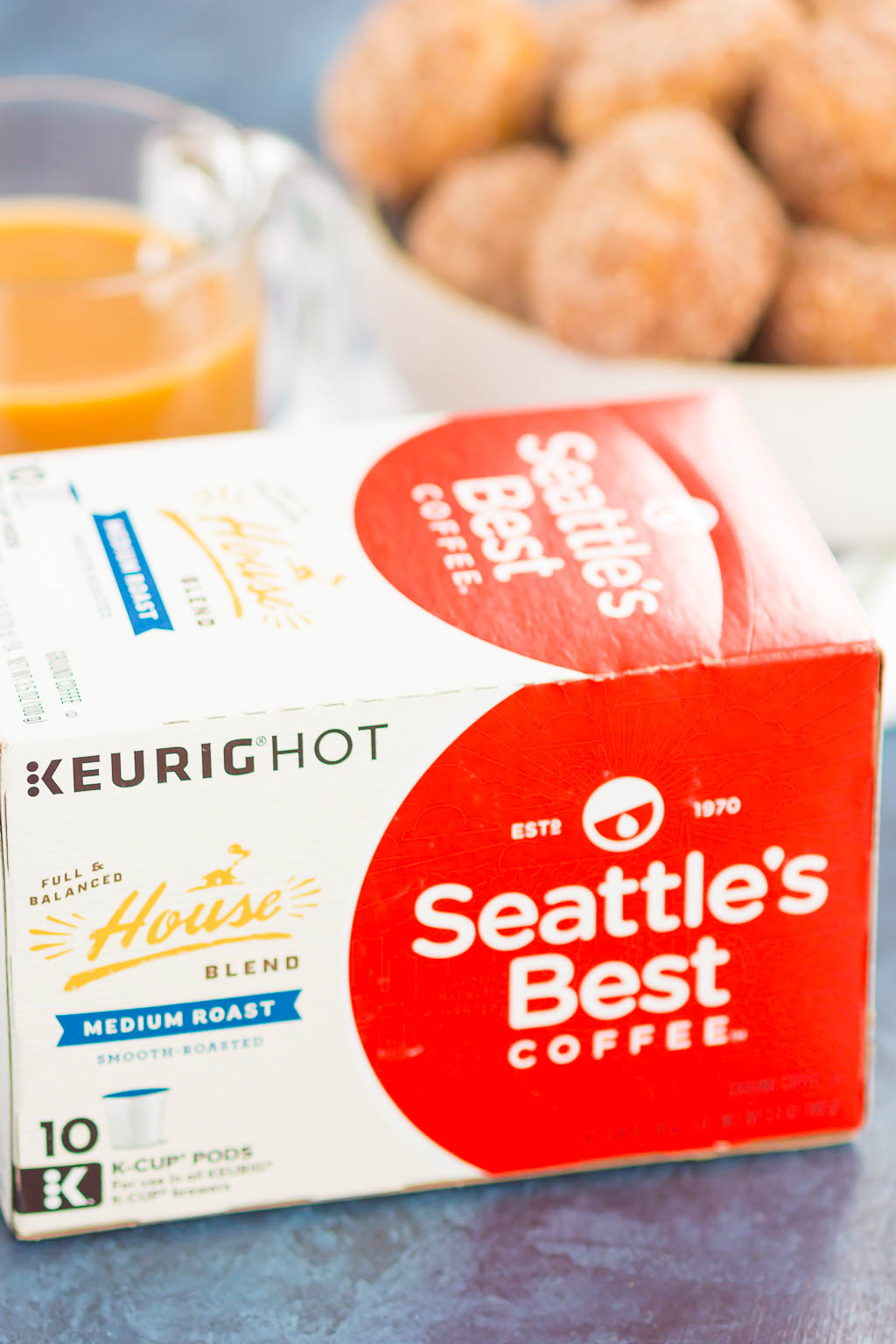 Can I Substitute the Yogurt?

The yogurt gives the donuts a moister texture. I haven’t made them without yogurt, but you could try substituting vegetable oil in its place, though I’m not sure how it would affect the taste.

How to Store Donut Holes

Homemade donut holes are best eaten the day they’re made, but they’ll last up to 3 days if stored at room temperature.

Can I Use Gluten-Free Flour?

Maybe, but I’ve only tested this recipe using all-purpose flour so I can’t say for sure. 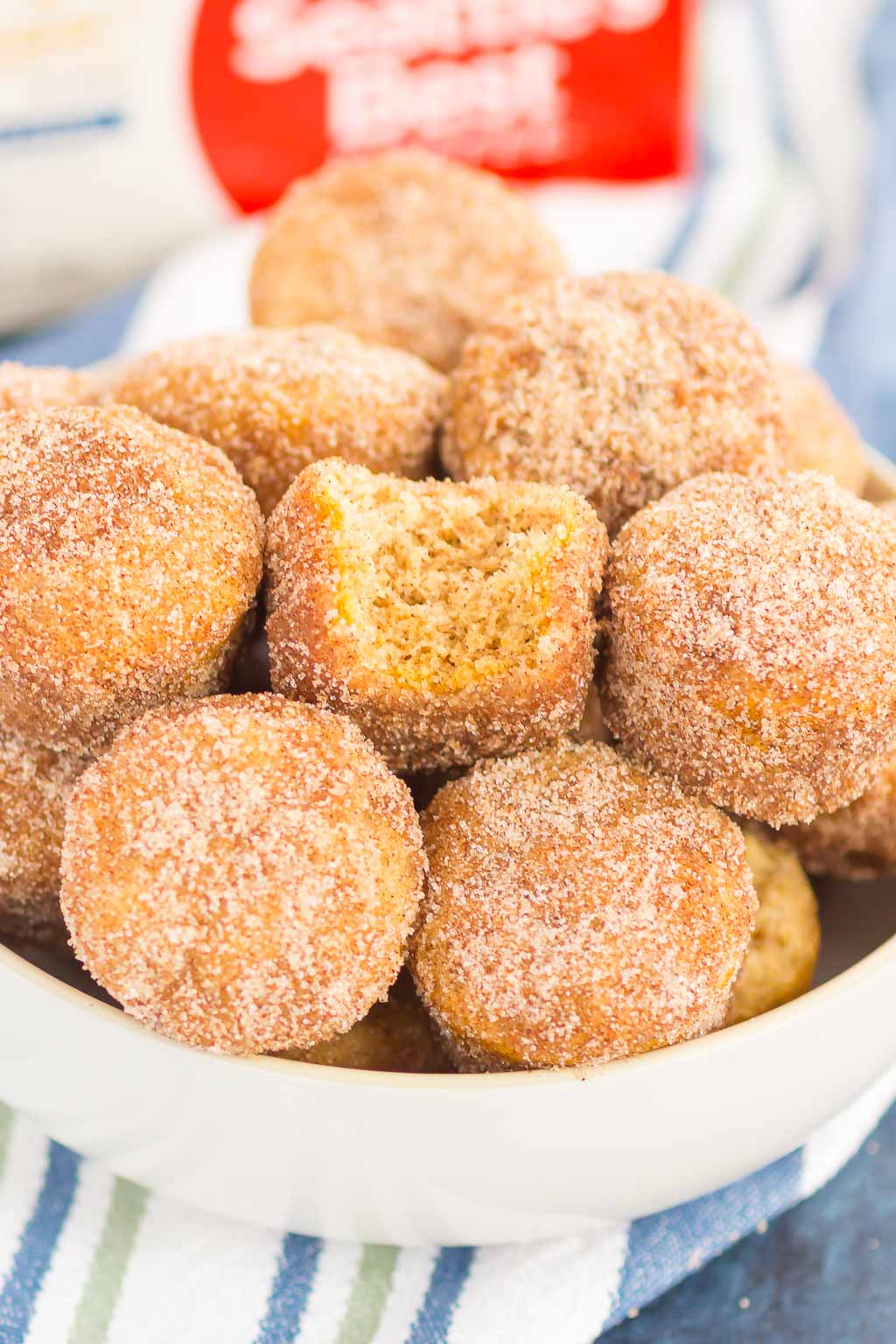 Trust me when I say that these Baked Cinnamon Sugar Donuts are knock-your-socks-off good. That sweet topping and fluffy donut is the perfect bite-sized treat for when you want something extra special. 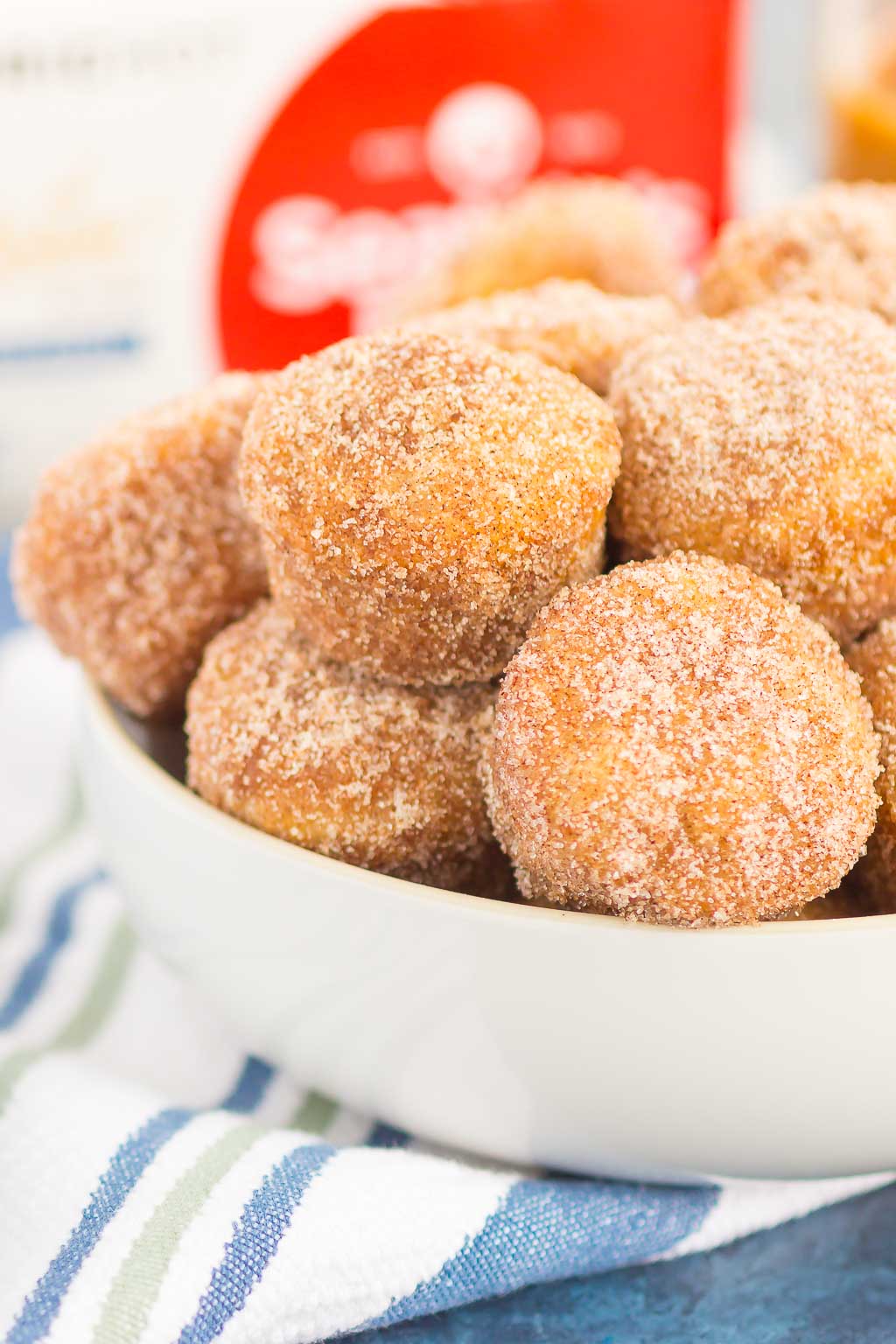 Looking for more easy donut recipes? I’ve got you covered!