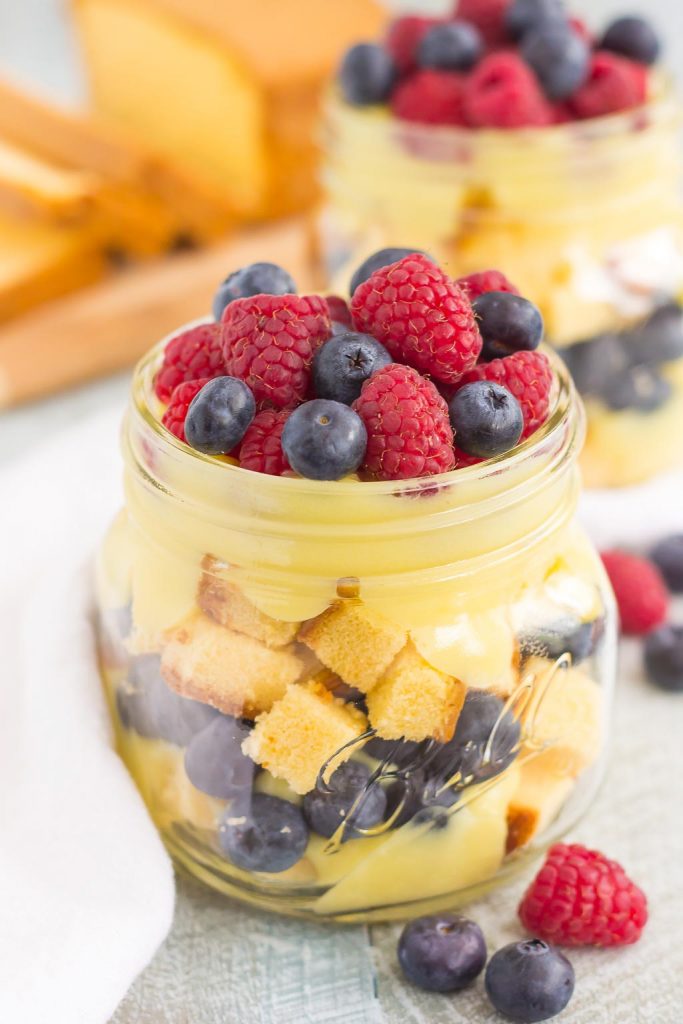 We’re just one week away from July 4th…how can that be?

When I was younger, the 4th of July always stood out as the halfway point of summer to me. Before this time, it was still early summer, which meant that I had days upon days on endless fun stretched ahead of me. When July 4th hit, it signified that summer was halfway done, but, it was still full of adventure before school started.

Even though I’m fully grown and haven’t been in school for quite some time now, I still think of the 4th as the halfway point of summer. I still even get that back-to-school feeling when August rolls around!

So, I’m squashing the feeling of summer being almost halfway over with…which, really, it’s not! Instead, let’s just focus on some patriotic treats today. Sound like a plan? 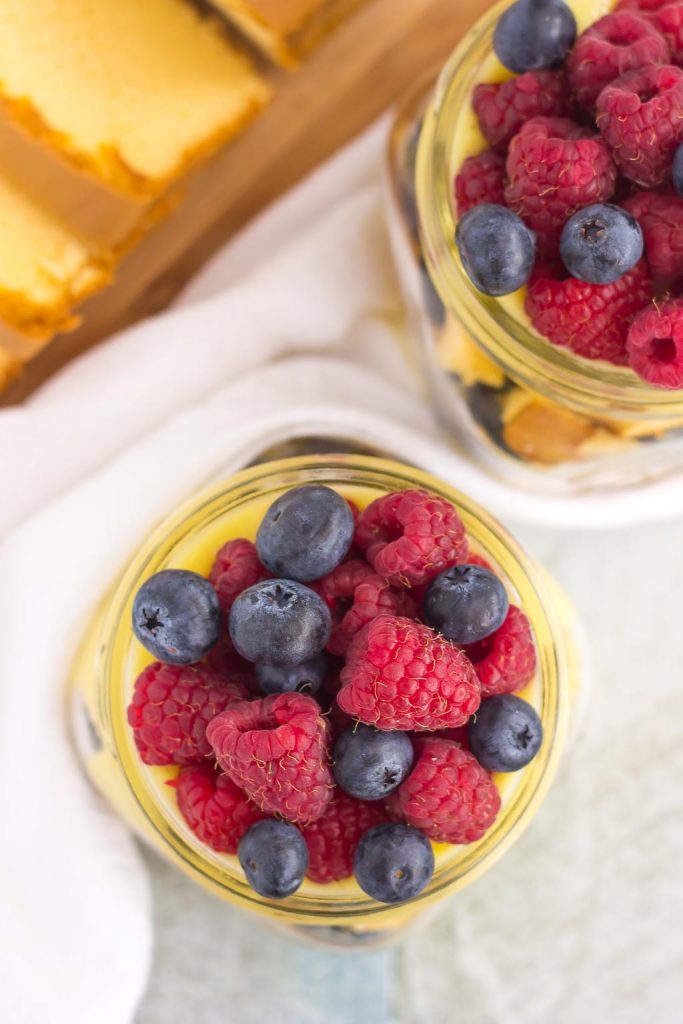 And speaking of plans…do you have anything fun planned for the holiday? I’m looking forward to the three day weekend and watching some fireworks! Along with this Berry Vanilla Pudding Pound Cake Trifle, of course!

If you’ve been hanging around here long enough, you know that easy treats are the name of my game. So, it only seemed fitting to share with you a simple, yet festive treat that just screams summer and 4th of July fun.

I’m a total sucker for the boxed, instant pudding, which is what I used in this recipe. You can definitely make your own pudding, but to keep things simple, I opted for vanilla. My favorite kind, by the way. And it’s not just any vanilla pudding, it’s mixed together with a creamy whipped topping. It’s gives the pudding a little something extra special.

And that pound cake…I used Sara Lee butter pound cake that you can find in your grocer’s freezer. I’ve mentioned this before (and I’m not getting paid to say this), but Sara Lee pound cake is the best. My favorite! It reminds me of my childhood. Of course, homemade pound cake is even better, but again….we’re going for easy today!

The blueberries and raspberries create a deliciously sweet flavor and are perfectly festive for the 4th. Layer everything together and you have the perfect, Berry Vanilla Pudding Pound Cake Trifle. I chose to serve this in mini mason jars for ease and cuteness, but feel free to use a regular trifle dish.

This simple dessert is impressive enough for parties, get-togethers, and for watching the fireworks on July 4th. And I guarantee you’ll be making this treat all year long! 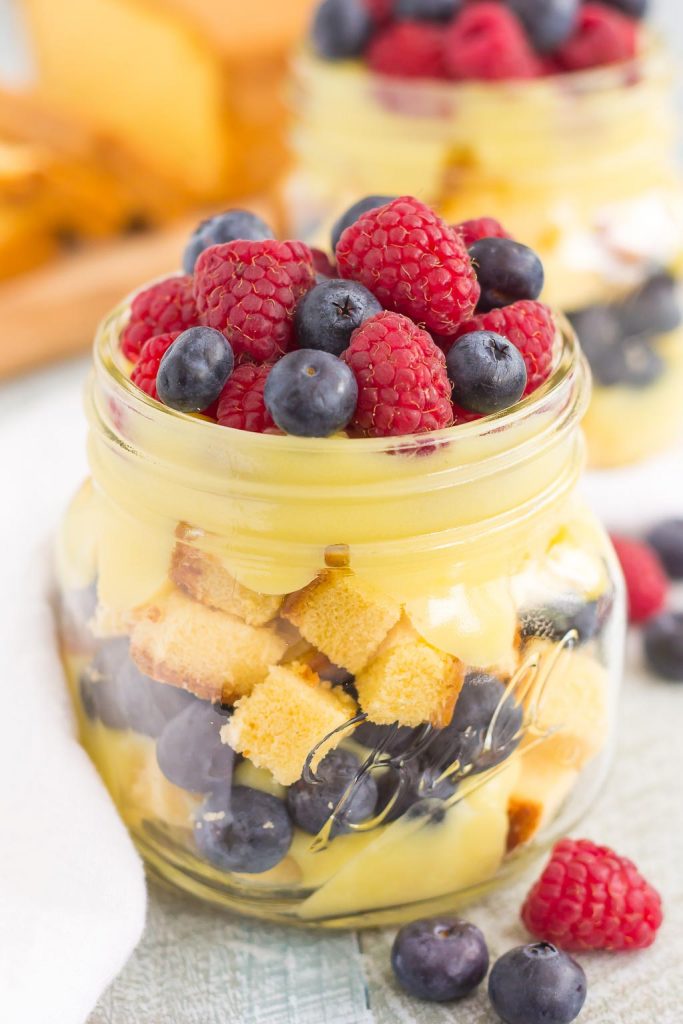 Looking for more summer desserts? I’ve got you covered! 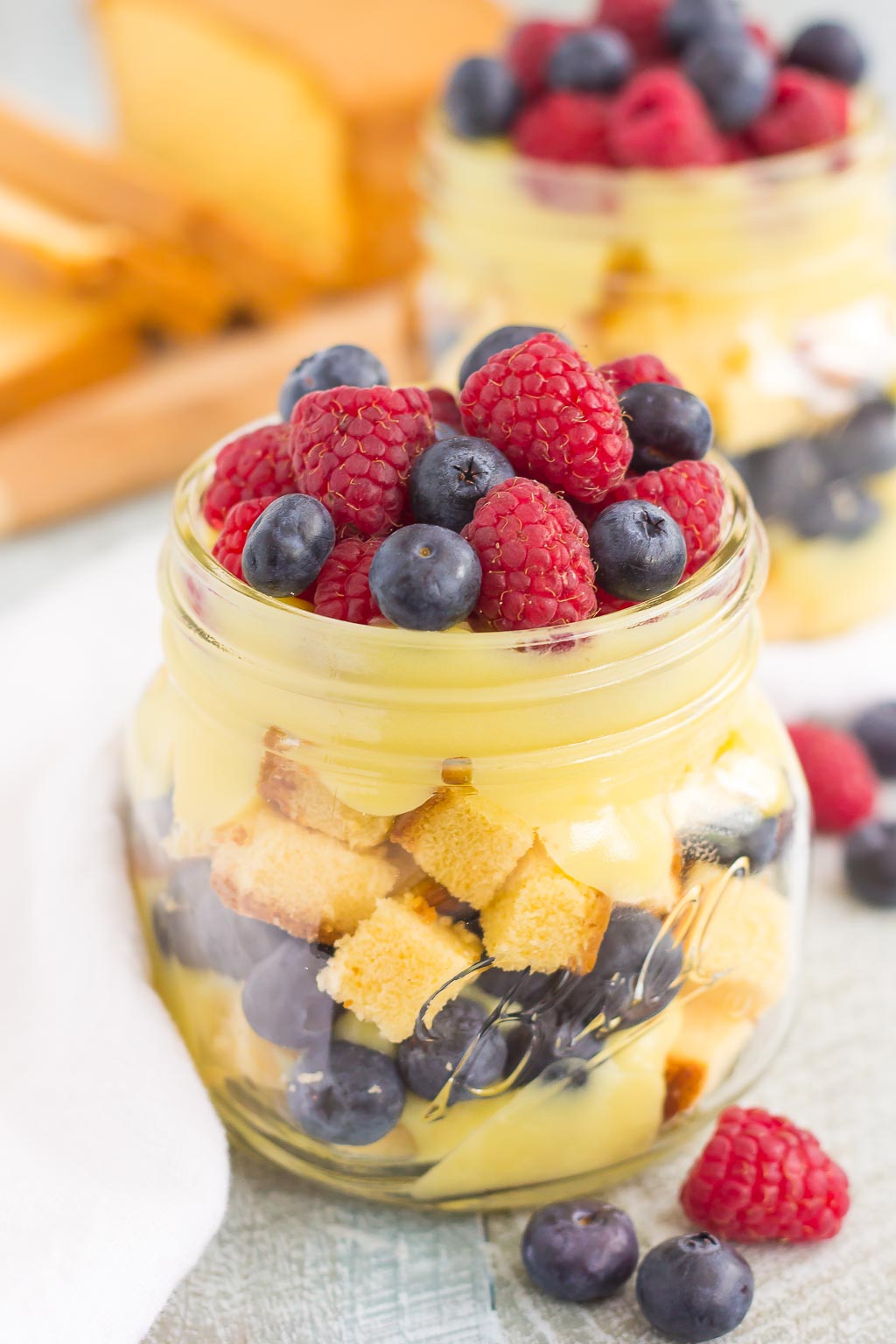