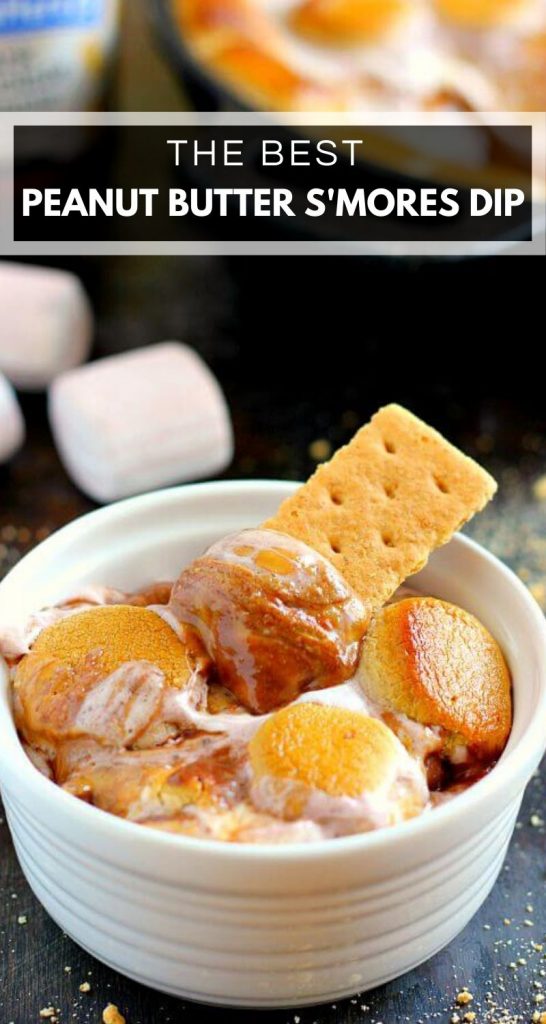 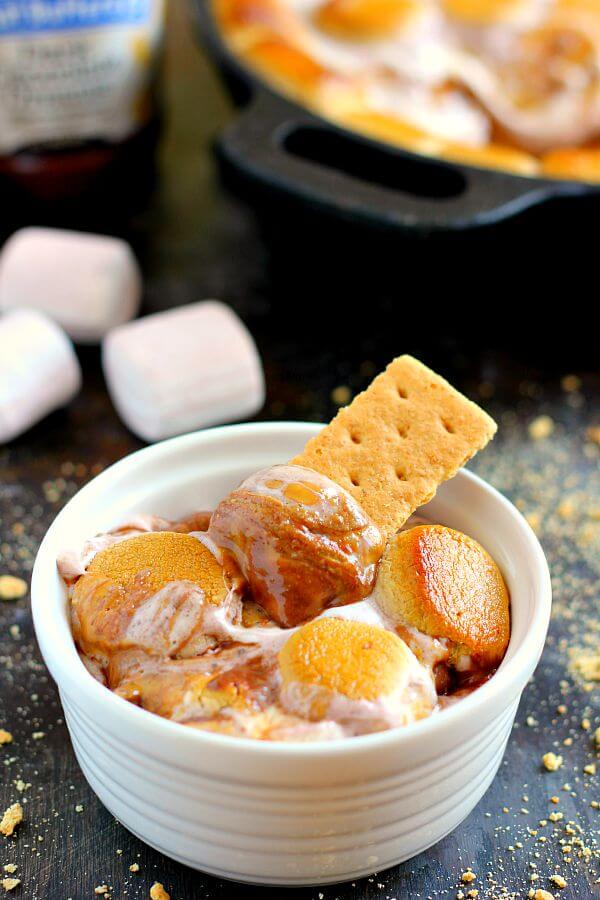 So I have yet another confession to make! Are you ready for it? I don’t like marshmallows. Not even a little bit. The only way I will eat them is if they’re in cereal, doused in hot chocolate, or melted to form rice krispie treats. Did I just blow your mind, or what? I feel like I’m un-American for not liking marshmallows!

The texture kind of grosses me out and I don’t like how the outside is almost rubbery and the inside is mushy-ish. When I was in girl scouts years ago, we were all around a campfire at a retreat and were roasting marshmallows. I tried to convince myself that I liked them, so I burned the heck out of two giant marshmallows that were on a stick. First off, burnt marshmallows are just blech, and secondly, well it’s a marshmallow, so we don’t get along. 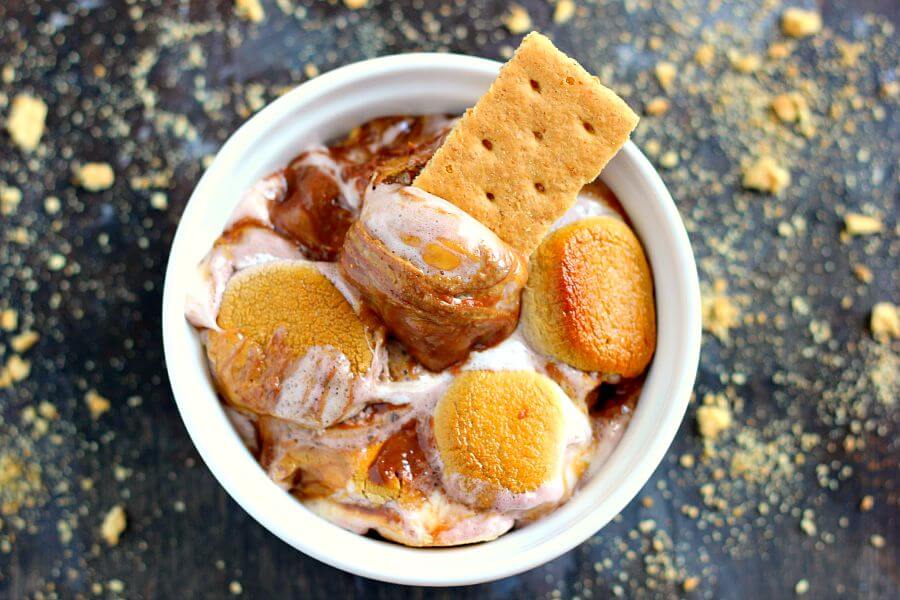 I remember having to eat most of the first one myself (gag) and then giving the second one to a friend. Some girl scout I was, huh?

Needless to say, I’ve never been a fan of making s’mores. I love the graham crackers and chocolate, but can definitely do without the gooey middle. I know, I know…what’s wrong with me, right?

Now that I’m older, my tastes haven’t changed much in regards to these fluffy lil guys. I still don’t like roasting marshmallows and won’t go near any salads with them in it. 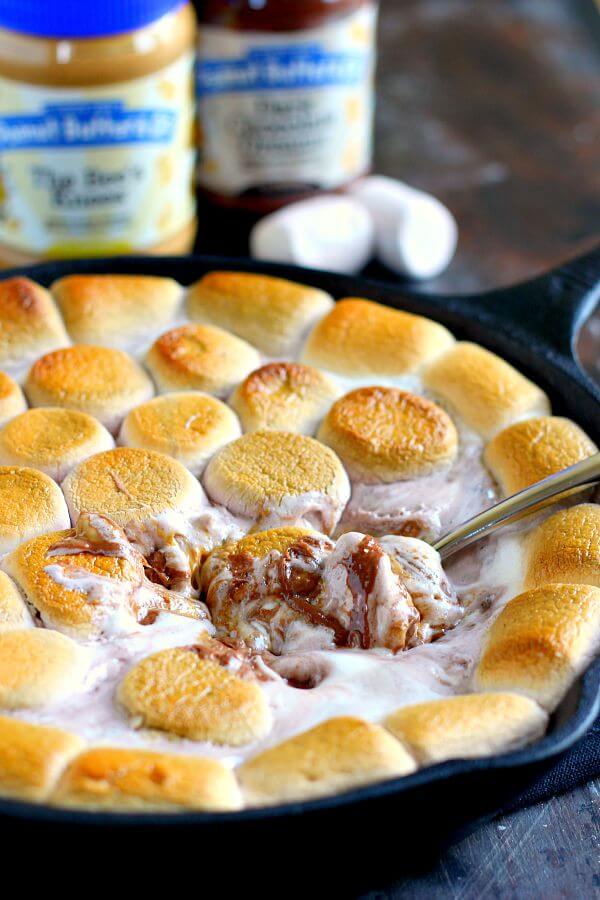 So now I bet you’re wondering why in the world am I sharing this Chocolate Peanut Butter S’mores Dip? After all, it does contain marshmallows. Am I right?

Now back to this Chocolate Peanut Butter S’mores Dip!

When the nice people at Peanut Butter & Co. sent me four of their decadent jars of peanut butter, I knew that I had to create a delectable summer recipe featuring their spread. And that’s when the idea of this dip came to mind. There are a ton of s’mores dips and desserts floating around in Pinterest world, but none are as good as mine. Pinky swear! 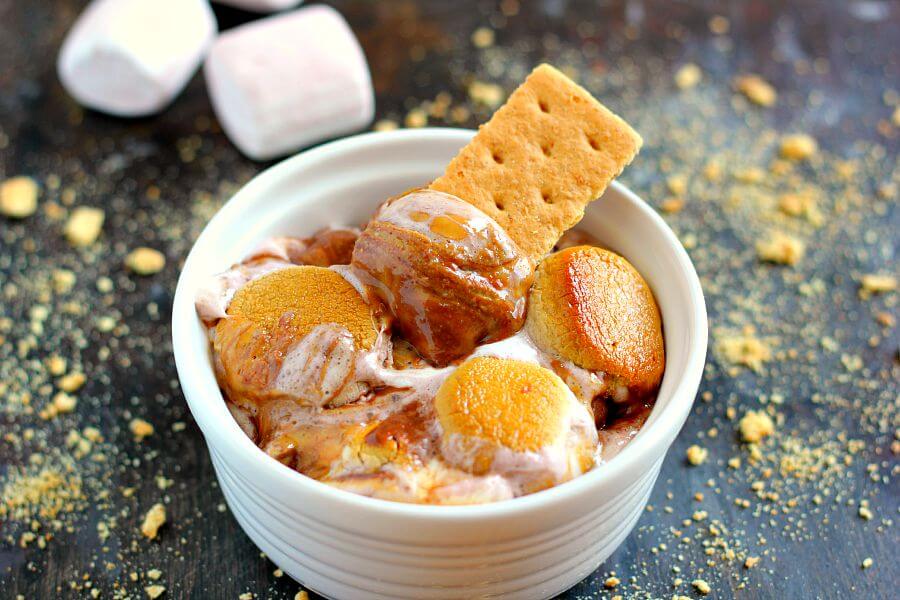 You don’t have to build a fire or start up the grill to make this dish. It’s ready in just about ten minutes, which is a winner in my book.

For all you marshmallow fans out there, you’ll especially love this dip because I used Vanilla & Chocolate Flavored Swirled Marshmallows. Have you seen them before? They’re coated with chocolate AND vanilla. And that’s what makes this dip extra special (besides the massive amounts of peanut butter, of course).

And now I bet you’re wondering how I like those giant marshmallows, right?

Well, I can eat a few in moderation, as long as it’s gooey and coated with A LOT of peanut butter! Which is why I’m loving how the peanut butter coats the marshmallows with just the right amount so that the dip tastes delicious! And it turns out that the combination of melted marshmallows and creamy peanut butter rules my world. I think I devoured half of the pan within one sitting. Not even kidding.

So whip out that cast iron skillet and gather up those classic s’mores ingredients, plus some peanut butter, and whip up this Chocolate Peanut Butter S’mores Dip! It delicious when eaten with some graham crackers, spread onto some fruit, or my favorite, a spoon! But trust me, guys, your summer won’t be complete without this dip! 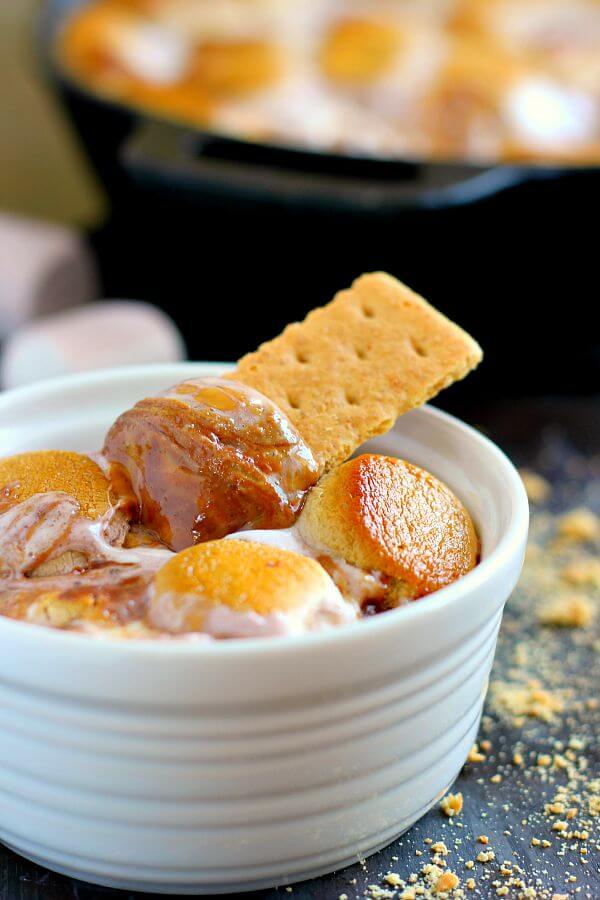 Looking for more dessert recipes? I’ve got you covered!