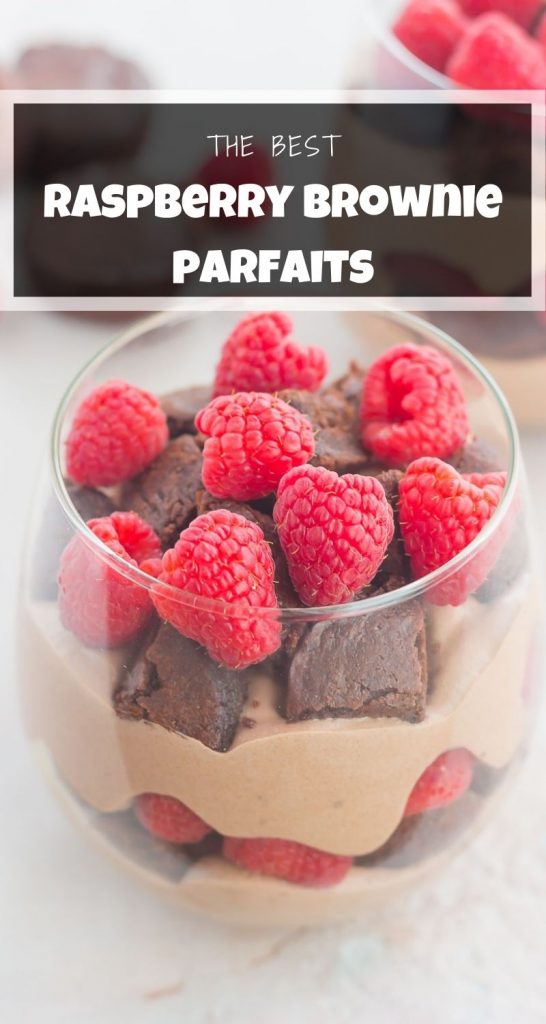 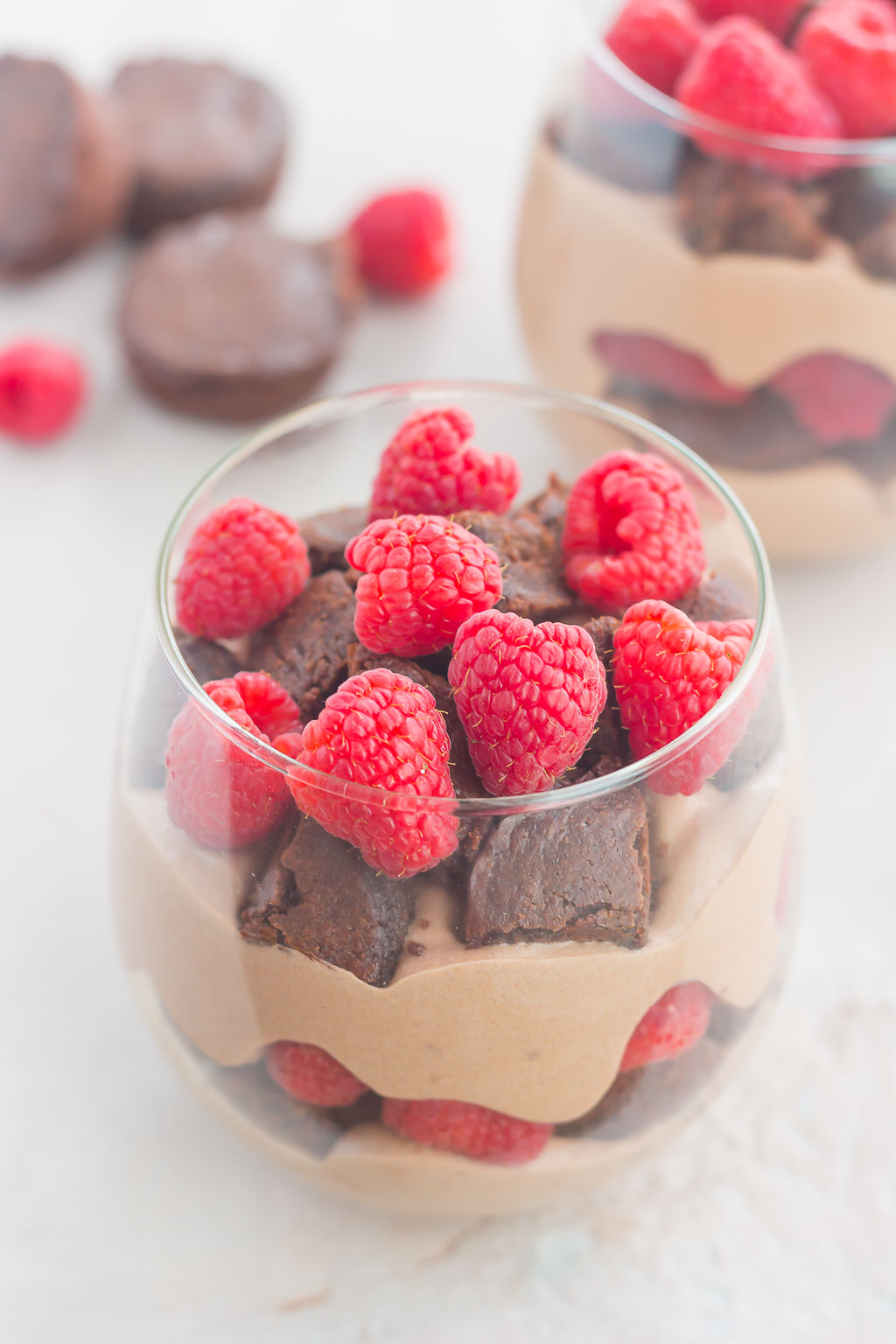 Sometimes, you just gotta cave and give in to your sweet tooth.

The hubster and I don’t have the biggest sweet tooth, but there are a few tried and true favorites that we both love. Especially the hubster.

Have I mentioned that he’s an ice cream fanatic? He went nuts over this No-Churn Salted Caramel Chocolate Chunk Ice Cream and that Funfetti Cake Batter Milkshake. I’ve talked about how we always have a gallon (or three) of ice cream in our freezer due to the hubster’s love for it.

But what I don’t think I’ve mentioned before is that he always loves pudding, specifically chocolate pudding! And lucky for him, I do, too.

Every once in a while, the hubster will whip up a batch of instant pudding for dessert. Yes, I know it’s not fancy or time consuming, but there’s just something about homemade pudding (ok, it’s instant, so not really homemade, but better than the snak-packs!) that tastes oh-so good, especially with a big dollop of whipped cream on top! 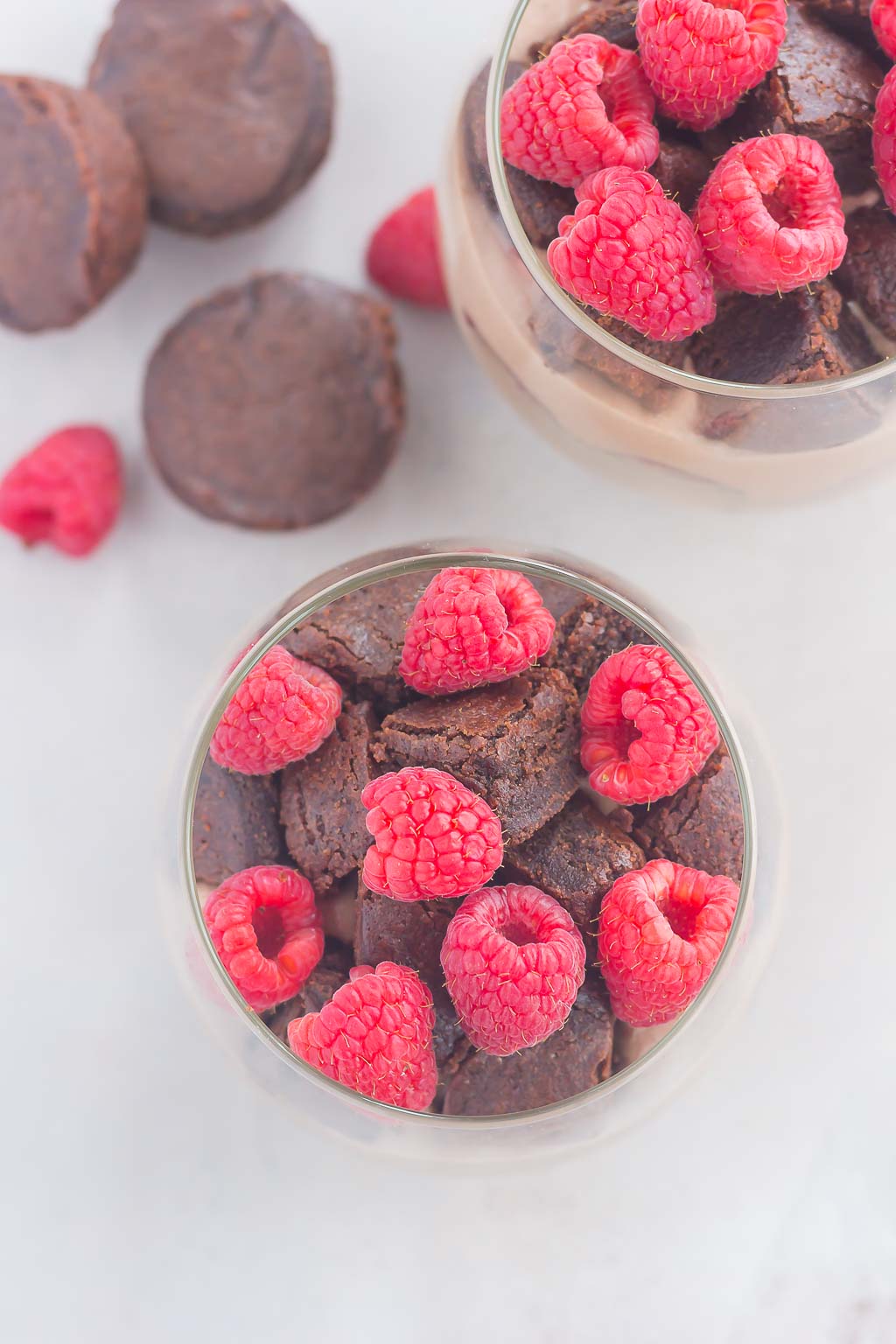 This dessert was adapted from these Berry Vanilla Pudding Pound Cake Trifles that I created two years ago. But, instead of using pound cake, brownies were swapped in, and of course, some chocolate pudding for the vanilla.

Can you say easy-peasy or what? You know I’m all about the simple recipes around here, and this dessert is one of the easiest treats that I’ve shared. Using store-bought brownies makes these extra quick, but, you could also use homemade brownies, too, of course!

And the chocolate pudding. As we discussed, it’s the instant mix kind, which also makes these pudding parfaits a breeze to whip up. But, to get a little more fancy-ish, the pudding is mixed together with a whipped topping (Cool Whip), which gives it a lighter, fluffier texture. 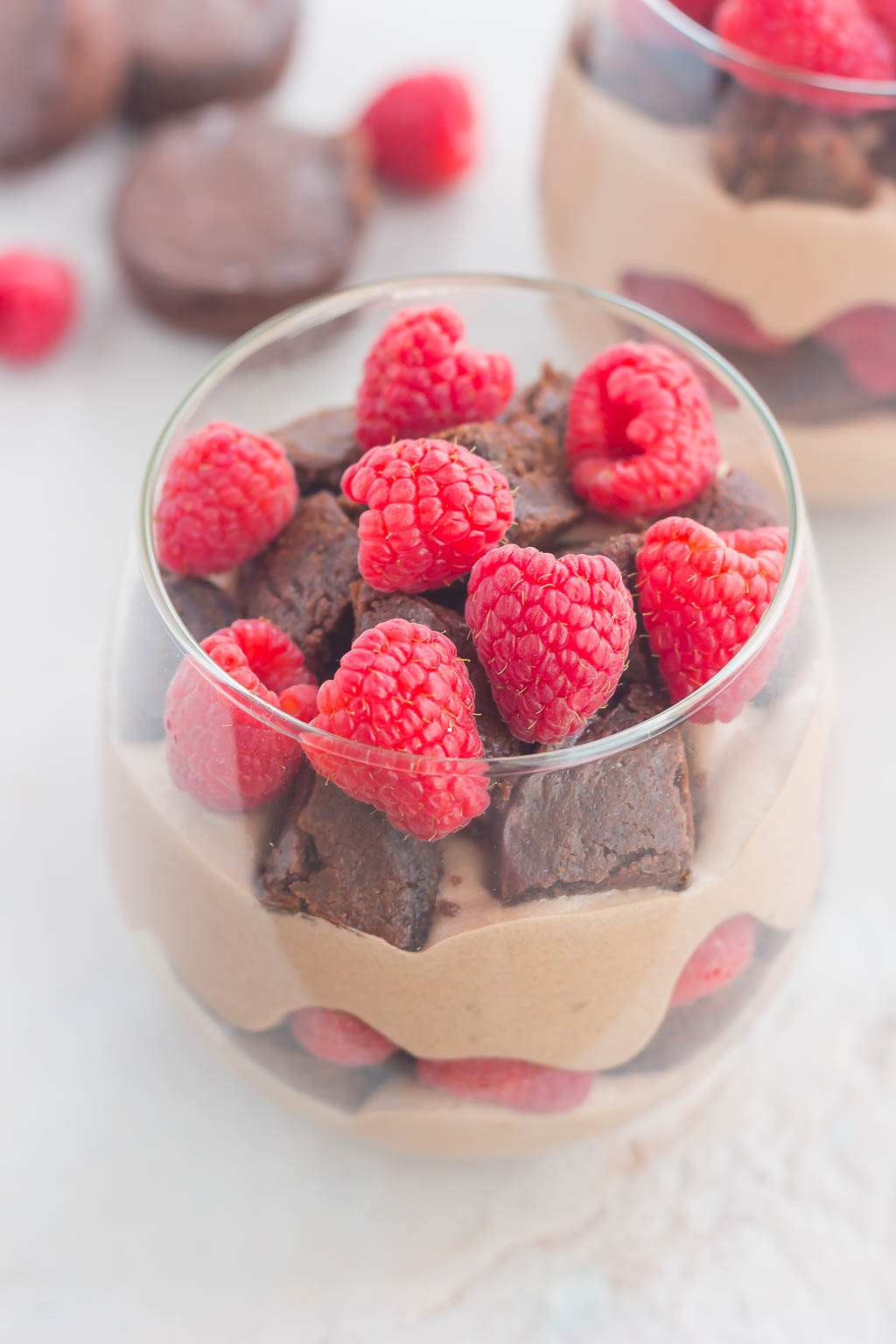 Fresh raspberries, rich brownies, and creamy chocolate pudding. What could be better? The sweet fruit pairs perfectly with the rich chocolate, making it the ultimate party for your tastebuds.

Plus, since you can make these in glasses or jars, it’s perfect for portion control, and for not having to share, either! It also makes an impressively easy dessert for those house guests or party-goers.

So if you’re looking for that chocolatey, fruity, impressive dessert, these brownie parfaits will hit the spot. Perfect for summer or for any other time, this simple treat is sure to be a favorite with everyone! 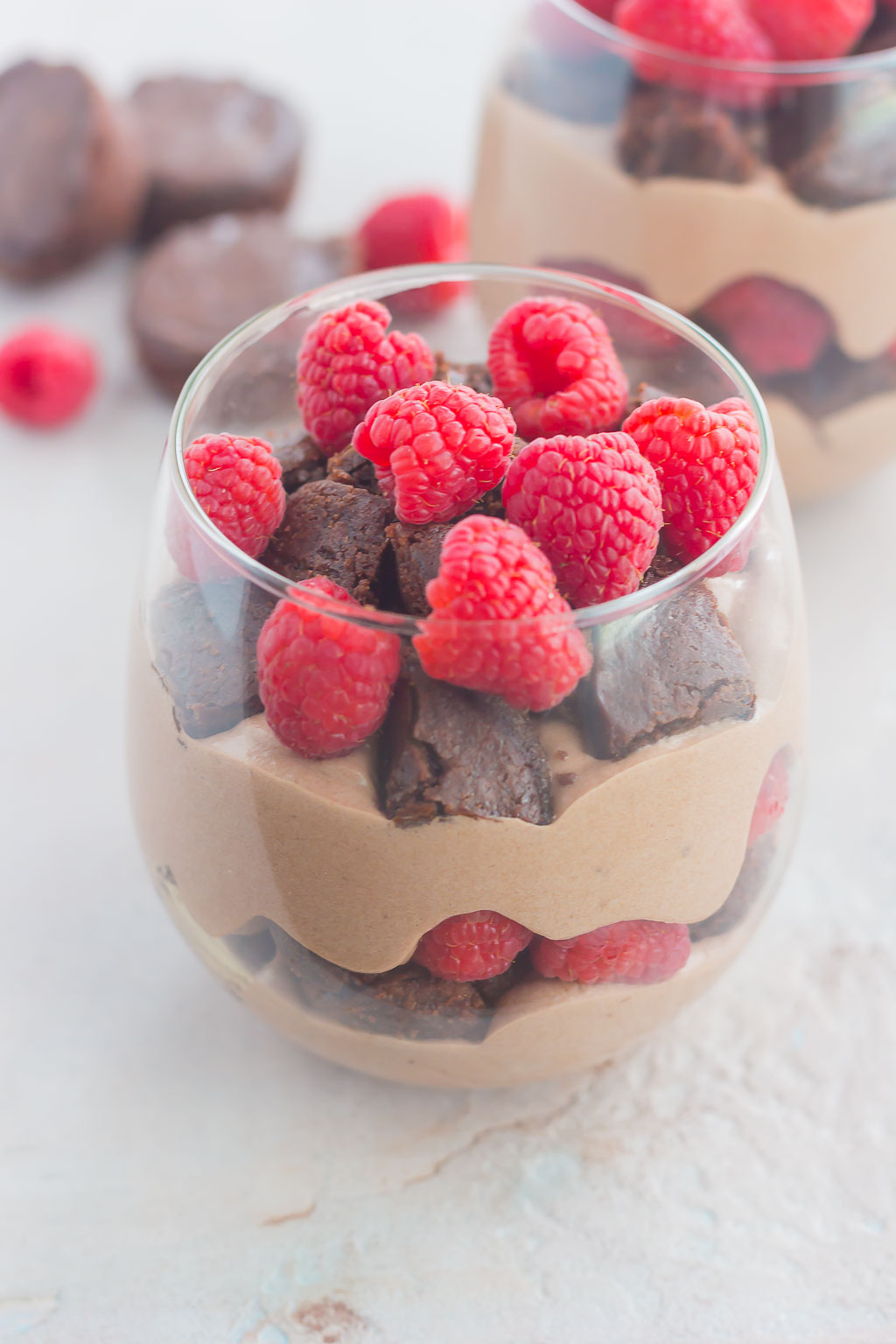 Looking for more easy desserts? I’ve got you covered!