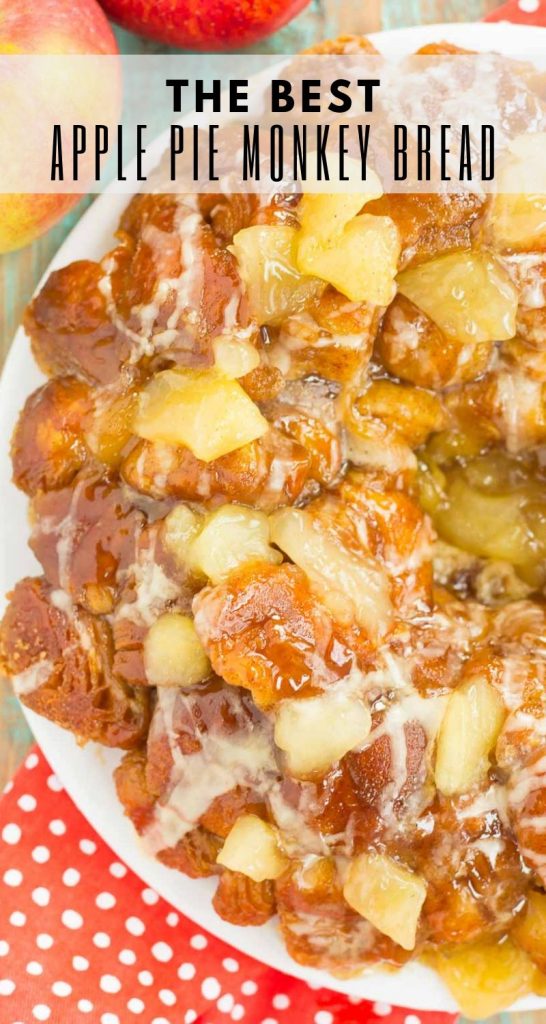 This Apple Monkey Bread is a deliciously sweet and easy dish that makes the perfect breakfast or dessert! With just a few ingredients and minimal prep time, this pull-apart bread is soft, gooey, and bursting with apple chunks and warm spices. One bit and this will become your favorite fall treat! 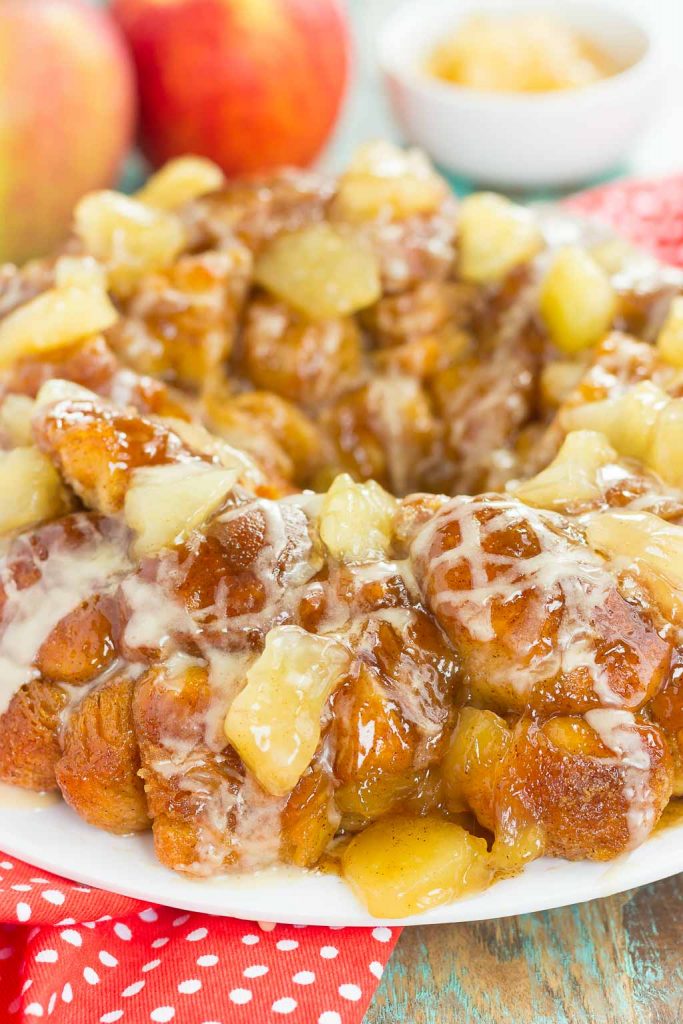 Monkey bread. Have you ever had it? Or even heard of it?

To me, it’s one of the most deliciously sweet, addictingly (yep, that’s a word) easy dishes that I’ve ever had. I mean, pre-made biscuits, tossed in a cinnamon sugar mixture, coated with brown sugar and butter, and then baked until bubbly and golden. You really can’t get much easier than that, right?

But, even though I love monkey bread, I’ve only made it a few times, mainly because I lose ALL self-control around this dish. I can barely contain myself as it’s hot from the oven and oozing with that caramel brown sugar goodness. Mmm mmm good!

So, when I had the idea to take the classic monkey bread dish and give it a unique fall twist, this Apple Monkey Bread lasted all of five minutes in my house. It was just that good!

Oh, and side note, the hubster had never heard of (or tasted) monkey bread before I made this apple pie version. But, no worries, he’s now an official monkey bread convert….whew!

If you like monkey bread, then I guarantee that you’ll go crazy over this Apple Pie Monkey bread. Warm, gooey, and topped with a sweet vanilla glaze. What more could you ask for?

Once you smell this monkey bread baking, you’ll be anxiously awaiting it to be done. It’s best warm from oven, and oozing with a warm, caramel-y flavor. It’s also fun to eat! You can simply pull the chunks apart and devour, or slice it and eat with a fork!

So, if you’re looking for a new, decadent breakfast or dessert for the fall, then this Apple Pie Monkey Bread is it! 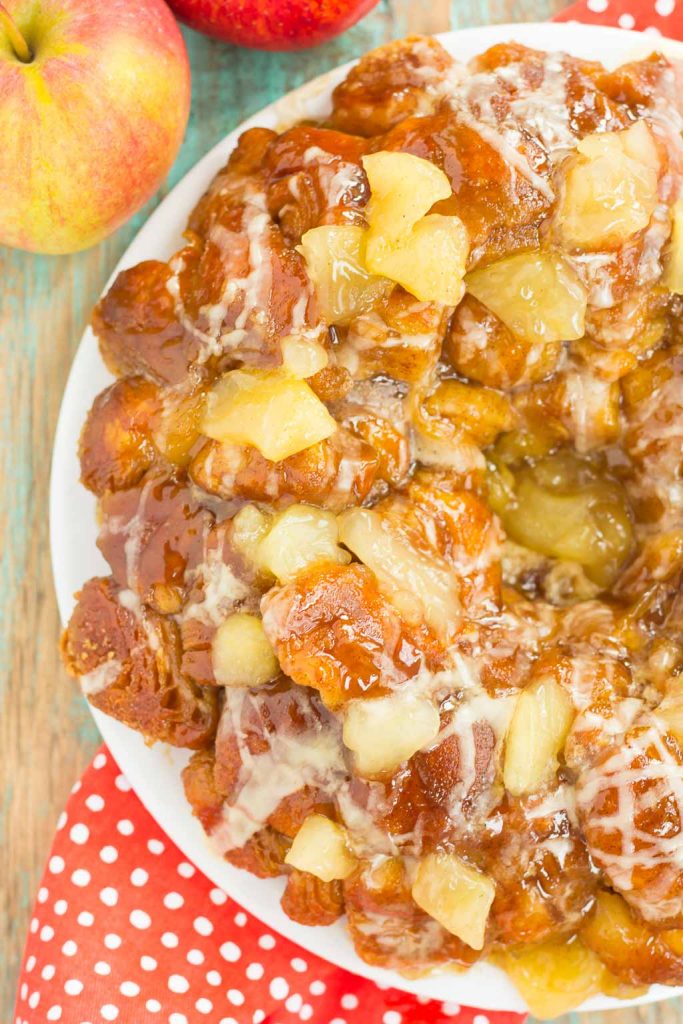 The ingredients are mostly the same as traditional monkey bread with biscuits, but I rolled the dough in a mixture of brown sugar, white sugar, and cinnamon to give it a hint of a deeper flavor.

And then comes the apple pie flavors, and there’s the glaze. I couldn’t help but top the monkey bread with a decadent vanilla glaze. It’s like the icing on the cake, err, bread!

Here’s everything you’ll need to make this apple monkey bread with canned biscuits: 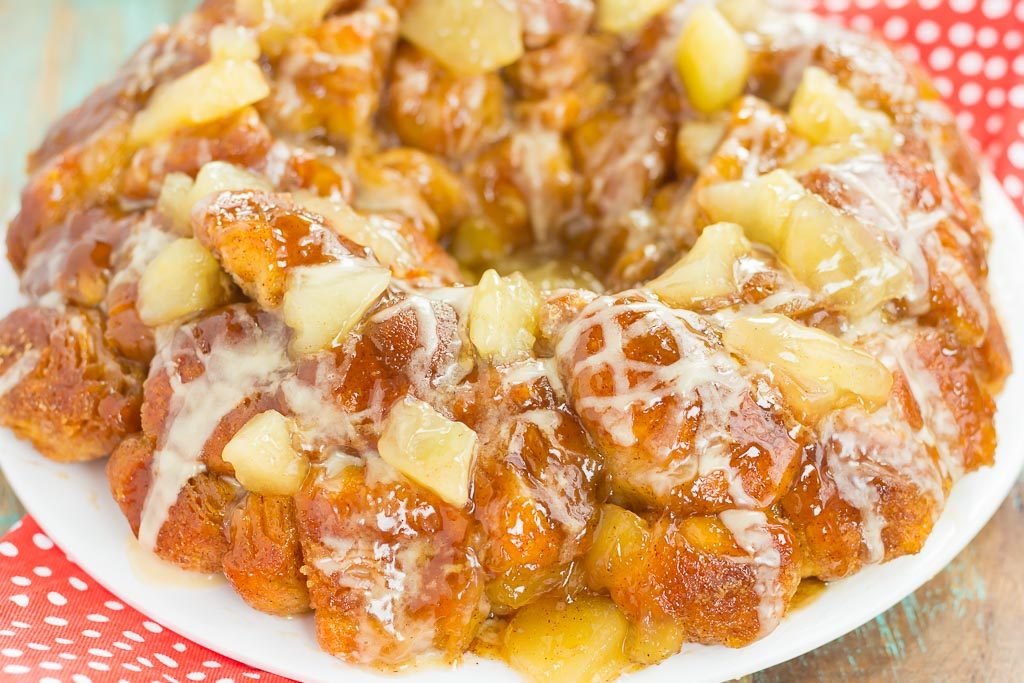 How to Make Apple Monkey Bread

This apple cinnamon monkey bread is a deliciously sweet and easy dish that makes the perfect breakfast or dessert! With just a few ingredients and minimal prep time, this pull-apart bread is soft, gooey, and bursting with apple chunks and warm spices. One bite and this will become your favorite fall treat!

How to Store Monkey Bread

This easy apple monkey bread should be sealed inside a zip-top bag and stored at room temperature. It will last up to 2 days. 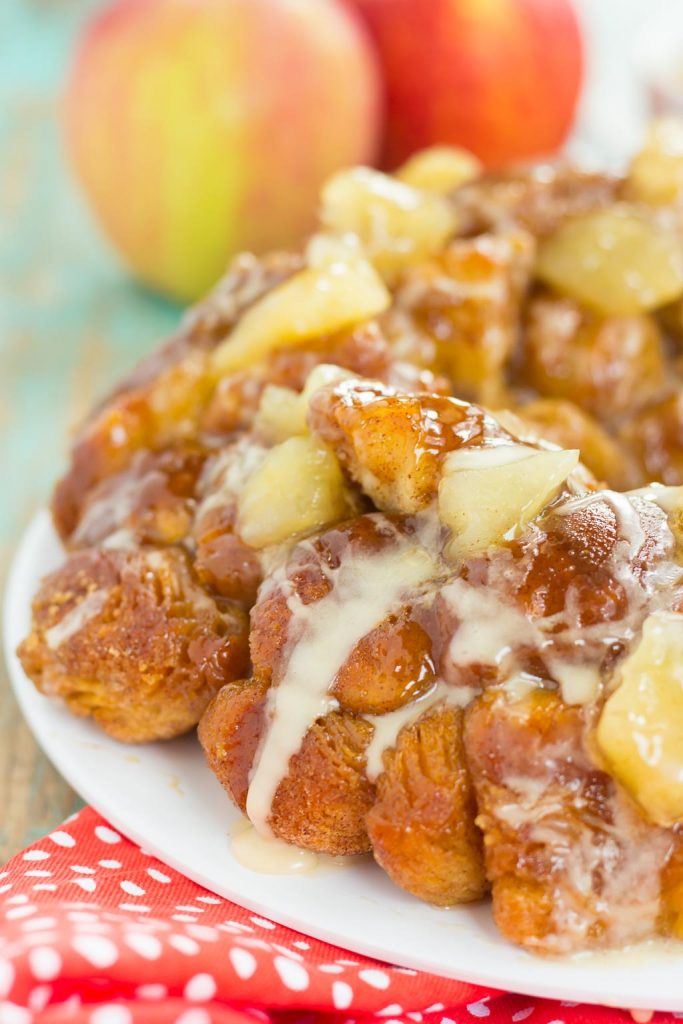 Looking for more apple desserts? I’ve got you covered! 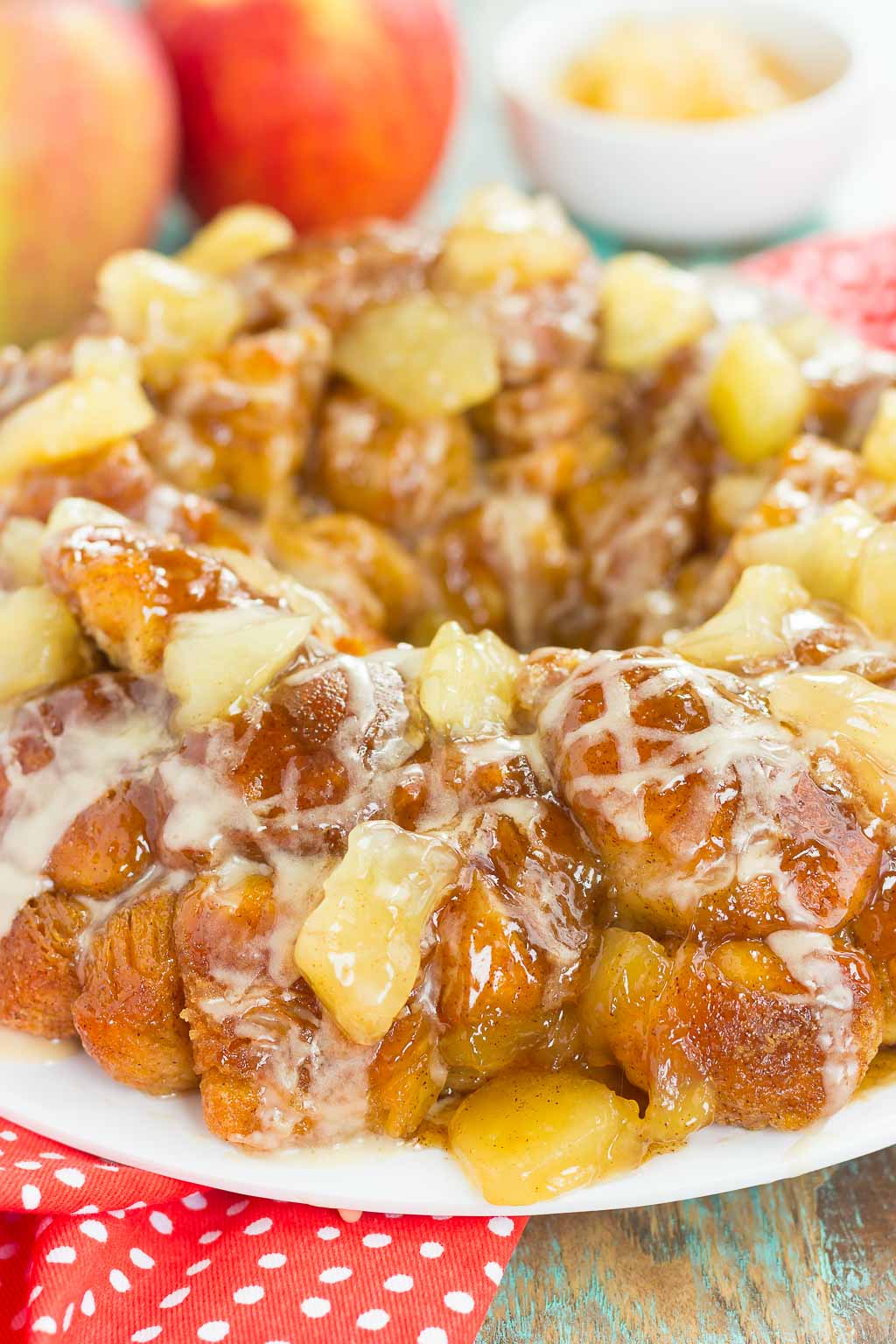