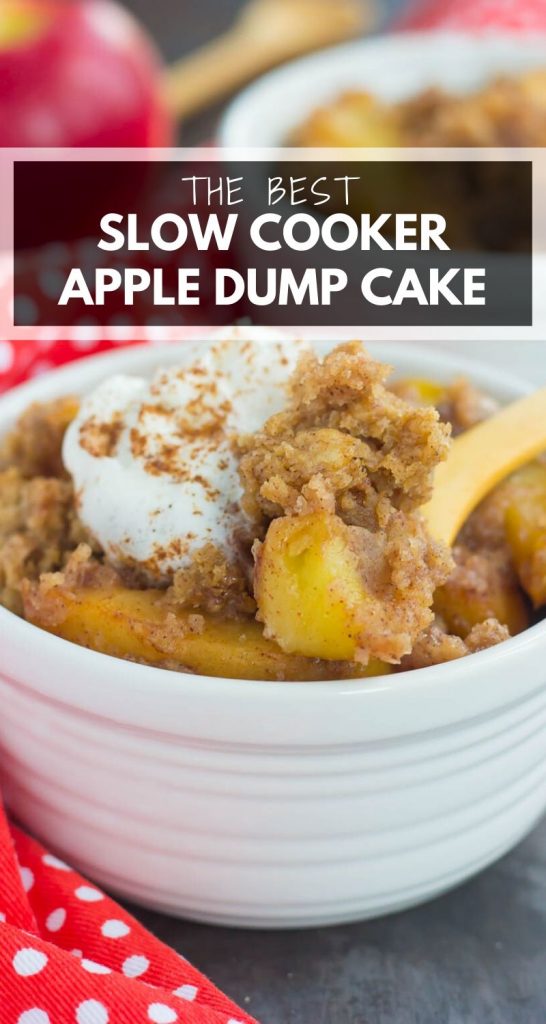 This Crockpot Apple Dump Cake is an easy and delicious dessert that captures the flavors of fall. With just six ingredients and hardly any prep time, you can dump everything into your slow cooker and let it work its magic! 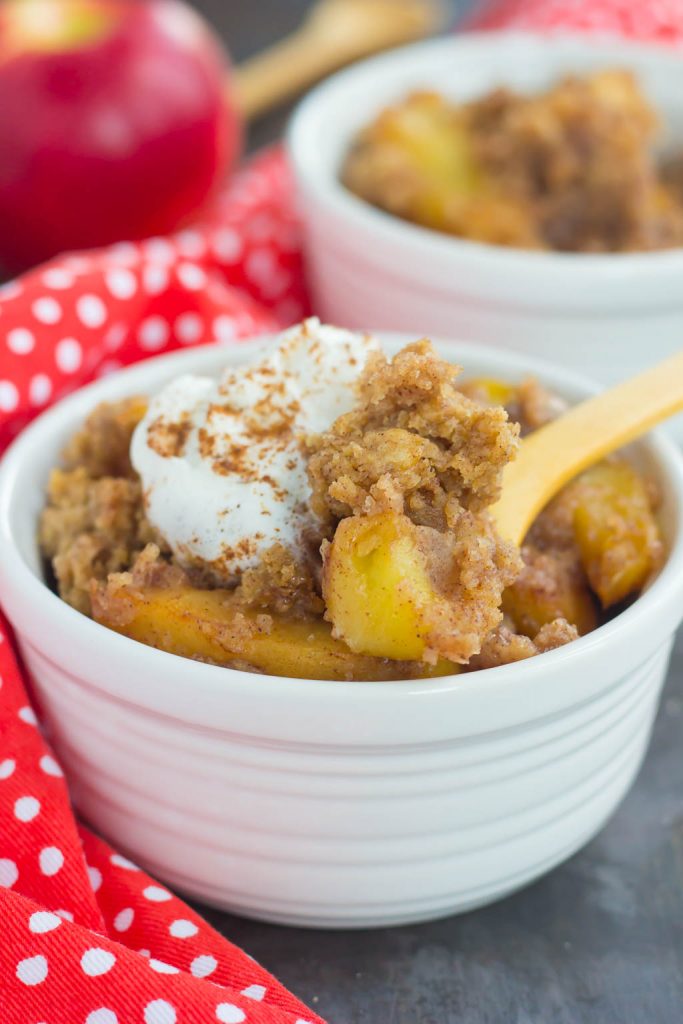 Dump cakes. Be still my heart.

Are you familiar with them? Believe it or not, the first time that I made a dump cake was about two years ago, and I’ve been hooked ever since then.

It’s one of the easiest (and most delicious) desserts that’s popped out of my kitchen. With just a few ingredients, practically no prep time, and a little lovin’ in the oven, you have a cross between a cobbler and cake, all warm and gooey and just waiting to be devoured.

Now, if you’ve tried (or made) a dump cake before, then you know what I’m talking about. But, if you’ve never heard of it before, the name might sound a little strange. But, trust me…it’s soooo good!

Since I’ve never shared my own dump cake with you before, I thought I would create one that captures the flavors of fall and uses a slow cooker. Sounds pretty good, doesn’t it? 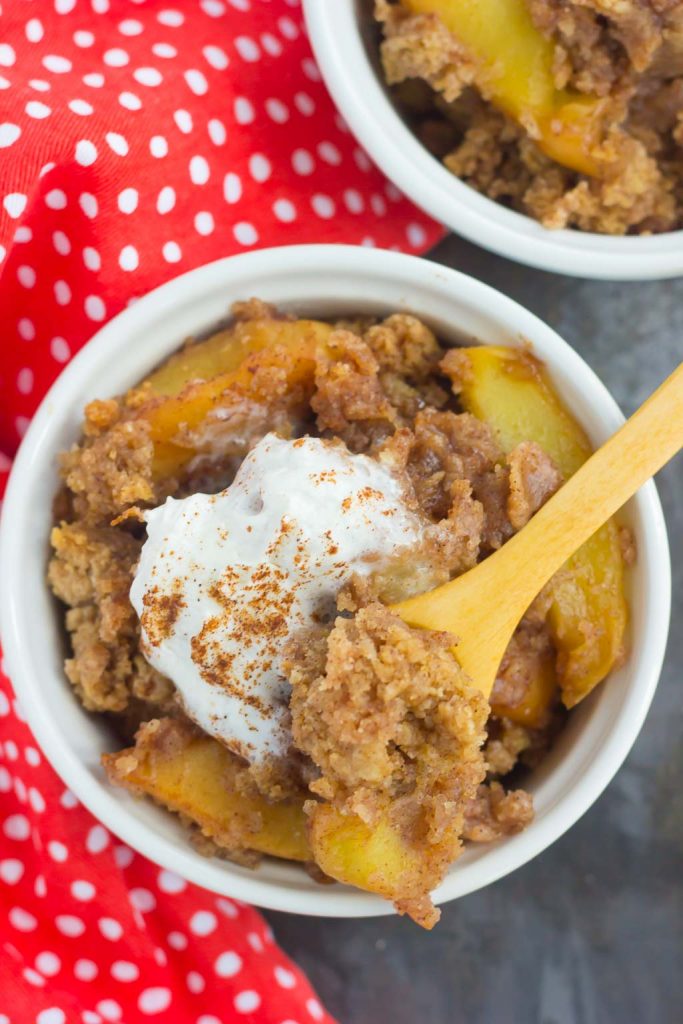 This Crockpot dump cake recipe is an easy and delicious dessert that captures the flavors of fall. With just six ingredients and hardly any prep time, you can dump everything into your slow cooker and let it work its magic. Filled with tender apples, a sprinkling of cozy spices, and a warm cake topping, this dish is sure to be a dessert winner!

And if you’ve never used your slow cooker for dessert before, then now is the time to start. This Crockpot apple dump cake will make you a firm believer that all desserts should be made in the slow cooker.

And did I mention how easy this dump cake is to make? The title says it all. You simply dump the ingredients into your slow cooker, set it, and forget it! The hardest part is peeling and slicing the apples, which really isn’t hard at all.

So grab those ingredients, your trusty slow cooker, and make this easy and oh-so yummy dump cake today. It’s a cozy fall dessert that you need in your life! 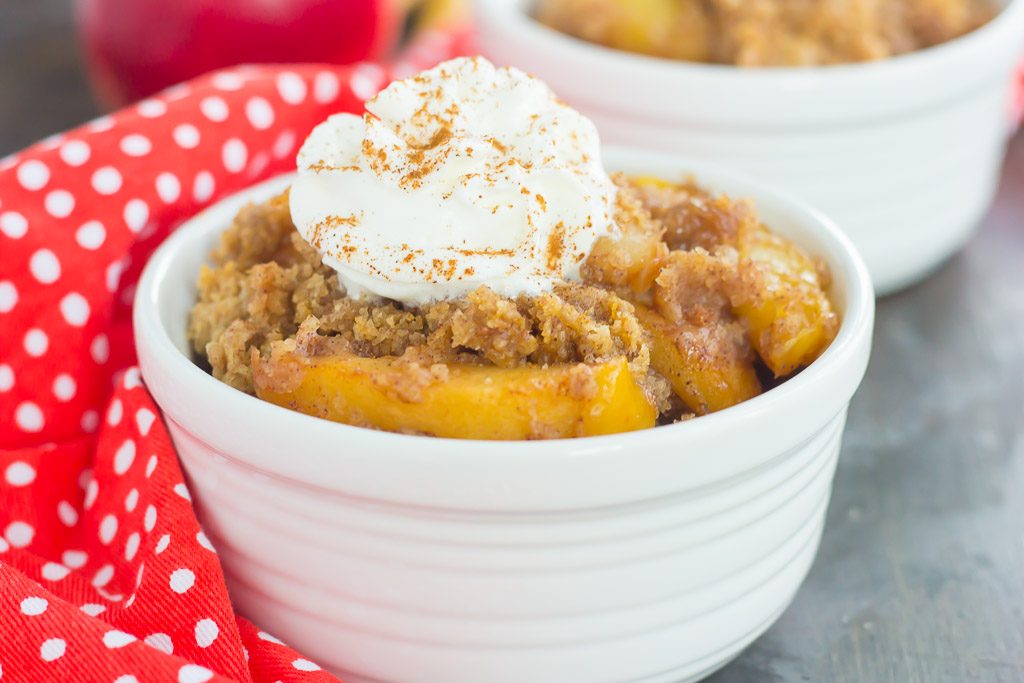 I’ve given detailed instructions in the recipe card below on how to make this Crockpot apple cake. Here are the basics: 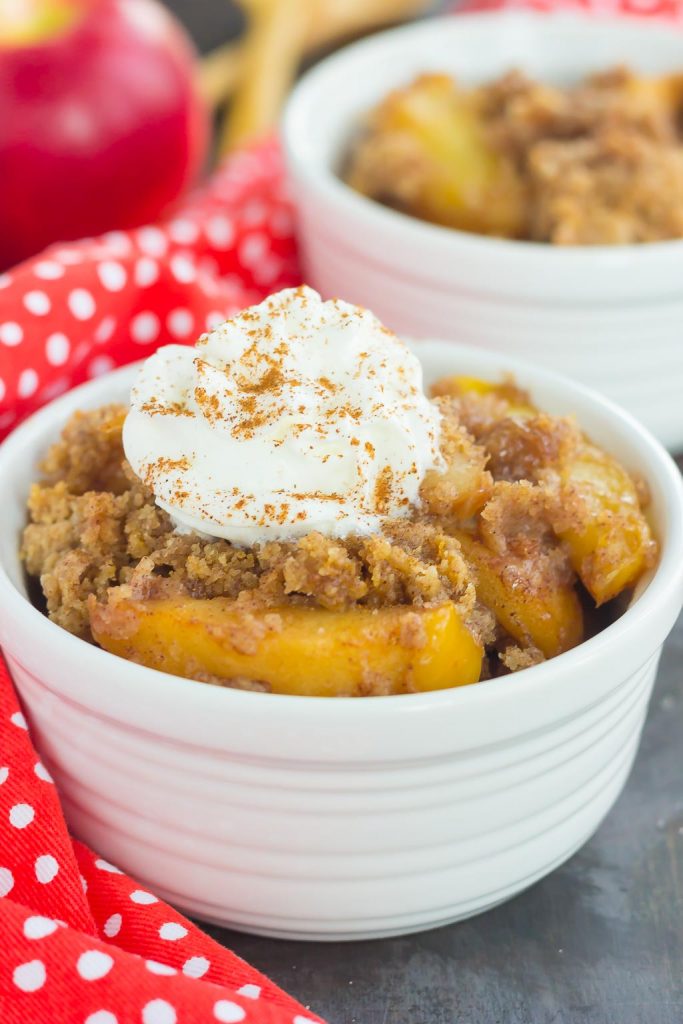 What Are the Best Apples for Dump Cake?

I used Gala apples, but any cooking apple will work. Think: Granny Smith, Honey Crisp, and so on.

Can I Use Another Kind of Cake Mix?

I’m sure you could, but I’ve only made this recipe using boxed French vanilla cake mix. But I imagine any mildly flavored cake mix — like yellow, vanilla or white cake mix — will work in this easy dump cake recipe.

Subscribe to my YouTube Channel to see how easy this Slow Cooker Apple Cinnamon Dump Cake is to make!

Looking for more apple desserts? I’ve got you covered! 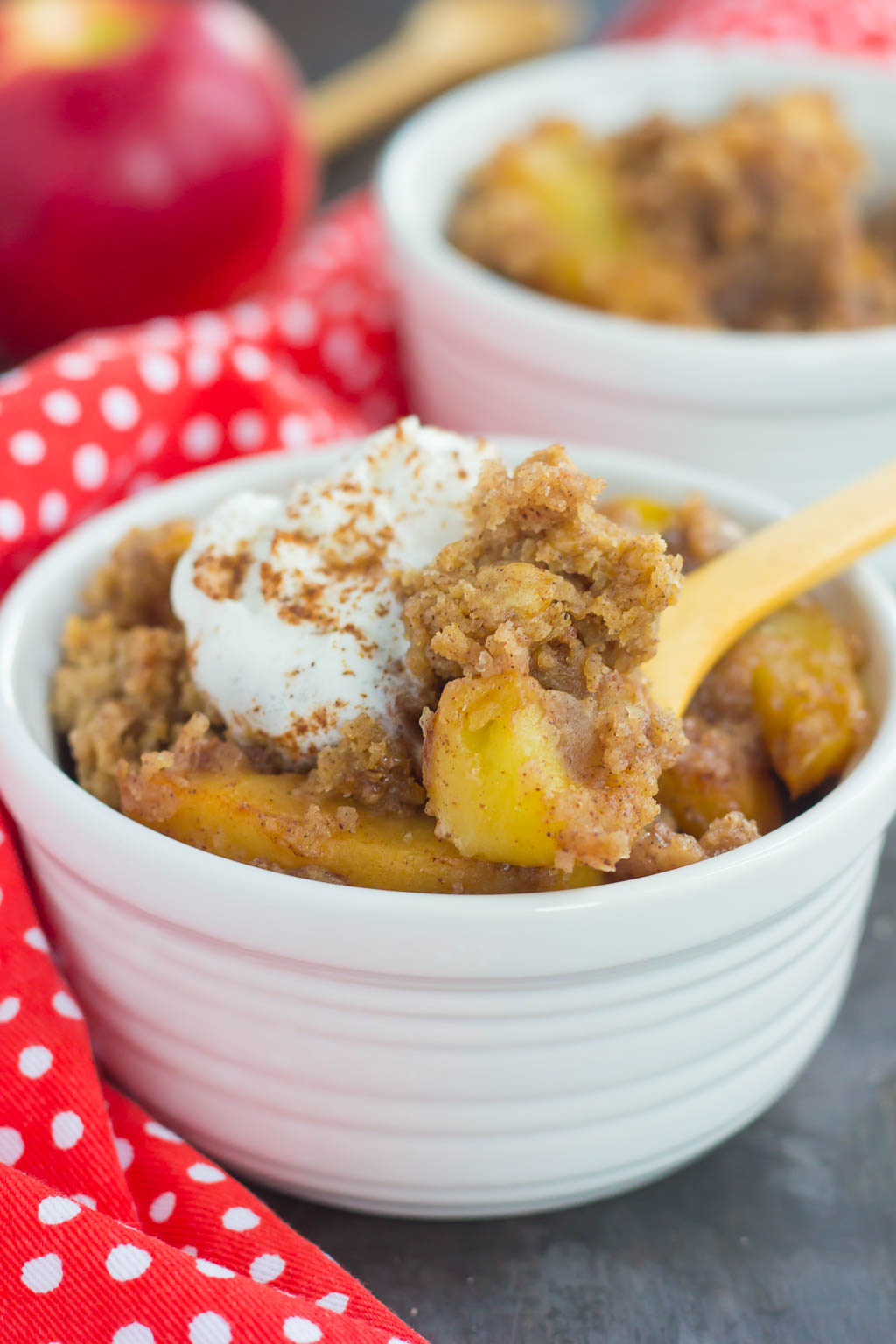