Baked Cinnamon Sugar French Toast Sticks make an easy breakfast that’s loaded with flavor. Simple to prepare and baked in the oven, you can have these sticks ready to serve in no time, with a side of syrup for dunking! 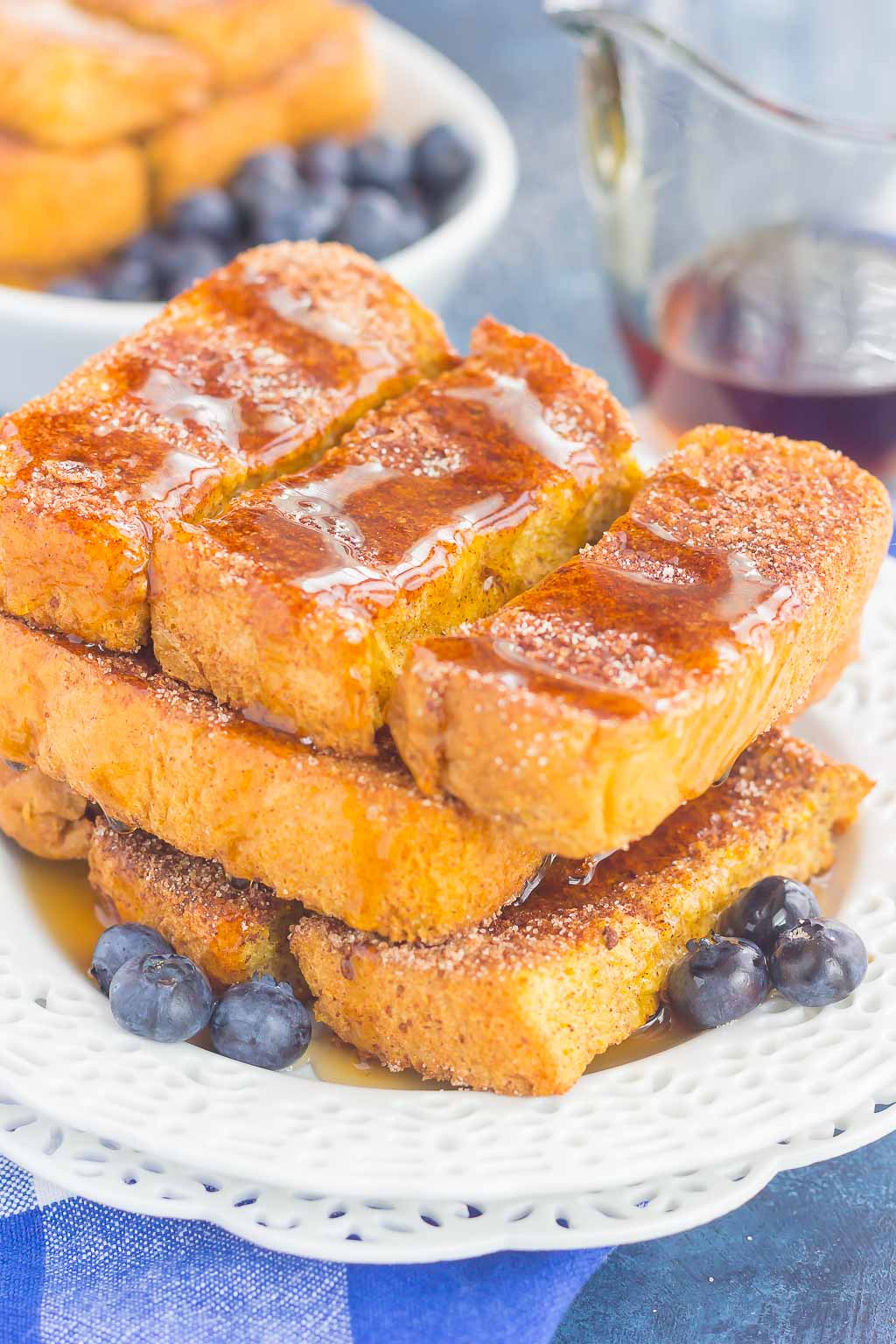 I’ve talked about my love of all things breakfast before, so I don’t need to bore you with that today. But, tell me, are you a fan of french toast?

I’ll be honest, it’s not my favorite breakfast food. I’ll take pancakes or waffles over it most days of the week. But, I should note that I’m not a big pancake/waffle girl, either. I have to be in the mood for it, and the same goes for french toast.

Every once in a great while, I get a craving for french toast. It must be something about the texture and flavor that draws me in. And when I order it at a restaurant, I’ll eat a piece or two and then be good to go for the next year or so. Strange, maybe, but that’s how I roll.

But you know what? I love making french toast at home. I don’t do it too often, but when I do, you can be sure that the hubster and I gobble it all up. I love that I can make my own flavor combinations and style of french toast, too.

Remember this Apple Pie French Toast Bake, that Pumpkin Spice French Toast, and this Cinnamon Banana Croissant French Toast? Yep, I love them all. It’s so nice to be able to create a french toast dish that is both simple and packed with flavor.

I love that you can take classic french toast and turn it into a comforting casserole or put your spin on a buttery croissant. It just makes breakfast that much better, in my opinion. 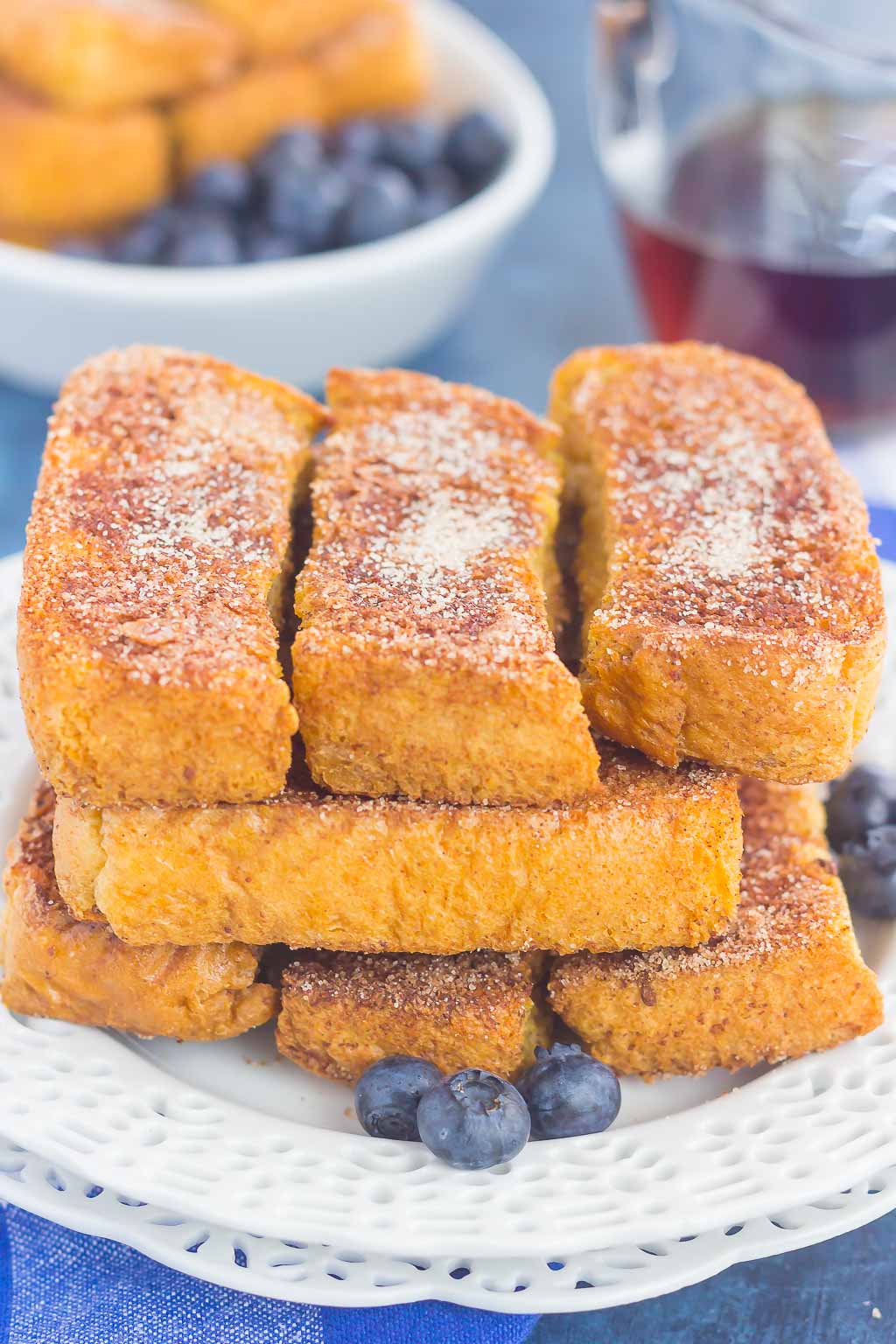 I’m especially excited to share a different kind of french toast with you today, friends!

Baked Cinnamon Sugar French Toast Sticks make an easy breakfast that’s loaded with flavor. Simple to prepare and baked in the oven, you can have these sticks ready to serve in no time, with a side of syrup for dunking!

And easy, so easy, friends! There’s no standing over a stove and waiting to flip the toast. Instead, we’re baking it in the oven for ease. Plus, I think it tastes a little better that way, too. 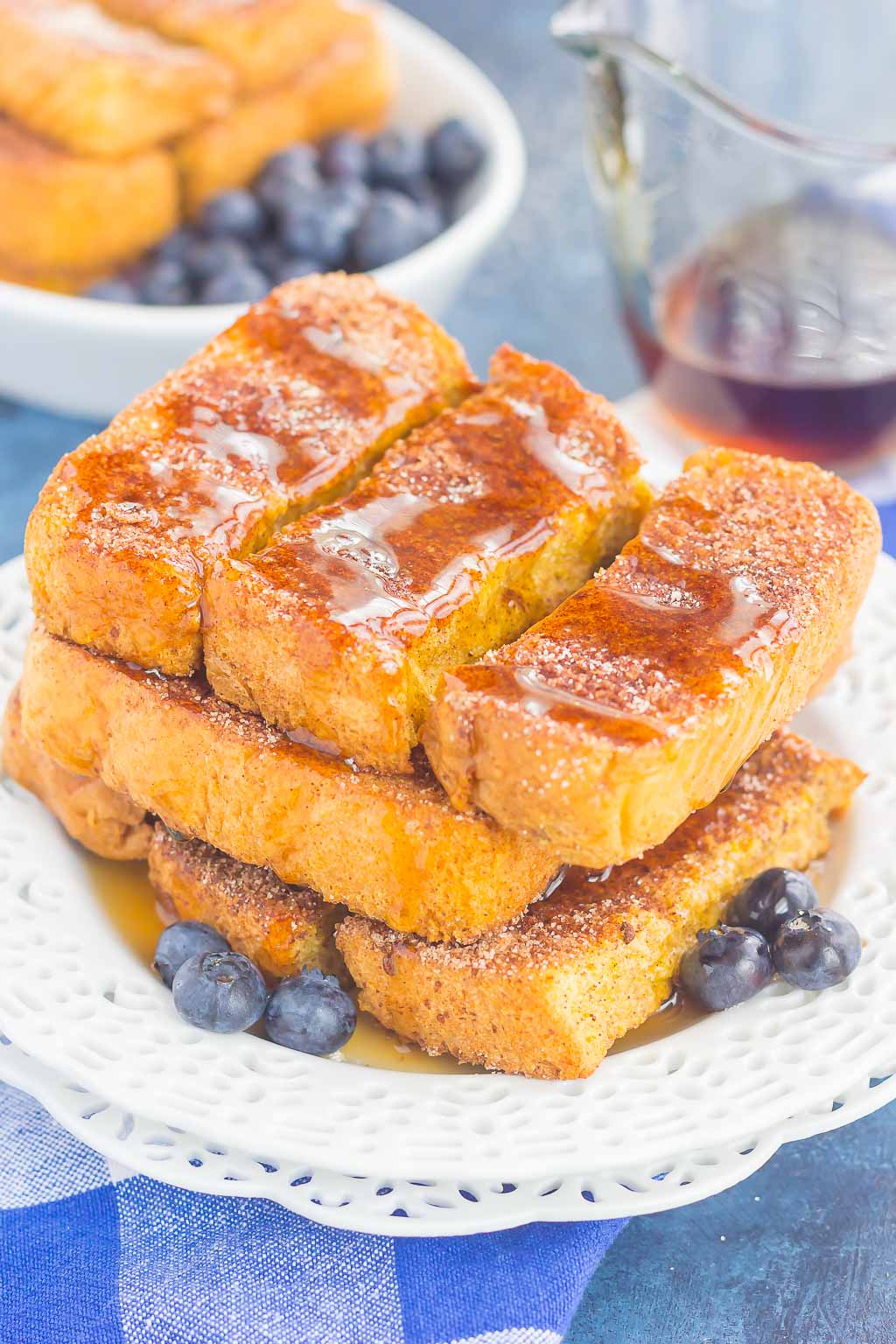 How to Make French Toast Sticks

These baked french toast sticks may require a little extra time to make, but they’re just as simple to whip up as the original!

A thicker bread is best to use for these french toast sticks so the egg mixture does not make the bread fall apart. I used Texas toast bread, but challah or french bread would work well, too.

Can I Freeze French Toast Sticks?

Absolutely! These french toast sticks freeze well for when you want a quick breakfast without the prep work. Simply take out of the freezer and let thaw over night in the fridge and then pop into the microwave come morning! 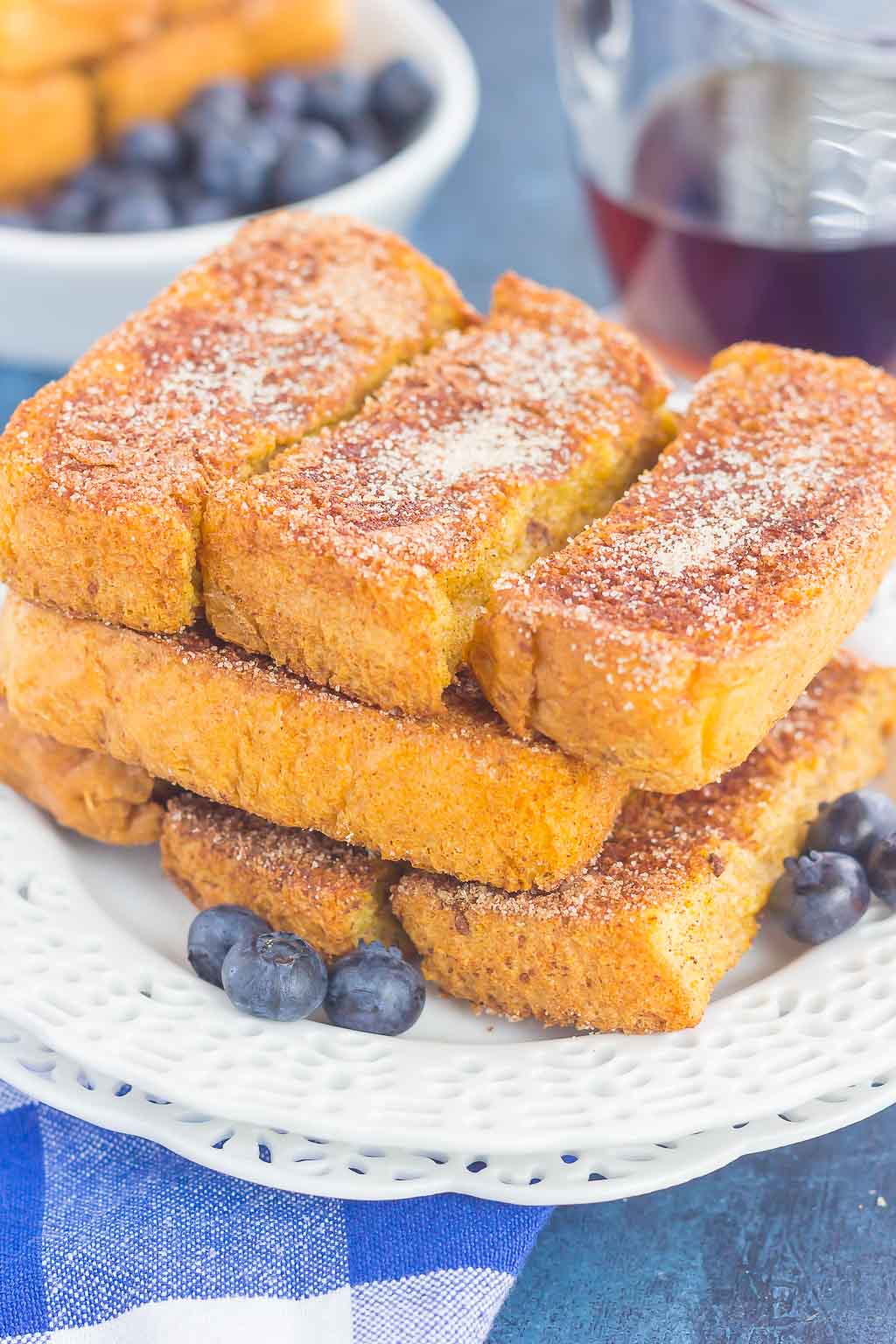 Make sure to dunk each stick in the egg mixture to fully coat and then let the excess mixture drip off. This will help the sticks to stay crispier when baking.

Feel free to adjust the spices to your liking. I piled on the cinnamon because I love it, but you could also increase the brown sugar if you like a sweeter french toast.

So if you’re in the mood for that cozy breakfast, these baked french toast sticks will hit the spot. Perfect for kids and adults, this simple dish will be a favorite for years to come!

Looking for more french toast recipes? I’ve got you covered!