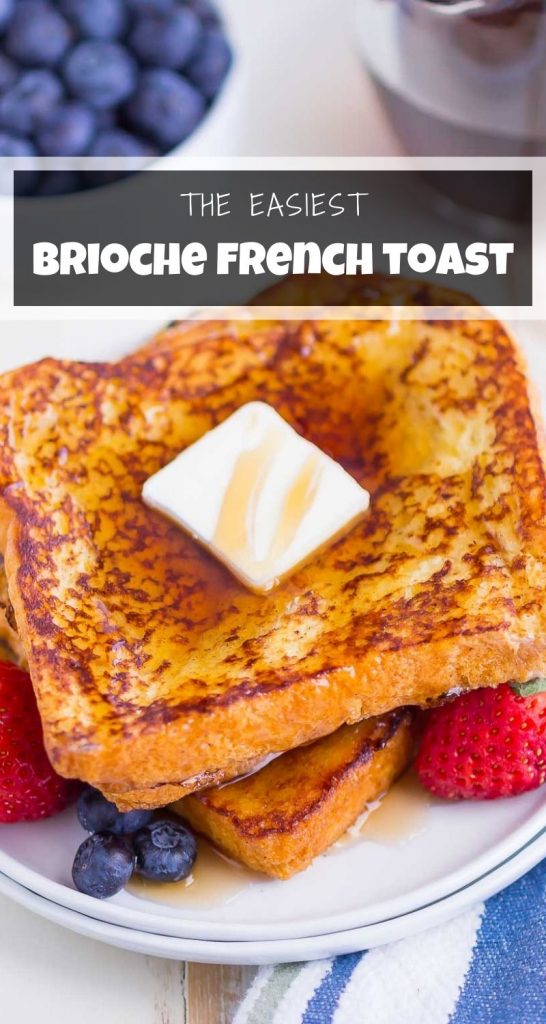 Made with seven basic ingredients, this Brioche French Toast tastes decadent but comes together quickly. Plus, you can make extra to freeze for later! 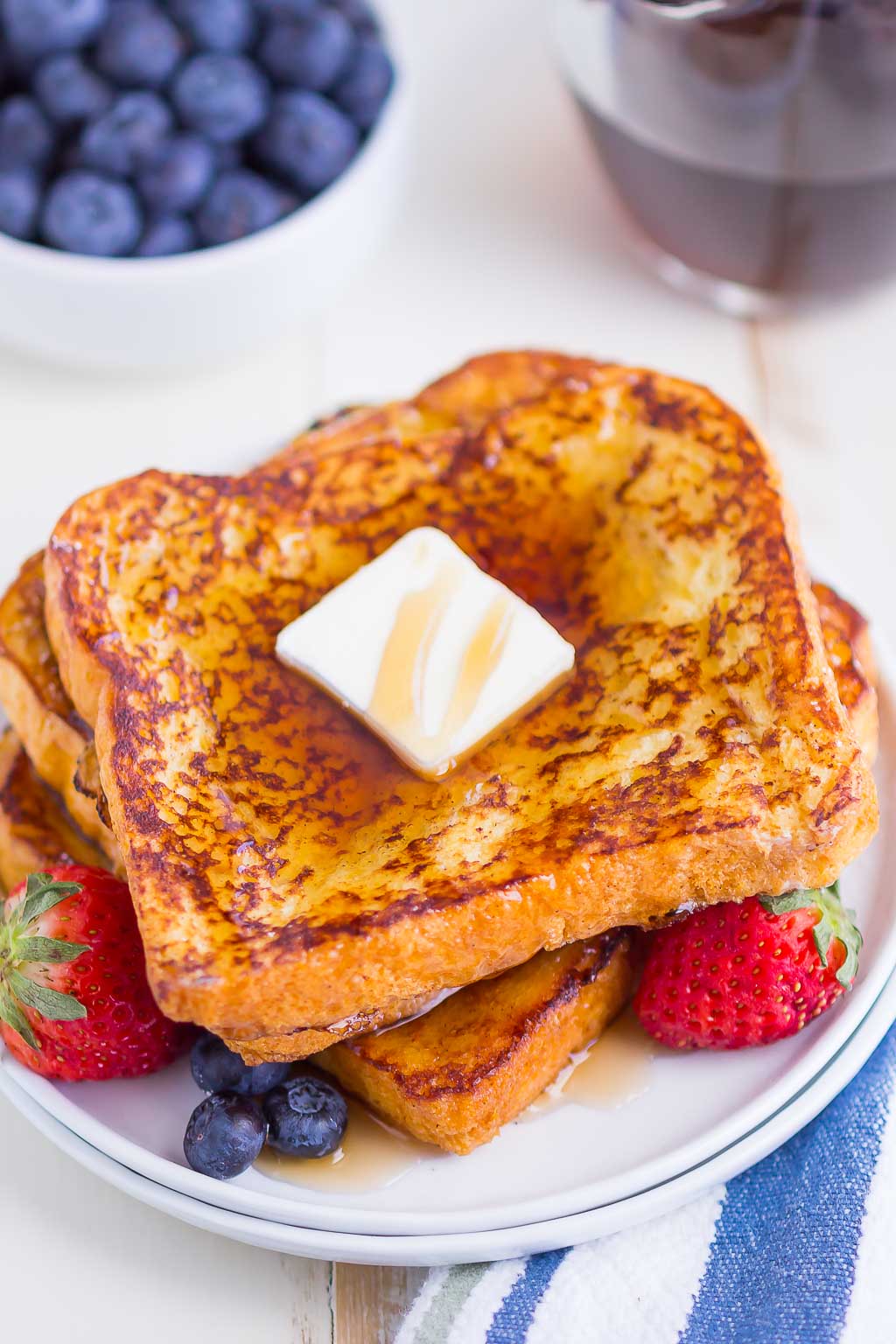 I don’t make french toast all that often, so when I do I like to go all out. Whether I’m making French Toast Roll-Ups, Baked French Toast, or another fun spin on the classic dish, I never shortchange myself.

Give me real butter, eggs, and pure maple syrup, please!

But this french toast is spot on! Not at all dry, slightly sweetened, and the brioche bread makes for an incredibly decadent breakfast.

You can load up your portion with toppings or enjoy with a drizzle of syrup and some butter. Whatever you like! 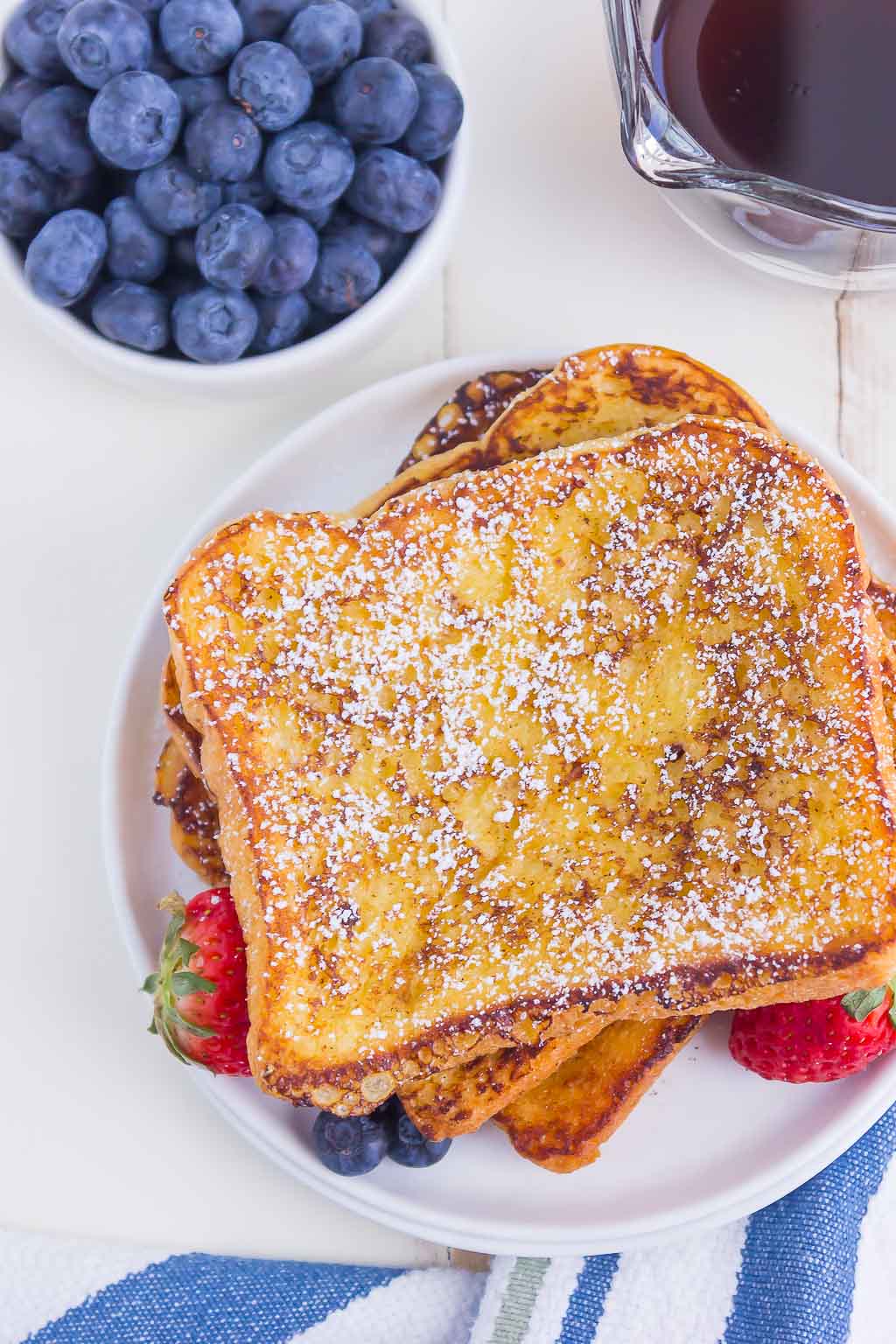 I kept the ingredients list for this brioche bread french toast quite short because I didn’t want the buttery flavor of the bread to get lost. To make this recipe, all you’ll need is:

Is Brioche Good for French Toast?

Brioche is cut more thickly than regular sandwich bread, and it’s both pillowly soft but heartier in texture. It soaks up the egg mixture without getting soggy!

Where Can I Find Brioche Bread?

Most supermarkets sell brioche bread these days, but a bakery would be ideal. If you have a Trader Joe’s near you, their brioche bread is delicious!

How to Make Brioche French Toast

Making french toast with brioche bread is easier than you’d think! It’s all about the ingredient ratios and using good-quality ingredients.

Here’s a basic overview of how this brioche bread french is made: 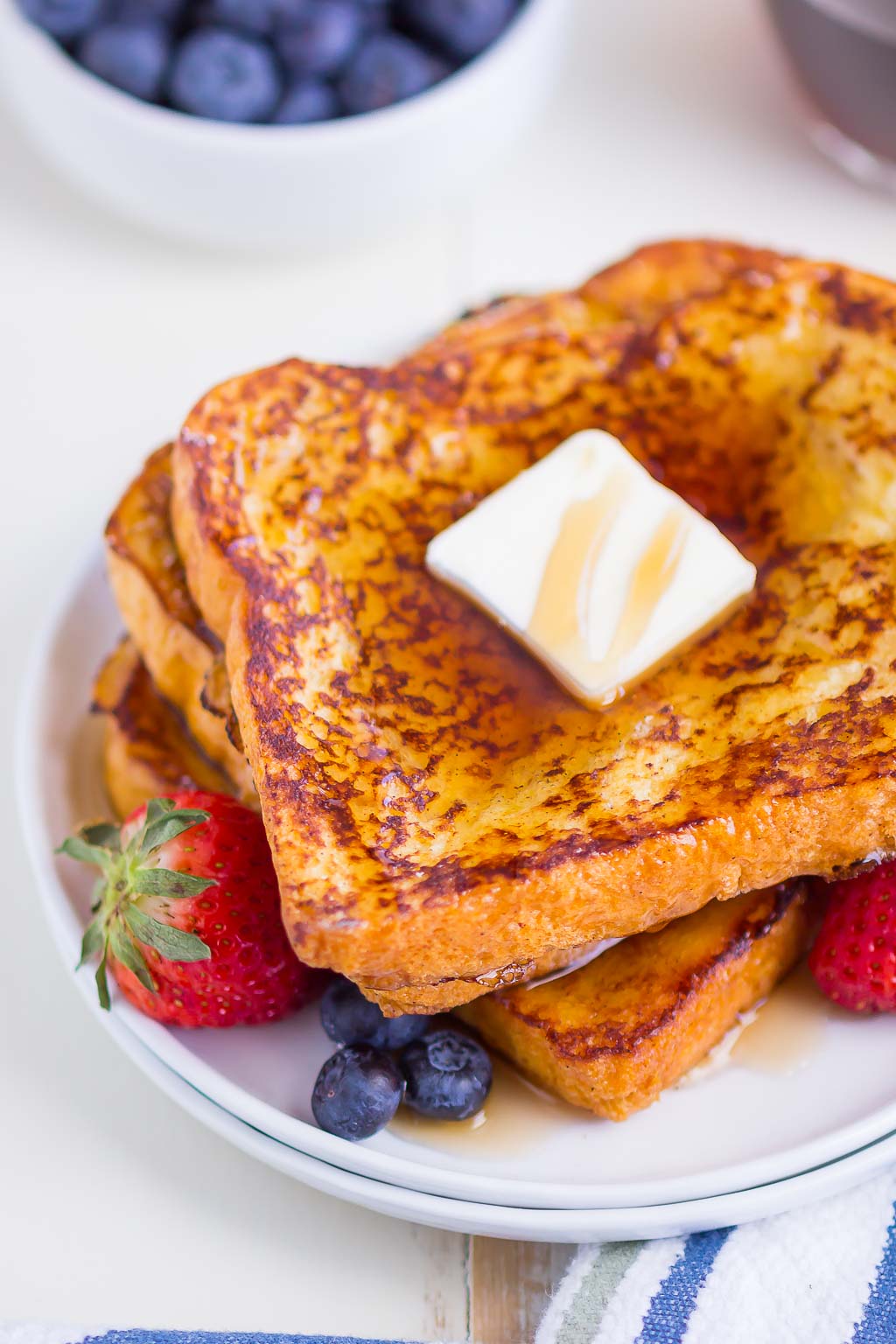 How to Store and Reheat French Toast

I recommend reheating french toast in a skillet or in the oven (microwaving it makes the bread rubbery).

Can You Make French Toast Without Milk?

Not to my knowledge. However, you’re welcome to use any milk you’d like in this recipe. Dairy or non-dairy milk works perfectly!

This simple recipe for brioche french toast pairs perfectly with a pat of butter, a dusting of powdered sugar, and a generous drizzle of maple syrup.

However, if you’d like to experiment with other toppings, here are some of my favorites: 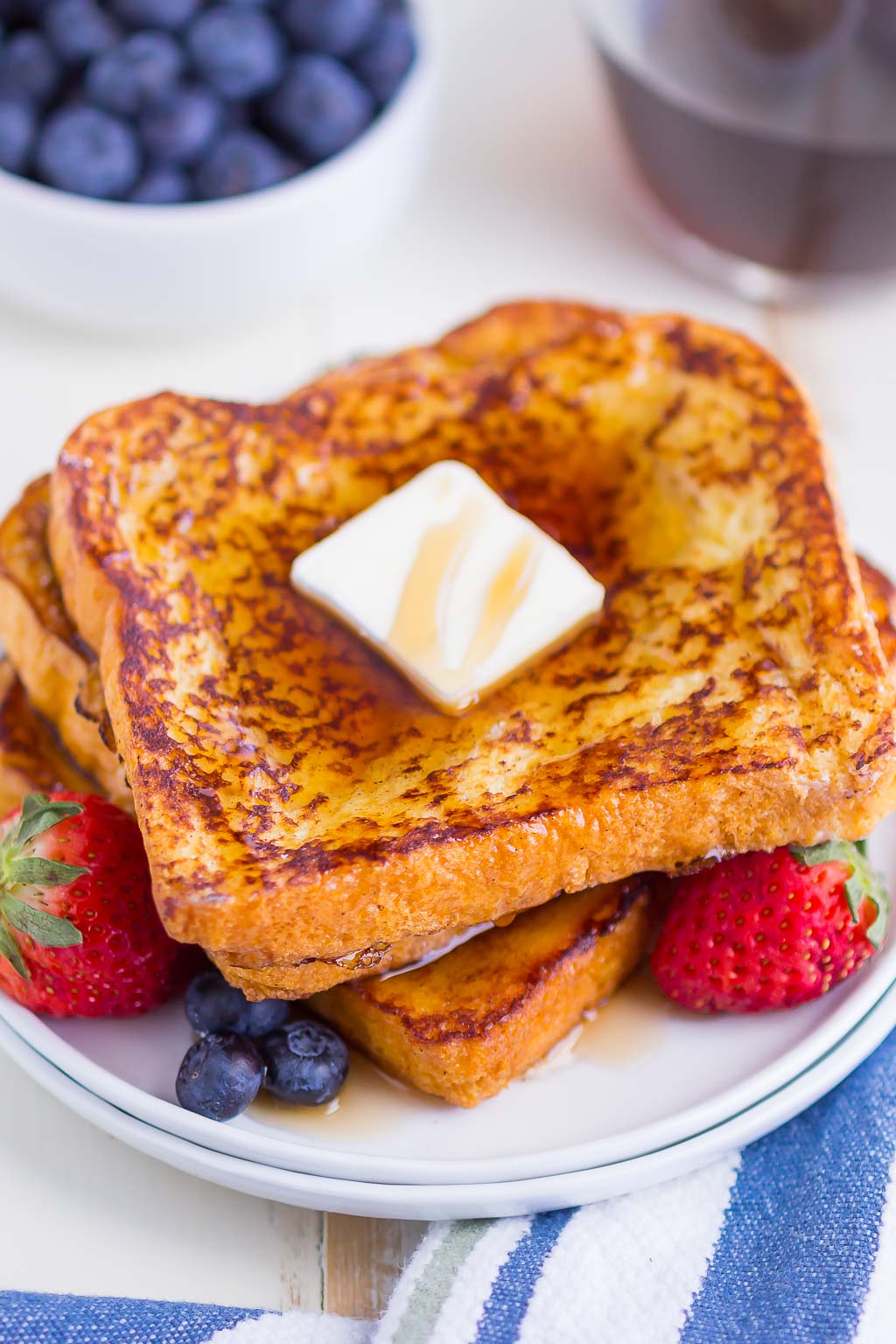 What to Serve with Brioche French Toast

Or, stick to classic bacon and scrambled eggs on the side!