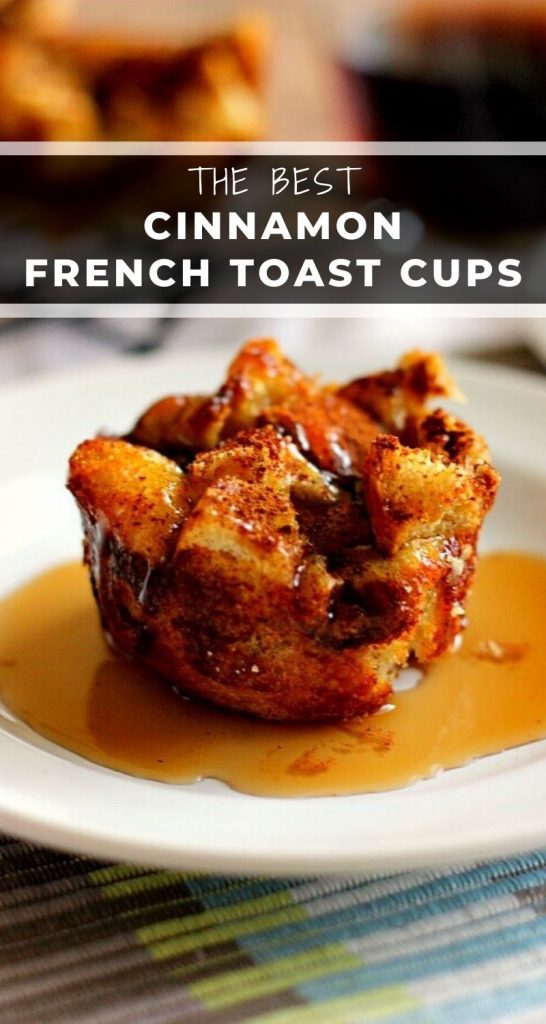 These Cinnamon French Toast Cups are light, delicious, and filled with the classic flavors of vanilla and cinnamon!

Remember how I told you last week that I wasn’t a big fan of cinnamon rolls growing up? Well, it gets better.

I also didn’t care for French toast much, either. And I promise I’m not a picky eater, guys! French toast was just always ok, nothing special. I would eat it if I had to, but I never willingly asked my parents’ to make French toast and I never, ever ordered it at a restaurant. Pancakes were always more my style, ya know?

Now that I’m older, my feelings on this breakfast food still haven’t changed much. Every once in a while (I’m talking like maybe once every few years) I get a craving for it and will order it at a restaurant. But other than that, it’s a food that just doesn’t knock my socks off.

Until now. You knew that was coming, right? A few weeks ago, I had this idea in my head that I needed some French toast, and I needed it fast. I didn’t want to go out to eat and I didn’t want the frozen kind, it had to be home-made. Ever get like that?

So, I did some thinking. If you’ve been following along for a while, you may remember my Baked Pancake Bites that I shared last spring. These cuties were delicious, easy to make, and the perfect grab ‘n go breakfast. 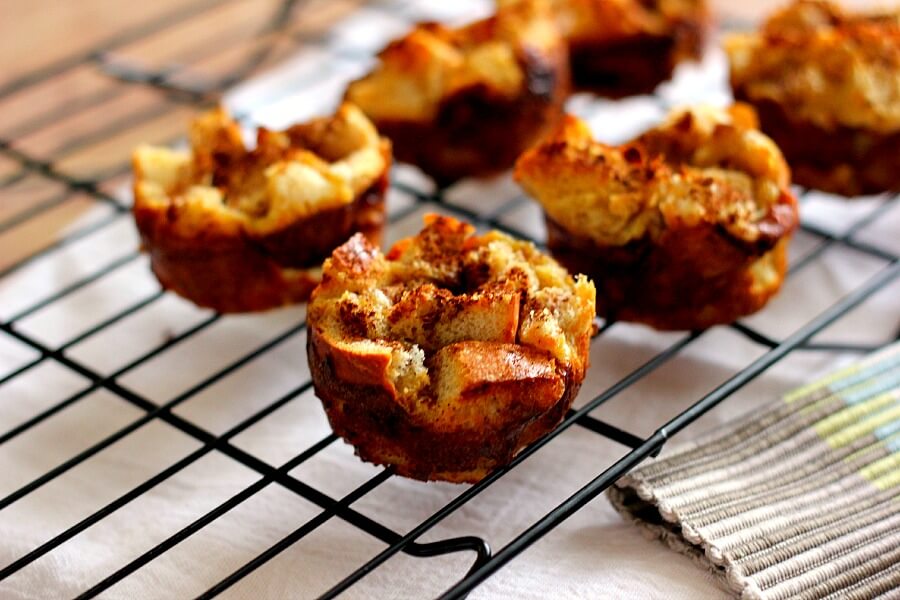 So, I decided to use that same concept and create these Cinnamon French Toast Cups. These mini cups are baked in a muffin tin and are full of French toast flavor. Crispy on the outside and soft on the inside, you’ll love grabbing these bites for an easy breakfast or a quick snack as you head out the door.

These Cinnamon French Toast Cups are adorable, delicious, and filled with the classic flavors of vanilla and cinnamon. After all, everything is better with cinnamon, right?

And guys, these are so easy to make! I used my regular French toast recipe, but just cubed the bread instead. It’s important to let the bread mixture sit  in the refrigerator for several hours so that the egg mixture soaks up and the flavors become intense. If you can stand the wait, refrigerate these overnight and then just pop in the oven in the morning for a quick breakfast!

Once these Cinnamon French Toast Cups are done, let them cool in the pan for several minutes before taking them out of the tin. Garnish with some syrup, peanut butter, cookie butter, jam, you name it and get ready to devour! These cups are fun breakfast for those kiddos or a quick treat and grab on your way out the door. And because these cups taste just like the “grown-up” version of French toast, this will become your new favorite way to make it!

Looking for more french toast recipes? I’ve got you covered!