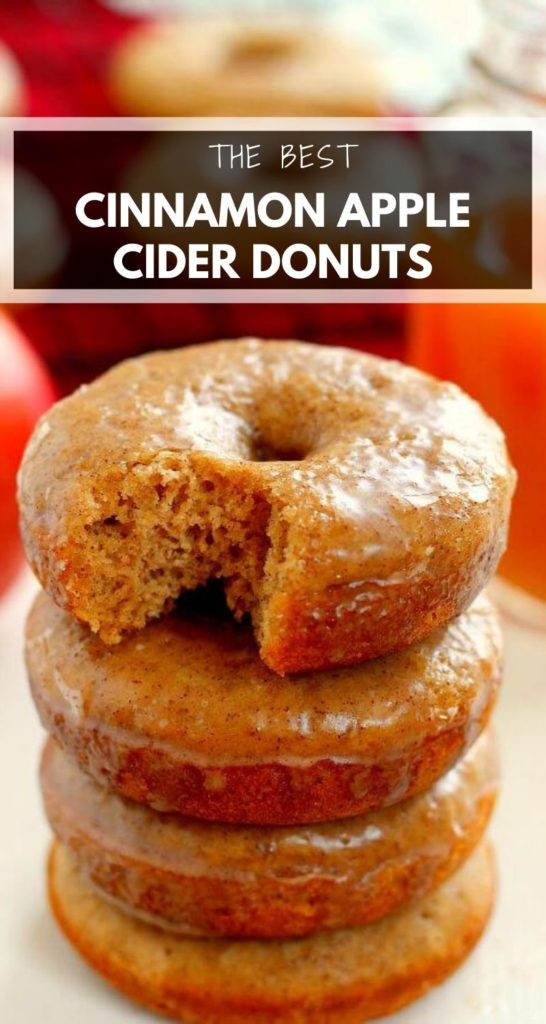 These Baked Apple Cider Donuts are baked to perfection with hints of fall spices and sweet apple cider. Covered in a vanilla glaze that’s sweetened with cinnamon, these donuts are easy to make and the perfect treat for fall! 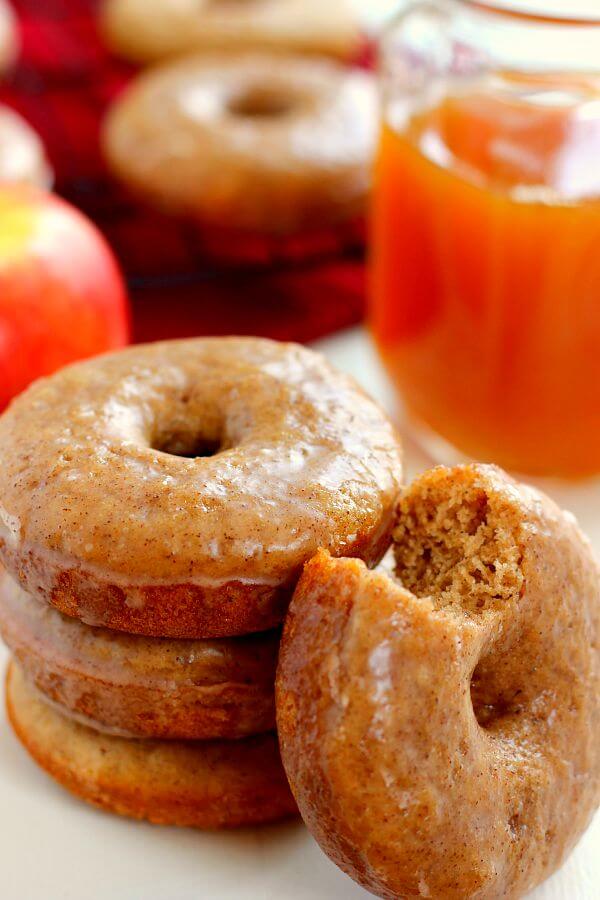 I love fall for many reasons, but one in particular is because of apple cider. It’s usually available year-round at my grocery store, but I never buy it then. It just seems wrong to drink it in the spring or summer. Instead, I patiently wait until September hits to buy a gallon (or two) of apple cider.

And if the hubster and I go apple picking or to a pumpkin farm, I always buy apple cider there, too. It just seems to taste better knowing that it came from a fall-type place. Know what I mean?

So now that fall is in full swing, I’ve been drinking a lot of apple cider. I love sipping on a hot mug at night, or drinking it in over ice during the day. It’s so refreshing and tastes like fall in glass.

If you share my love for apple cider, then you’ll especially love this baked apple cider donut recipe. These donuts are baked to perfection with hints of fall spices and sweet apple cider. Covered in a vanilla glaze that’s sweetened with cinnamon, these donuts are easy to make and the perfect treat for fall.

If you always have apple cider in your fridge come fall, then these homemade apple cider cake donuts are perfect for you. The combination of the cider and spices creates a batter that is full of flavor.

The apple cider pairs well with the cinnamon and nutmeg, giving these cuties the perfect fall taste. These donuts bake up thick and soft, which is a necessity in my book.

And let’s talk about that cinnamon vanilla glaze. It’s finger-lickin’ good! I’m not even going to admit how many spoonfuls I “tested” before glazing the donuts.

And it’s so easy to prepare, too! Just whisk together some powdered sugar, milk, vanilla extract, and cinnamon. It combines hints of vanilla and cinnamon that pair perfectly with the apple cider donut. Trust me, this will be your new favorite glaze! 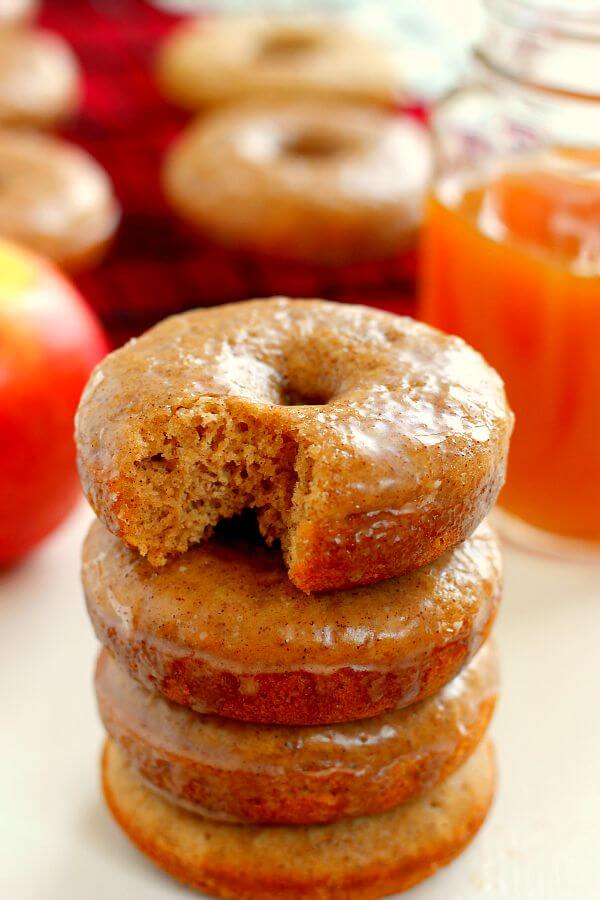 These cinnamon-vanilla glazed donuts have two parts: the apple cider donut itself and the sweet glaze. Here’s what you’ll need to make this recipe: 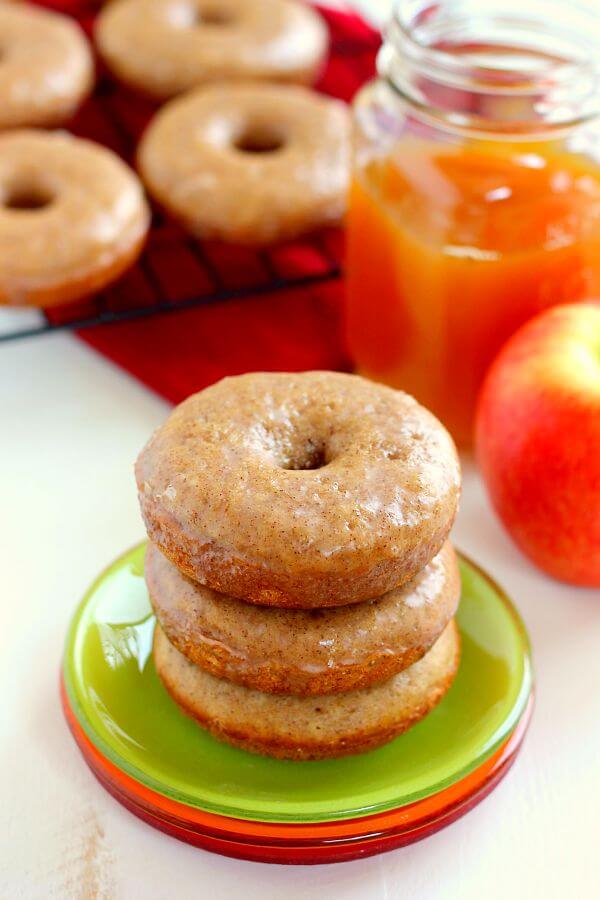 Did I mention how easy these homemade apple cider donuts are to make? Everything is made in one bowl (besides the glaze), with no mixer required.

One bite and you’ll fall in love with the soft texture and cozy flavor of these vanilla glazed apple cider cake donuts. These donuts scream “fall” and are best enjoyed with a tall glass of fresh apple cider.

These baked apple cider cake donuts are best enjoyed right away. However, they’ll last up to 3 days at room temperature.

Can Apple Cider Donuts Be Frozen?

Yes, they can be stored in a freezer bag for up to 3 months. I recommend freezing them without the glaze for best results. 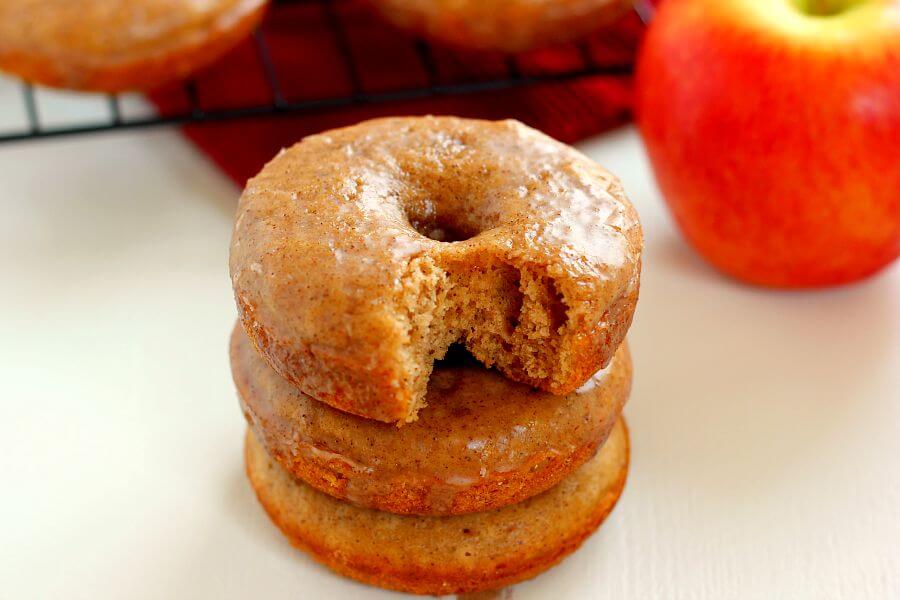