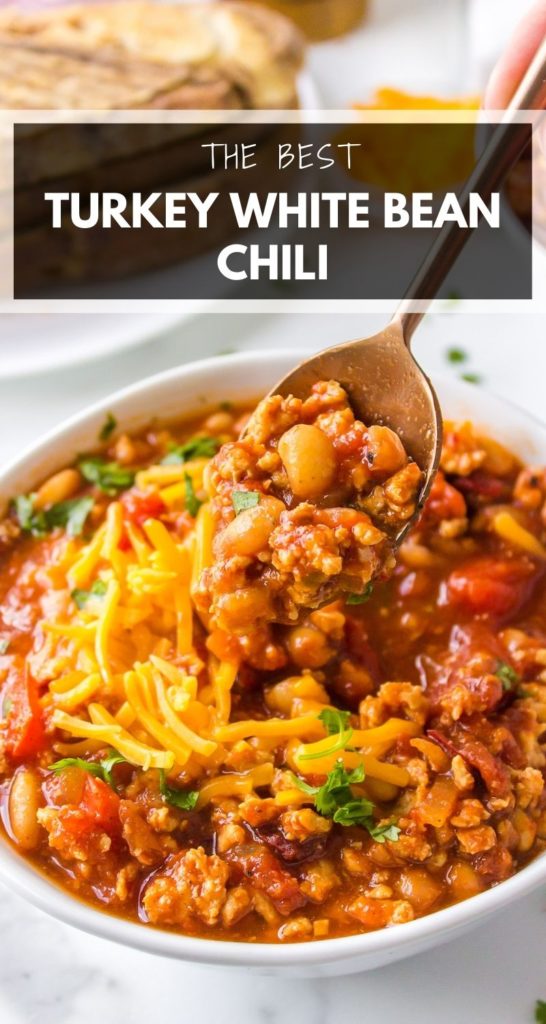 This White Bean Turkey Chili is hearty, smoky, and slightly spicy. Best of all, it’s ready in less than an hour. Make a big batch to enjoy now or freeze a portion for later! 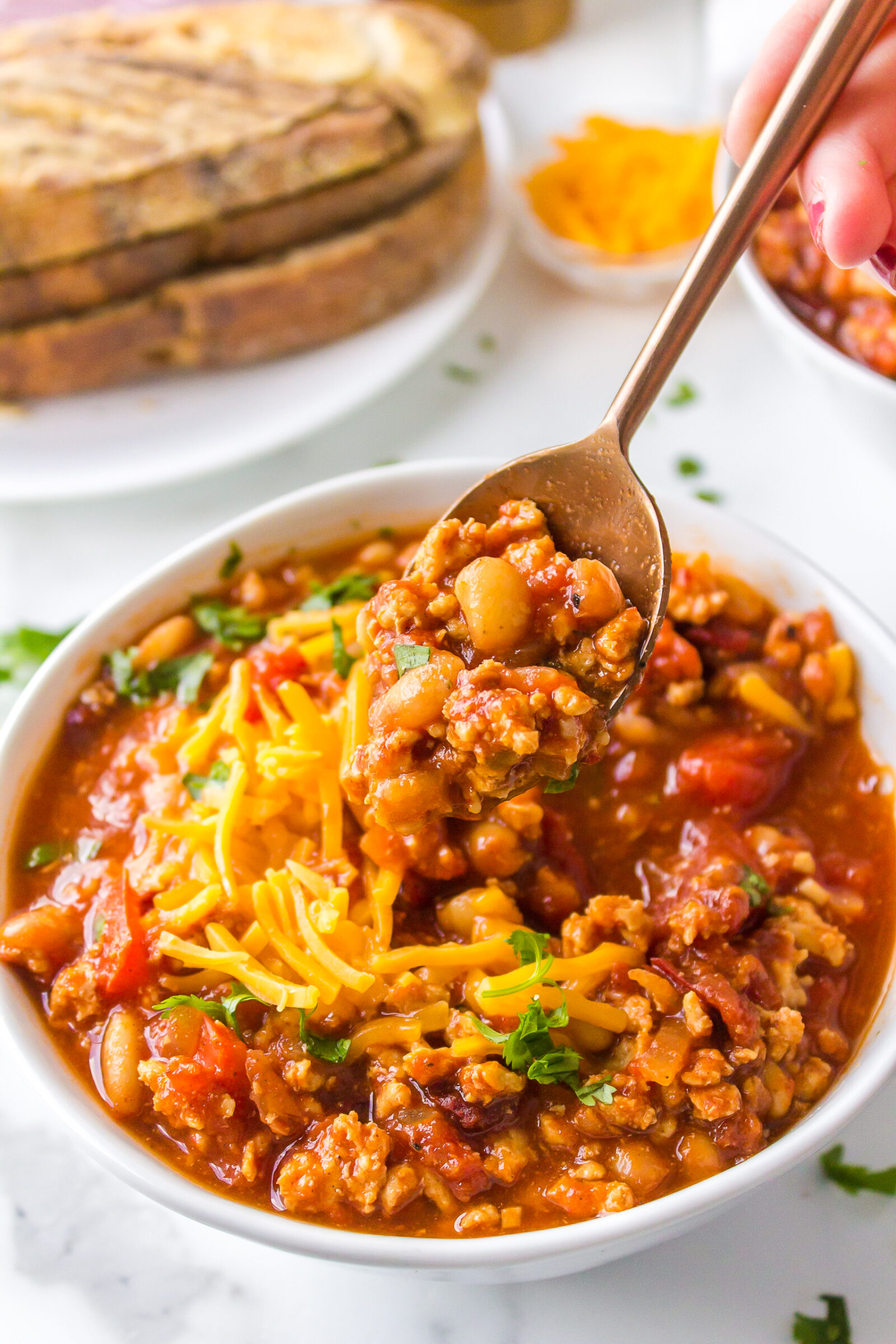 During the colder months, chili graces our dinner table more often than I care to admit. It’s so quick and easy to make, and I love that leftovers taste even better over time!

However, I typically have to make chili without beans because the hubster doesn’t like beans in his chili. (Don’t get me started!)

This white bean turkey chili is an exception, though! White beans stay tender and creamy after being cooked with juicy ground turkey, smoky chipotle peppers in adobo sauce, and the usual chili fixings.

While this isn’t a white turkey chili recipe, it’s not as tomato-heavy as a classic chili recipe either. I combined canned tomatoes and chicken broth to create the base of this chili since ground turkey is milder in flavor than ground beef.

This is a great make-ahead recipe for weeknight dinners, winter gatherings, or meal prep! Serve it with a green salad or a piece of cornbread to complete the meal. 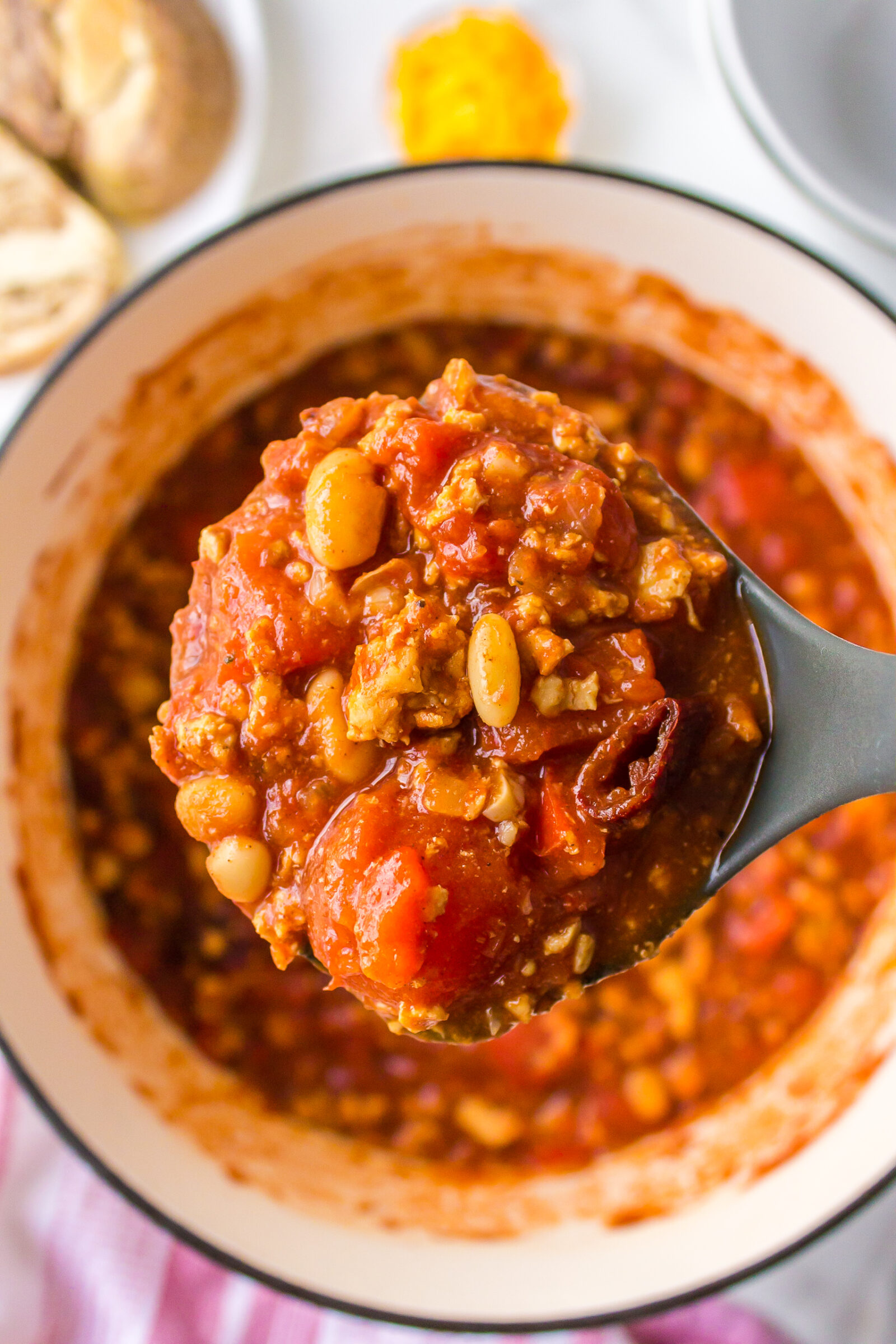 Making ground turkey chili with white beans requires basic ingredients you likely have on hand. The only “special” ingredient is the chipotle peppers in adobo sauce, which you can find at any major supermarket.

Gather the following ingredients to make the recipe:

How to Make Turkey Chili with White Beans

This white bean chili with ground turkey comes together in under an hour, but the blend of spices and chipotle peppers infuses it with so much flavor that it tastes like it’s been simmering on the stove all afternoon!

The process for making turkey white bean chili is simple: 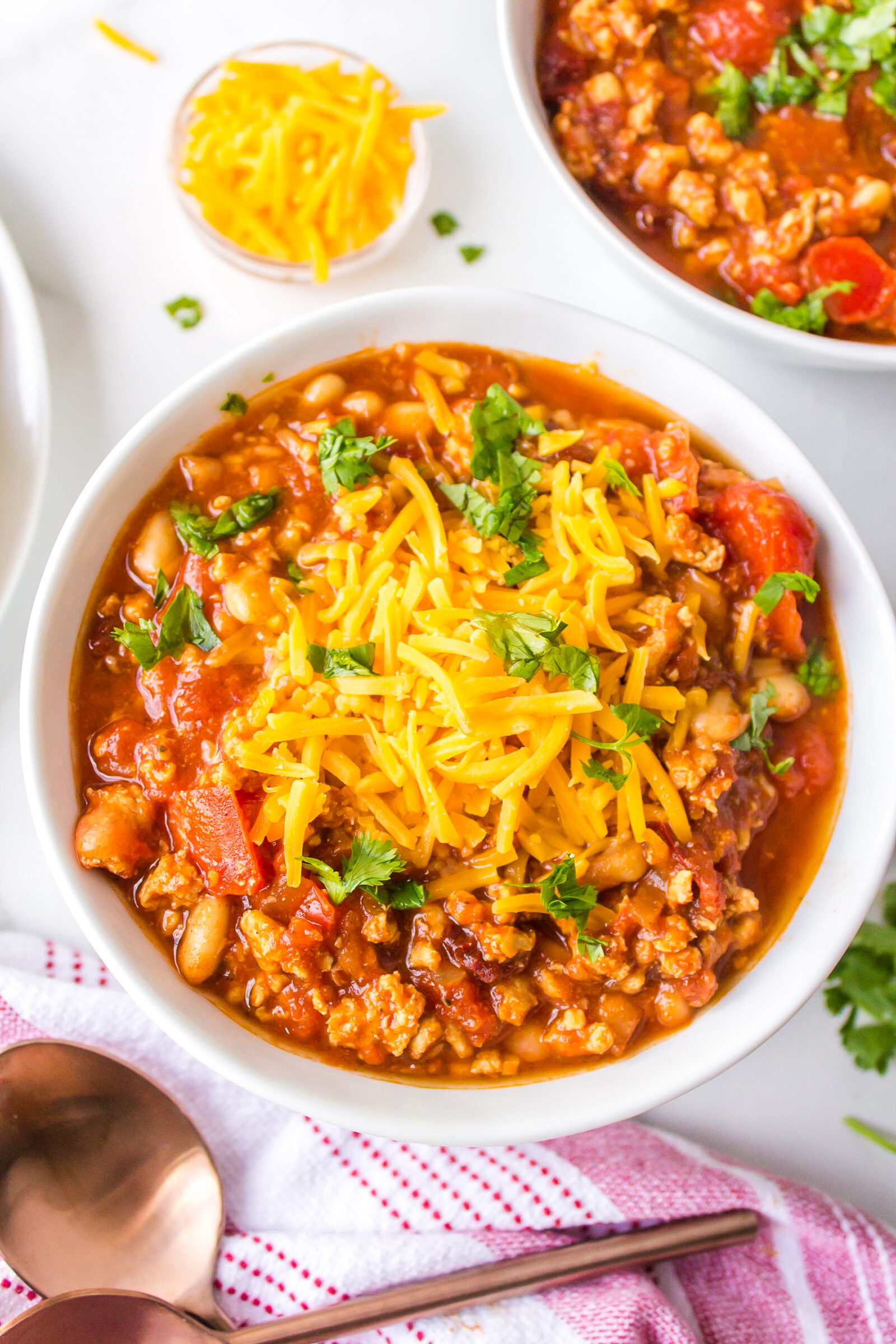 Can This Recipe Be Made in Advance?

Absolutely! The chili will last up to 5 days in the fridge, and the flavor improves as the ingredients have time to mingle with the spices.

Reheat on the stovetop when ready to serve the leftovers.

Can This Recipe Be Made in a Slow Cooker?

Yes! Making this recipe for white bean turkey chili in a slow cooker would be great for parties or busy weeknights.

To make this recipe in a slow cooker: 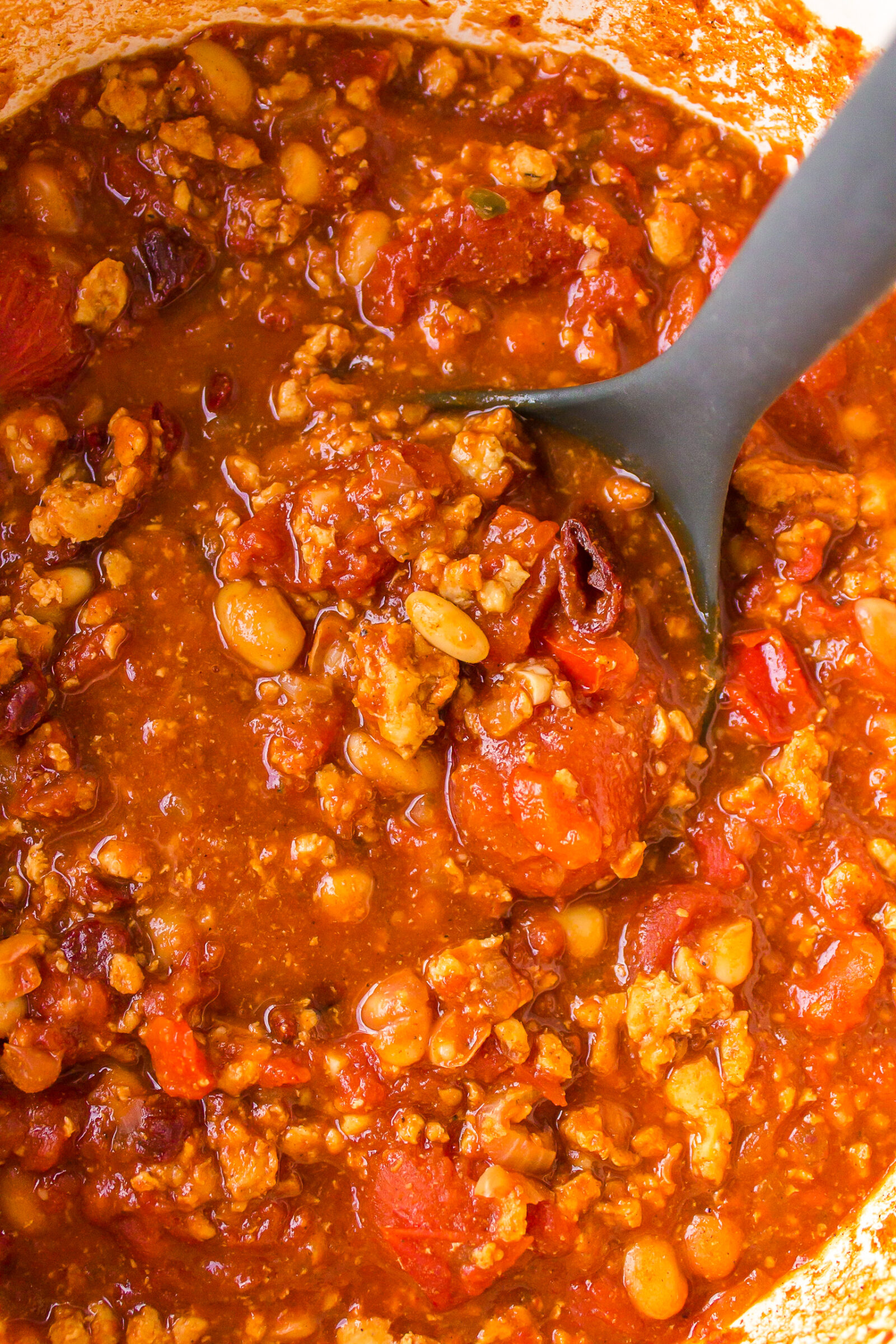 Looking for More Easy Chili Recipes? I’ve Got You Covered!