This Cinnamon Streusel Blueberry Banana Bread is packed with the classic banana bread flavor, loaded with juicy blueberries, and topped with a sweet and crumbly cinnamon streusel. Soft, moist, and perfectly delicious, this quick bread makes the best breakfast or dessert! 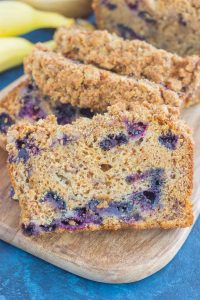 It’s 2018…wow does that look weird in writing! It also feels even weirder to say.

I hope you all had a joyous holiday season and rang in the new year with loved ones. I know I did! After taking the last week or so off from blogging (for the most part, anyways), I’m ready to start the new year off with a bang!

Now, I guess you could say that I’m breaking tradition, since I’m sharing with you a favorite quick bread of mine, but, I thought it would be nice to start 2018 with a deliciously sweet treat, that’s very similar to a muffin. And I think you agree, right? 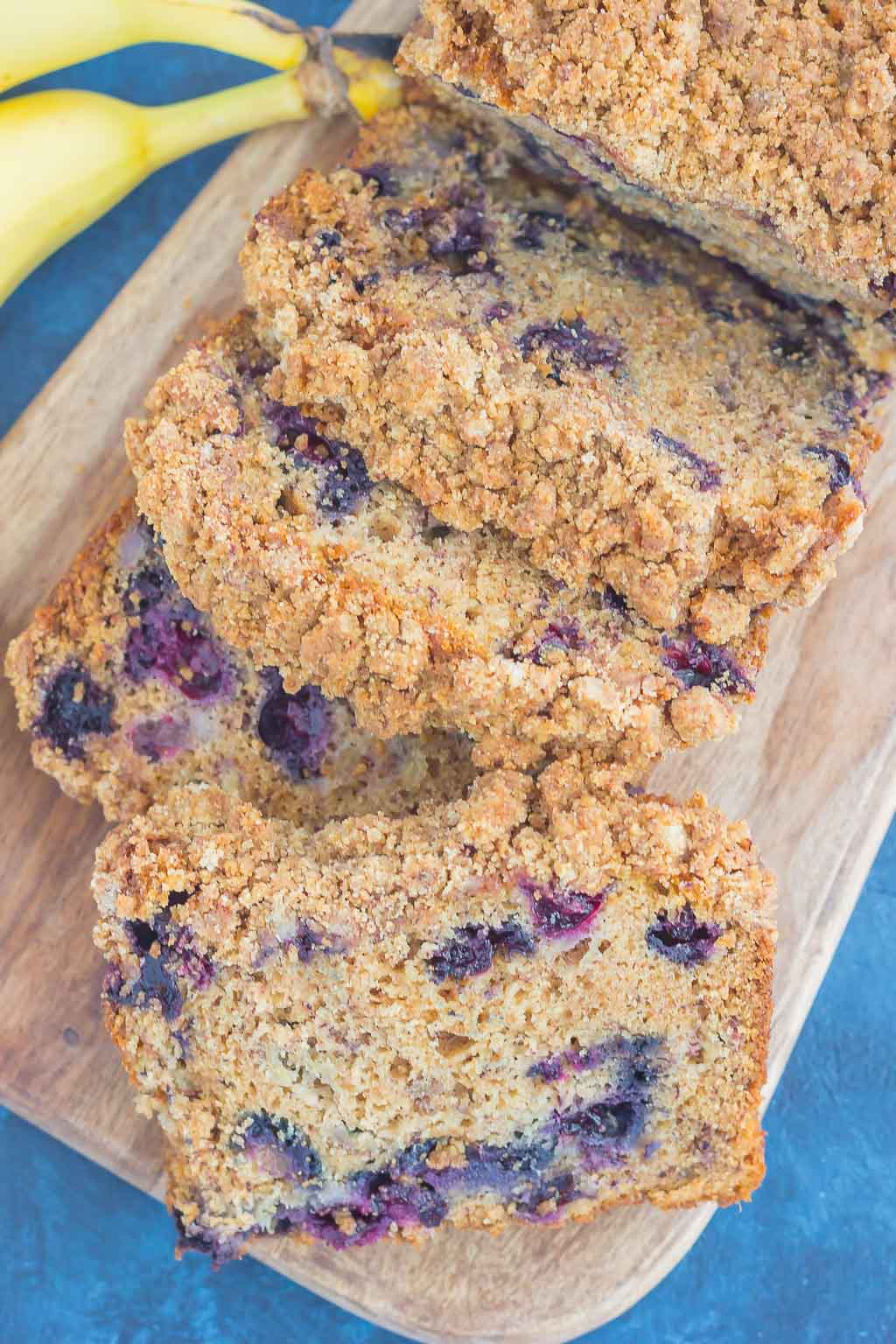 This Cinnamon Streusel Blueberry Banana Bread is packed with the classic banana bread flavor, loaded with juicy blueberries, and topped with a sweet and crumbly cinnamon streusel. Soft, moist, and perfectly delicious, this quick bread makes the best breakfast or dessert!

If you’ve been hanging around here long enough, you know that I’m all about banana bread. From this Banana Bread Granola, to that Banana Bread Smoothie, those Banana Bread Scones, and this Baked Banana Bread Oatmeal, I love it all. So, it only seemed natural that I take my classic banana bread recipe and jazz it up a bit.

Blueberry and banana make the most delicious combination, especially when cinnamon streusel is involved. It’s moist, packed with flavor, and just captures the flavors of the fruits perfectly. 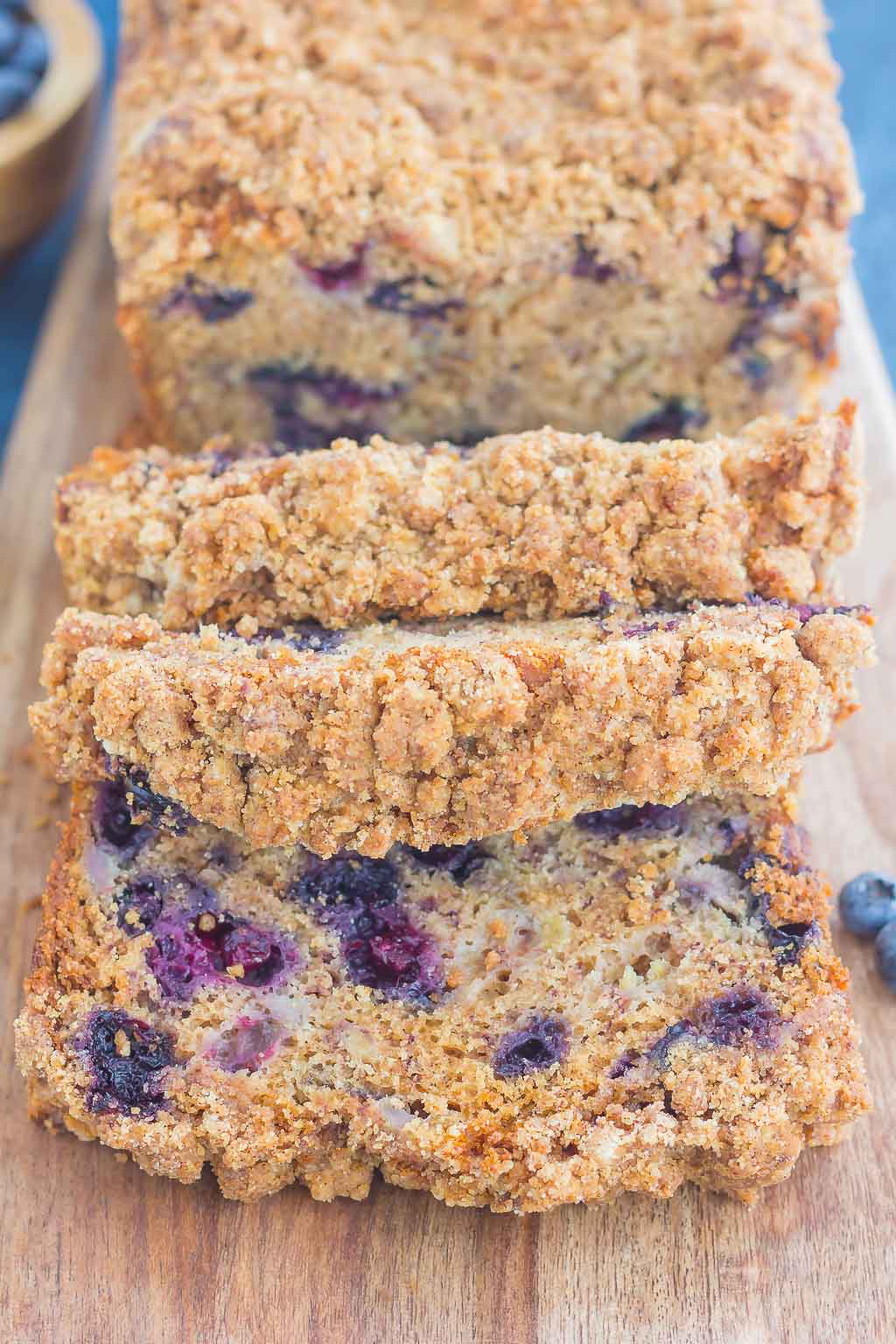 This Cinnamon Streusel Blueberry Banana Bread is my favorite quick bread to date. As soon as I smelled it baking in the oven, I knew I had a winner. The texture, the flavor, and that sweet, cinnamon-y, brown sugary streusel adds the most perfect crunch of sweetness. I mean, just look at that crumble on top!

If you’re a lover of banana bread, I guarantee this is the only recipe that you’ll need from here on out. Like most of my baked goods, I added in some Greek yogurt to keep the bread extra moist, without sacrificing flavor. And did I mention the cinnamon streusel? If you haven’t tried it on top of banana bread before, you’re totally missing out. Trust me…it’s a game-changer!

So, grab those blueberries and bananas and whip up this easy Cinnamon Streusel Blueberry Banana Bread. One bite and you’ll be hooked on the texture, flavor, and all-around deliciousness! 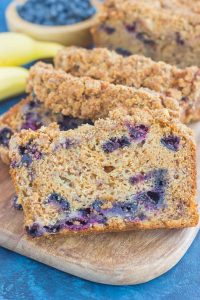 Looking for more quick bread recipes? I’ve got you covered! 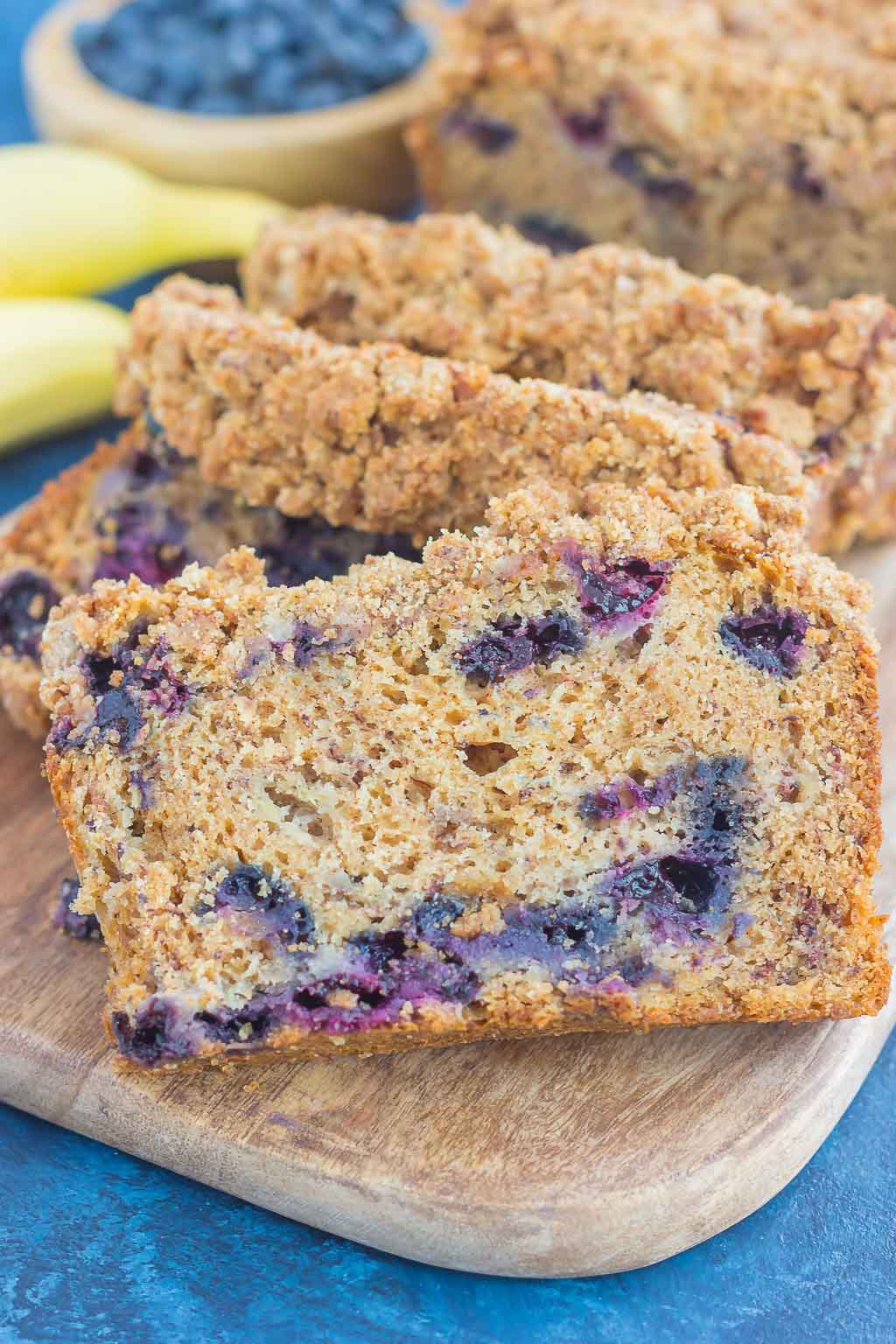 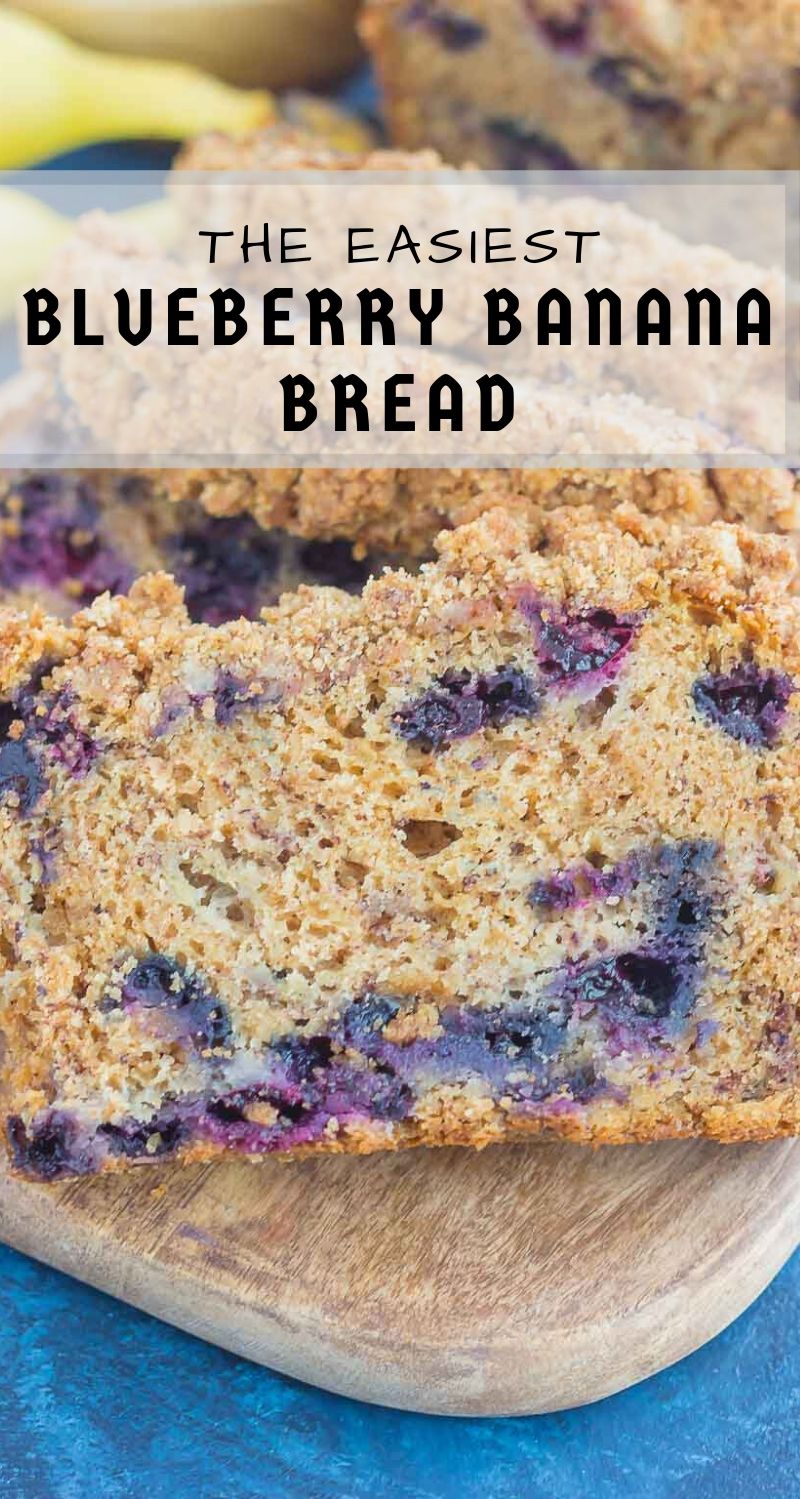