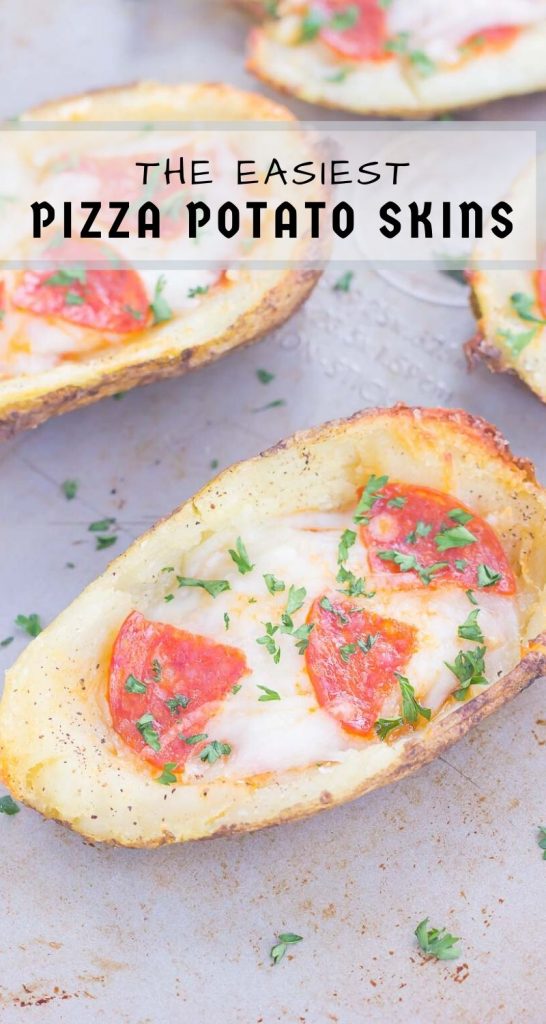 Loaded with pizza sauce, fresh mozzarella cheese, pepperoni and seasonings, these Pizza Potato Skins are sure to be a crowd-pleasing appetizer or snack! 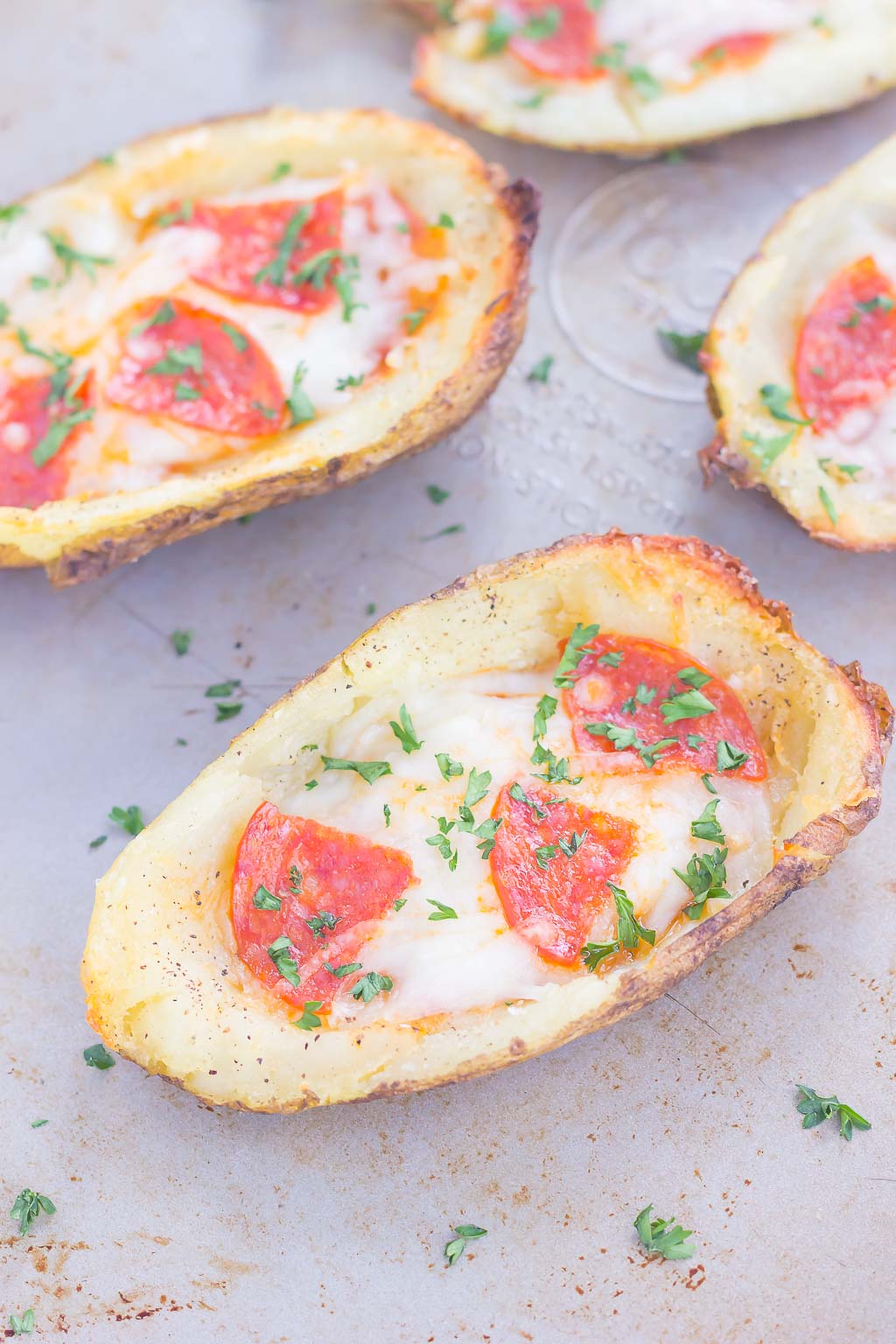 **april 2018 update! this recipe was originally posted in august 2014. i decided that the photos desperately needed updating, so i reshot the recipe (but still kept the ingredient list and directions the same). i also kept the original post/story below that i wrote four years ago!**

Carb-loaded and full of starch.

I’m a potato fan. Baked, broiled, mashed, steamed, roasted, or fried, I pretty much like any potato that comes my way. From these Garlic Parmesan Smashed Potatoes, to those Broccoli Cheddar Stuffed Baked Potatoes and these Herb Roasted Potatoes, I love them all.

But then there’s the outcast…potato skins. My feelings on these little guys are somewhat distorted. Even loaded with cheese, bacon, and sour cream, I just don’t swoon over potato skins like I do their cousins. I don’t hate ’em, but I could definitely live without ‘em…until now.

I took an average potato skin and gave it a delicious makeover, creating these zesty Pizza Potato Skins! Loaded with pizza sauce, fresh mozzarella cheese, pepperoni and seasonings, these potato skins are sure to be a crowd-pleasing appetizer or snack! And because everyone likes pizza, who can resist these perfectly proportioned appetizers? 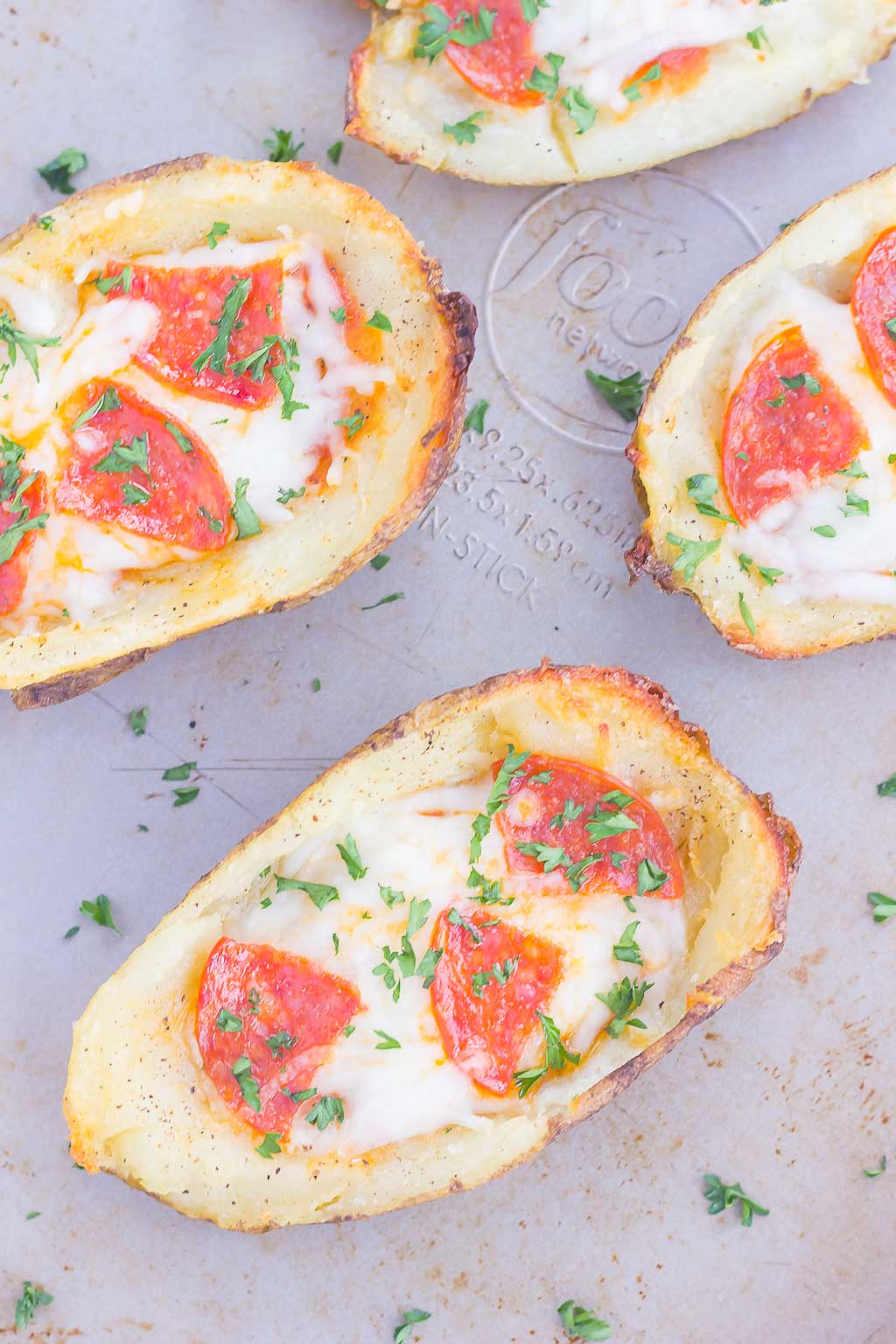 I don’t know about you, but I could eat appetizers for dinner every so often. There’s just something about snacking on some delicious foods that cures my cravings.

And these Pizza Potato Skins would definitely be on the menu! Just like my Restaurant Style Salsa and this Cobb Salad Dip, these potato skins are a breeze to whip up. Simply scoop out the insides of your potatoes, bake, layer with pizza sauce, cheese, pepperoni (or your desired toppings), season, and broil. That’s it!

Perfectly crisp and delicious potato skins that tastes like pizza. And because these Pizza Potato Skins are so versatile, feel free to add your favorite toppings, adjust the seasonings, or swap out pizza sauce for Alfredo sauce. The combinations are endless!

So the next time your in the mood to jazz up an old favorite or are hosting a party, try out these Pizza Potato Skins! I promise you’ll never go back to plain ‘ole potato skins again! 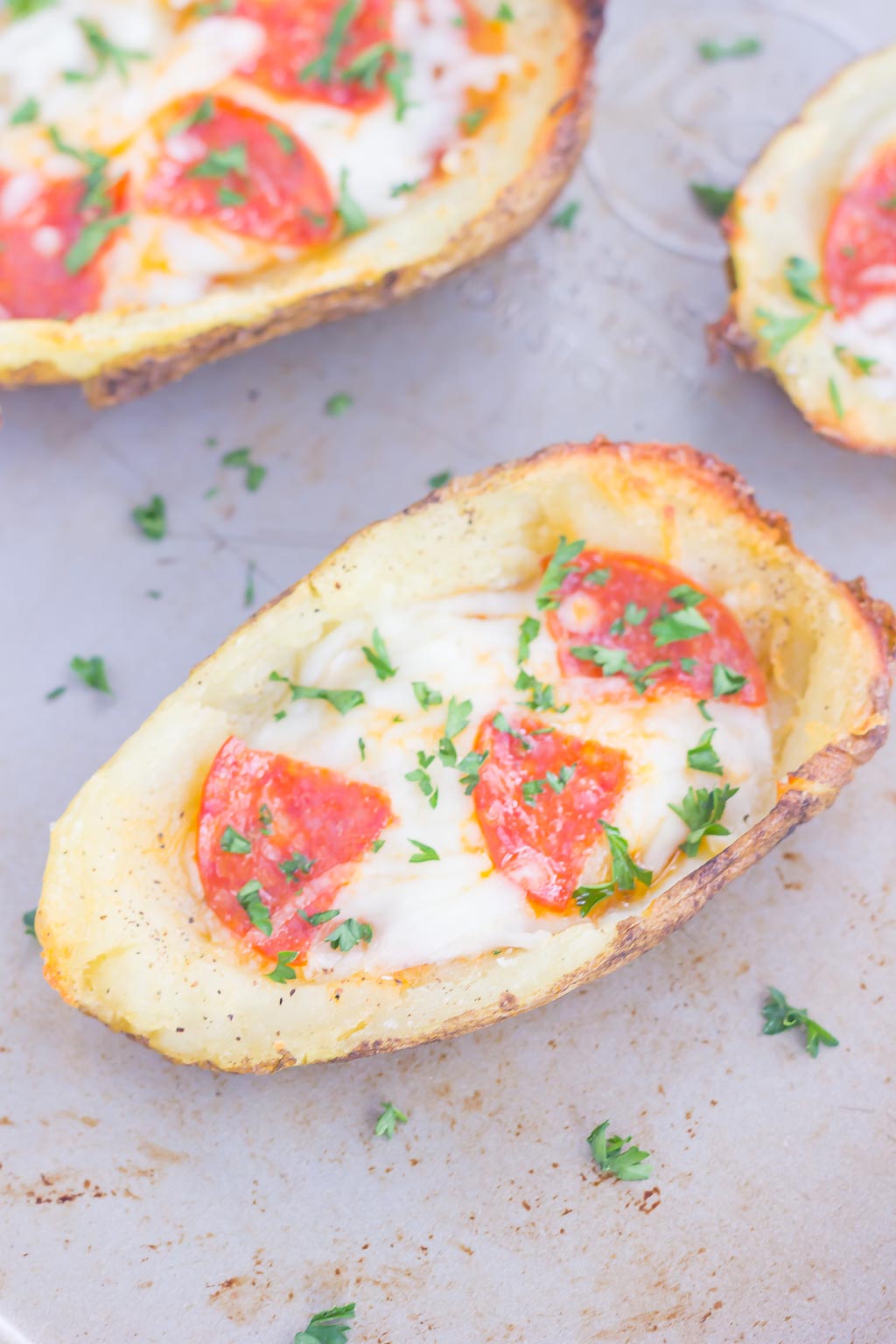 Looking for more appetizer recipes? I’ve got you covered!

Potato skins will keep in the refridgerator for up to three days.