This Easy Black Bean Soup is zesty, filling, and ready in just 30 minutes. Loaded with black beans, spices, and lots of flavor, this simple soup serves as a hearty main dish and is perfect for a meatless entree! 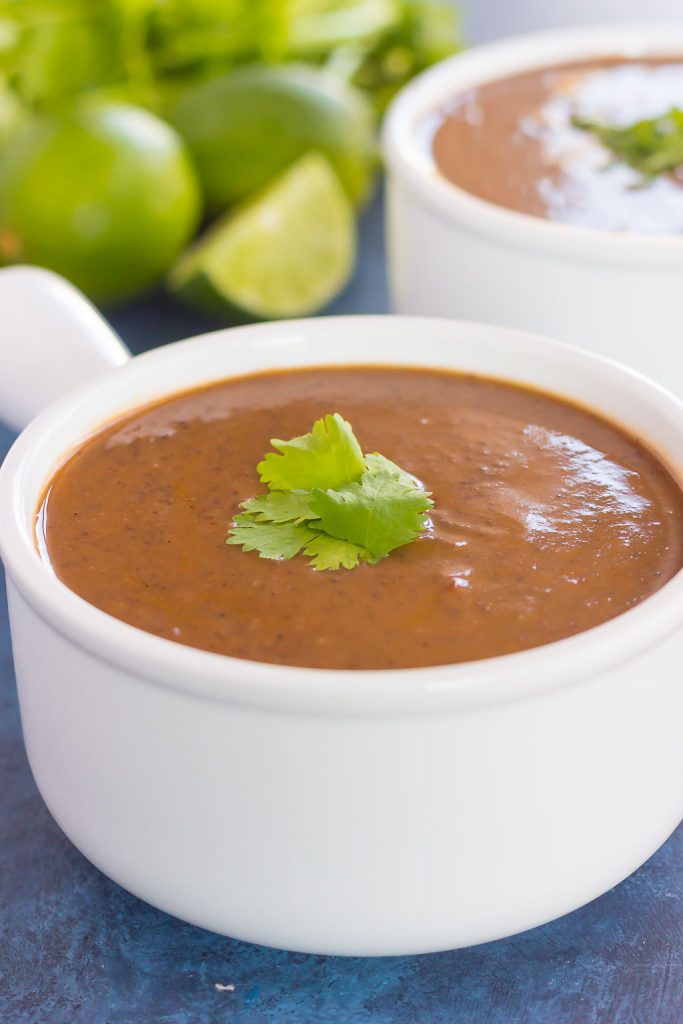 I consider myself to be a well-rounded when it comes to food.

I’m not really a picky eater, or at least I think so. Sure, there are certain foods that I won’t touch with a ten foot pole (I’m looking at you coleslaw, cottage cheese, cucumbers, celery, and potato salads). But, for the most part, I will try everything and like most of it, too.

So, it’s kind of strange to me that the first time I had black bean soup was about two years ago at a Mexican restaurant.

Now, I love black beans. Especially in this Black Bean Taco Quinoa Skillet, that Southwest Chicken and Rice Bowl, and this Sweet Potato Chili Pasta. But, in a soup? For some reason, I had never had it before! Strange, especially for a food blogger, right? 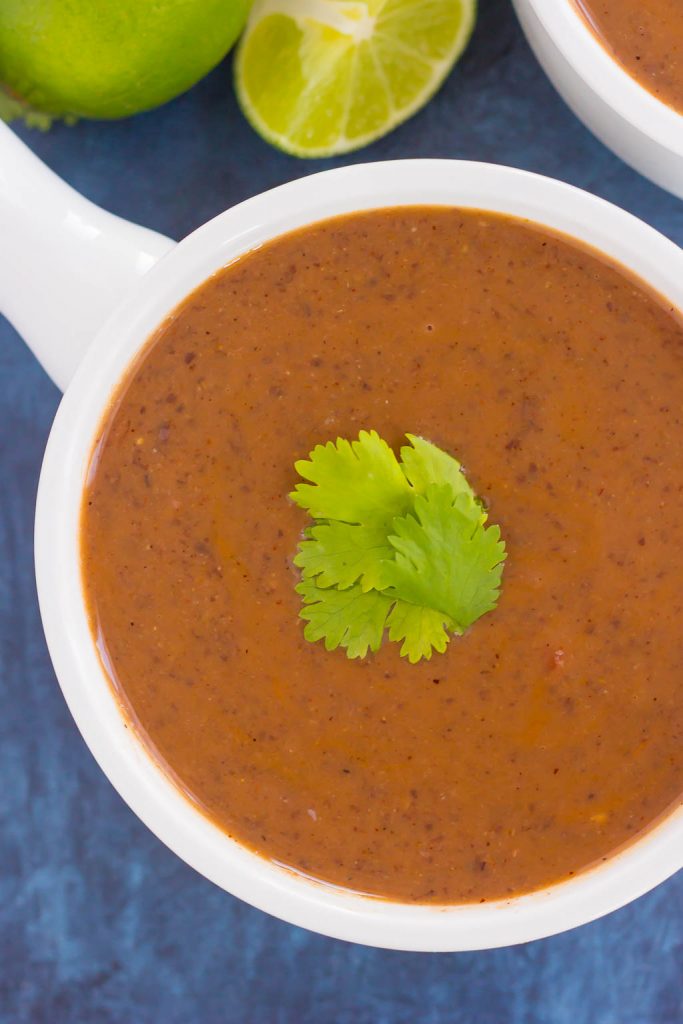 I was a little skeptical to try it, but once I did, I was hooked. And ever since then, I’ve been a black bean soup connoisseur. I’ve been on the hunt for black bean soups. Some I like, some were ok, and some weren’t worth having again. But, nevertheless, I still enjoyed them all.

So, it’s time for me to share this Easy Black Bean Soup for the April installment of Thirty Minute Thursday!

This Easy Black Bean Soup is zesty, filling, and ready in just 30 minutes. Loaded with black beans, spices, and lots of flavor, this simple soup serves as a hearty main dish and is perfect for a meatless entree!

I will admit that I researched a lot of black bean soup recipes and had my fair share of recipe fails when trying to make this a 30 minute meal. Most black bean soups that I found were either made in the slow cooker or took more than 45 minutes to make. Fine if you have the time, but since we’re talking about 30 minute recipes today, that just wasn’t going to cut it. 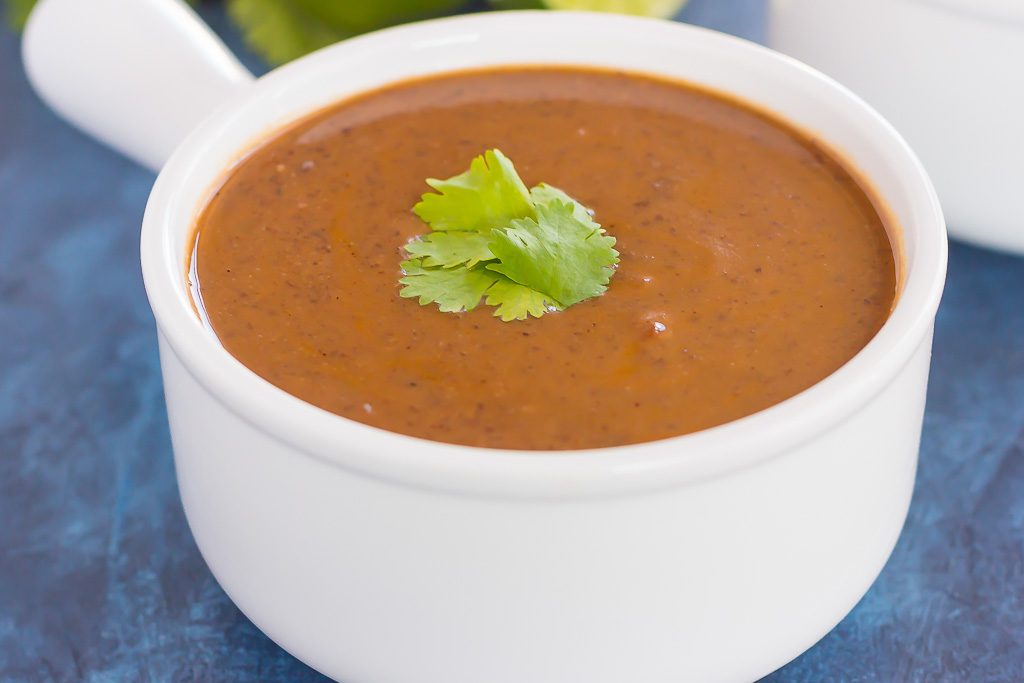 After some trial and error, I finally perfected this Easy Black Bean Soup. It’s loaded with flavor and packed with deliciousness. The creamy texture, while still keeping some of the beans and veggies intact, makes this soup extra special.

And it’s really so easy to make, friends! Hence the name Easy Black Bean Soup! If you’re on the hunt for the perfect meatless Monday dish, or are just in need of a hearty soup, then look no further. I guarantee this soup will rival the restaurant versions.

Some tips to remember:

So grab those black beans and whip up this flavorful Easy Black Bean Soup! 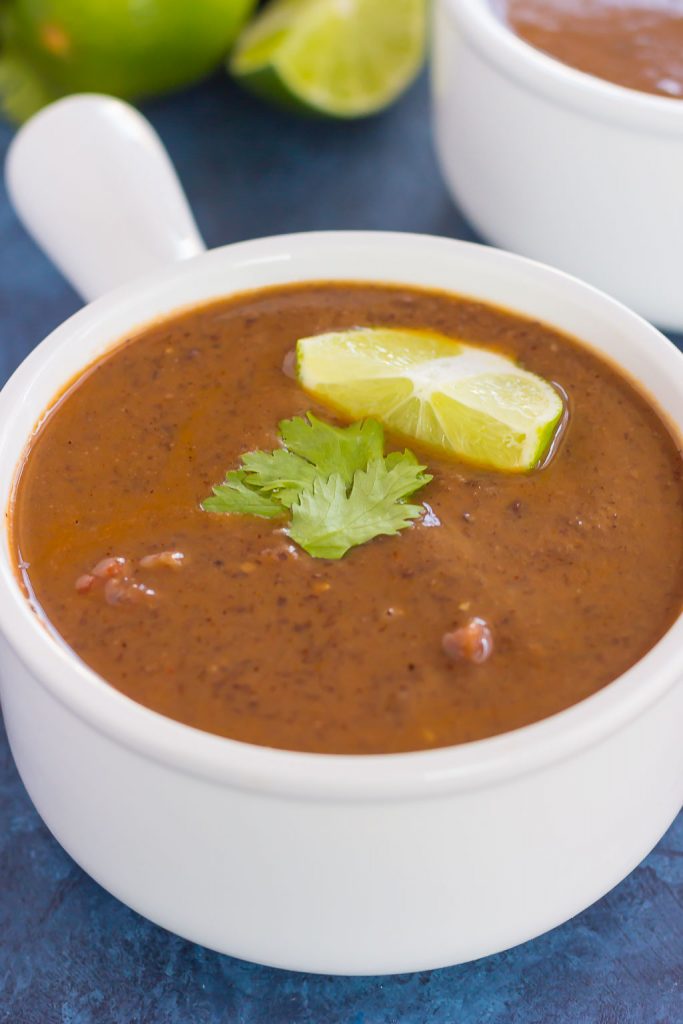 Looking for more 30 minute meals? I’ve got you covered! 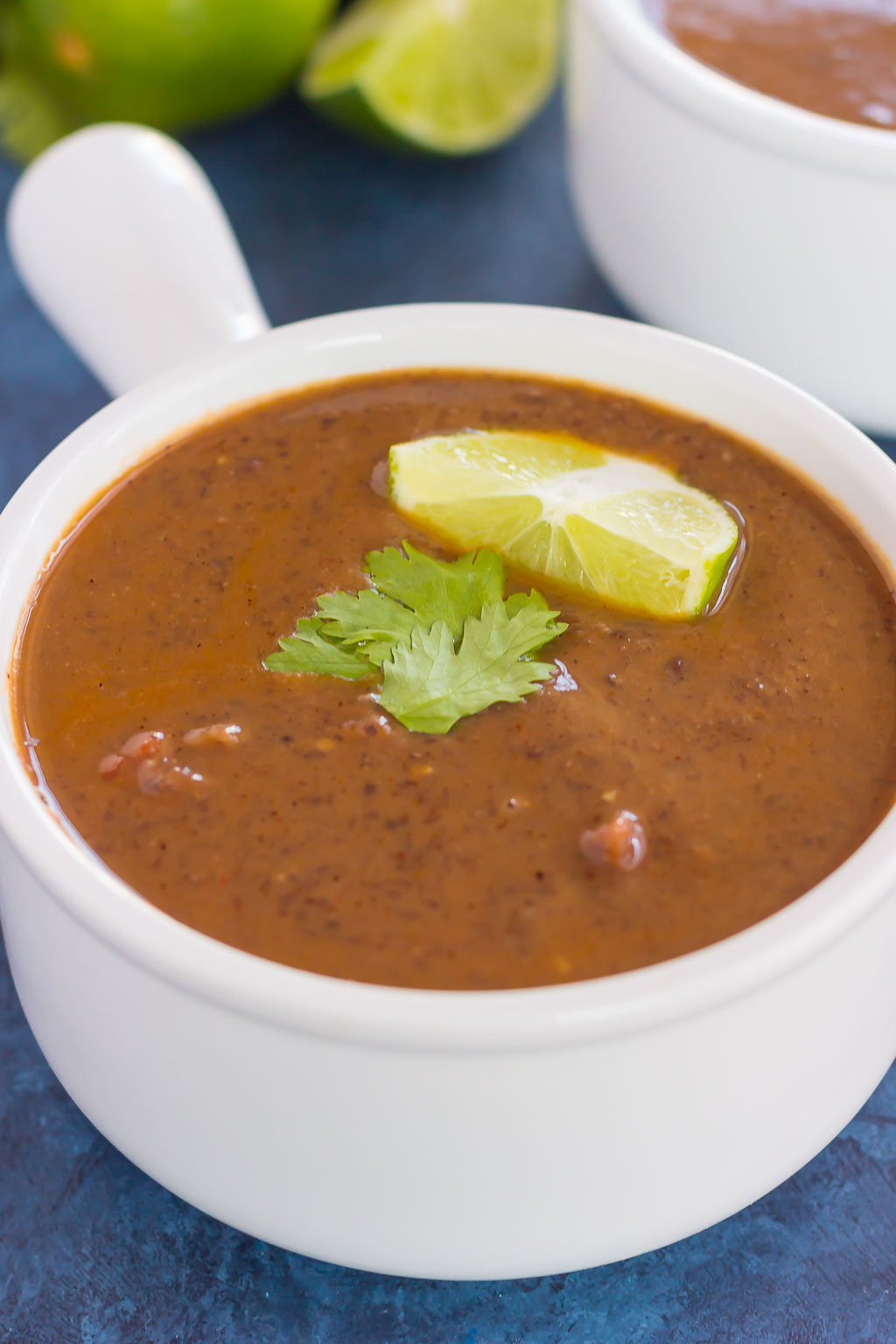 Lightly adapted from The Pioneer Woman 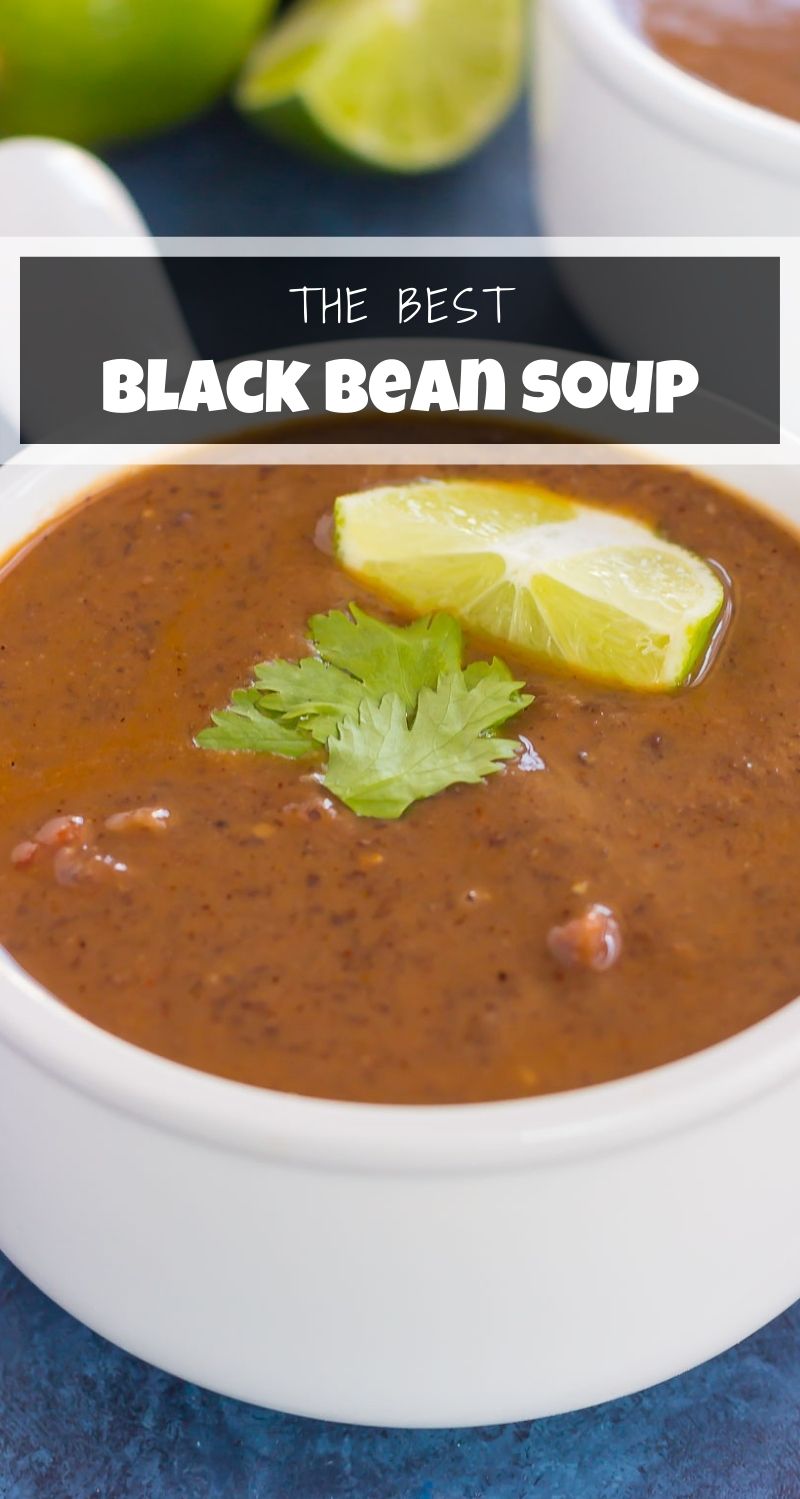